NewsGroove Uk
NewsGroove Uk > Parenting > I’m a lazy mum – my girl, one, doesn’t have a bedtime, chooses when she eats & makes as much mess as she likes
Parenting

I’m a lazy mum – my girl, one, doesn’t have a bedtime, chooses when she eats & makes as much mess as she likes


A SELF-CONFESSED lazy mum has revealed she doesn’t set bedtimes, isn’t worried if her daughter doesn’t eat and lets her make as much mess as she likes.

Kristyn Sommer, from Australia, is mum to a one-year-old girl and has a PhD in Child Development.

Posting on TikTok, she debunks popular parenting myths and teaches parents ways they can cut corners without harming their kids’ development.

“I’m super, super lazy,” she admits. “I don’t want to have to constantly be entertaining my child.”

Talking through her methodology, she explains: “I don’t give my kid a bedtime.

“One: It doesn’t work and it just made my mental health worse, because I was trying to put her to sleep and tearing my hair out and spending hours doing it, and two: she’s clever.

“She knows when she needs to go to sleep. Just like you. Sometimes you’re not tired at bedtime.”

In another clip, called “what’s the biggest parenting myth you’ve ever heard?” she adds: “Sleeping training doesn’t give children any better cognitive advantage in later life.

“Science shows that kids who are sleep trained aren’t actually getting anymore sleep, at all, not even a matter of minutes, than children that are not sleep trained.”

The mum is similarly relaxed about mealtimes.

She says: “I don’t worry about how much she is eating. I don’t panic that she’s hasn’t eaten enough today, therefore she’s starving. And she’s going to wake up a million times tonight.

“Science has proven that kids don’t really do that. They don’t wake up if they’re hungry unless they’re starving. Obviously.

“What I prefer to do is make sure that she listens to her body. If in that moment when I’m serving her food, she’s not hungry, that’s OK.

“Think about how you feel when you’re hungry, and when you want food.

“Your child is exactly the same but without the same kind of self-control mechanisms. And without the ability to actually go and get themselves a snack.

“So if you want my advice, stop stressing about what your child’s eating and when, and just let them tell you.”

Kristyn also lets her daughter make as much mess as she likes – and actively encourages her to do so.

She says: “I let my kid get messy, like really really messy.

“I’m so into her getting messy that I make her all these special sensory materials so she can get even messier again.

“It enhances fine and gross motor skills and hand-eye coordination, amongst a whole host of other things.

“On top of that, it’s also inclusive. Every single child can engage in messy sensory play.

“So I do a lot of sensory play with my daughter. I do it almost every day.”

Krysten previously revealed how she had ditched her baby gate and lets her daughter sleep in a double bed, instead of a cot. 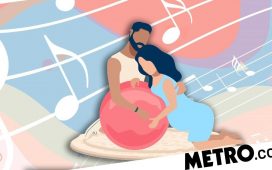 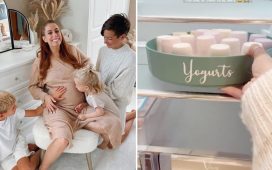 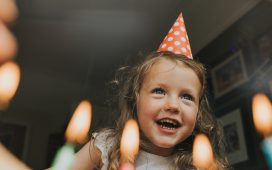 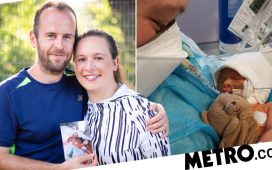 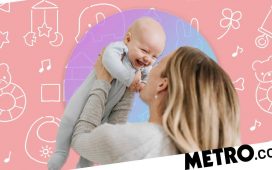