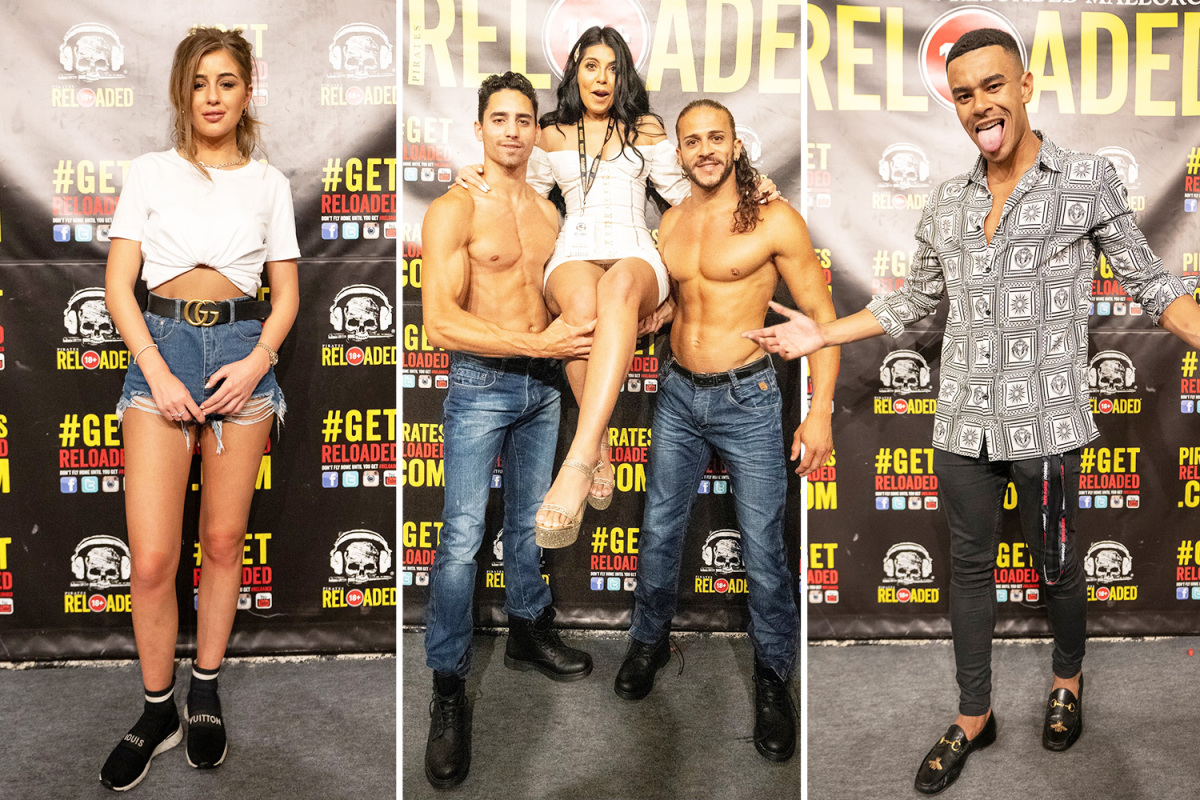 CARA De La Hoyde showed off her amazing figure in a white mini dress as she celebrated her hen do in Majorca with Love Island stars Georgia Steel and Wes Nelson.

The 28-year-old beauty is set to marry her Love Island beau Nathan Massey in the coming weeks, and she and her bride tribe were in high spirits as they hit the Pirates acrobat show, Magaluf.

Cara looked sensational as she posed with her pals, with Ibiza Weekender couple Jordan Davies and Isobel Mills also in attendance.

She teased a glimpse of her leg tattoo in a short, fitted dress with bardot sleeves.

The chic design showed off Cara’s enviable figure, with her nails painted white to match the outfit in a fitting tribute to her upcoming nuptials.

The reality star had her long black hair loose and wavy around her shoulders.

She also posed with some of the hunky stars of the show, who lifted Cara into the air – much to her delight.

Wes and Georgia also posed for the camera, with 20-year-old Wes looking stylish in a patterned shirt, fitted jeans and black loafers.

He stuck his tongue out for the cheeky snap, with his fellow 2018 Islander Georgia keeping it casual in a white T-shirt and denim hotpants.

THRONE IT OUT THERE

READ  #OscarsSoWhite (and male) looks headed for a sequel

BUM IN THE SUN

No woman was safe

Meanwhile, Jordan wore a trendy striped shirt with white shorts, while Isobel looked stunning as she flashed a hint of her toned figure in a pink latex two-piece.

Cara and Nathan confirmed their engagement two years after winning Love Island together – with Nathan proposing to Cara in the ITV2 villa that they met in.

The pair will be getting hitched in July, and Cara previously revealed that their 19-month-old son Freddie will play a “big part” in their special day.