YouTuber NikkieTutorials has slammed Ellen Degeneres, saying the TV host ‘didn’t even say hello’ when she appeared on her show in January.

The beauty guru – real name Nikkie de Jager – came out as transgender earlier this year, with her first interview afterwards being on The Ellen Show.

However, now, Nikkie has said things weren’t quite as smooth-sailing as they might have seemed.

Asked what her experience on the show was like, the 26-year-old said: ‘It’s really nice that you came over and said hello to me… She didn’t.’

‘What I’ve experienced here and in other countries [is] that it’s really a whole different world. It’s more distant,’ she added to  De Wereld Draait Door, a Dutch talk show (via Buzzfeed).

However, she acknowledged that it was ‘an honour’ to be asked to appear on the show.

Nikkie, who boasts a following of more than 13 million on YouTube, came out as trans back in January, explaining: ‘I can’t believe I am saying this today, to all of you, but damn it feels good to finally say it.

‘When I was younger I was born in the wrong body, which means I am transgender.’

She added in the 17-minute video: ‘I am here to openly share that I am transgender. And with this message, I want to inspire little Nikkies around the world who feel insecure, who feel out of place, who feel misunderstood.

‘I hope by me standing up and being free that it inspires others to do the same, to truly live your life like you want it and the way you deserve it.’

Appearing on The Ellen Show later that month, she relived the terrifying moment she was blackmailed to come out.

‘A couple of weeks ago I got emails from a certain person and he was not okay with the fact that I was “lying” and wanted to expose that,’ she said.

Nikkie added: ‘He had a very pressuring tone of voice and was like, “If we don’t get an answer by tomorrow, it’s out.”

‘I feel like his entire goal was with this to destroy my life.’

With the star laughing that ‘plot twist, that didn’t happen,’ she revealed her fiancé Dylan gave her the strength to open up to her viewers.

READ  Wes Nelson & Jack Fowler appeal for single ladies to join them at 'Love Island' villa
Share on FacebookShare on TwitterShare on PinterestShare on Reddit
newsgrooveApril 1, 2020 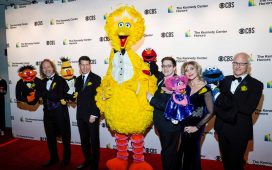