YouTube star Manny MUA has denied hooking up with his friend James Charles, but has admitted that he and Tati Westbrook are now on good terms after the great feud of 2019.

The beauty guru, who is one of James’ close friends, took to YouTube to address some rumours about himself – and it got pretty juicy.

Chatting about claims that he and his fellow YouTuber were dating, Manny was left baffled.

‘I don’t know what prompted the idea that me and James were anything more than friends,’ he explained.

‘We are friends…we’re just not each other’s type.’

Well, that’s that then.

Meanwhile, Manny had fans shocked by revealing that he and Tati Westbrook are on good terms.

Earlier this year, Tati had the entire internet enthralled when she uploaded her video Bye Sister, an exposé on James.

James denied all of Tati’s claims, but suffered one of the biggest downfalls in internet history before firing back in his own video.

However, Manny isn’t holding a grudge – even after his own fallout with the 37-year-old.

‘Me and Tati are on good terms now and I’m so happy about that,’ he told viewers.

‘Me and her had our own fallout in our own way and I feel like at the time I was so in my own world that I couldn’t see what was going on.’

The 28-year-old described himself as becoming ‘more empathetic’, revealing: ‘When Tati sent me over her palette from Tati Beauty she sent me this note on it and all the past anguish or sadness, or anything I felt towards her, went away.

‘The note was so sweet and was so kind and so caring, and it really made me feel like she was watching me…she knew what I was going through.’

Manny acknowledged: ‘I’m not saying we’re best friends, but I truly do respect her.’

Despite James and Tati’s previous feud, the 20-year-old appears to be thriving, collaborating with the likes of Kesha and recently hitting back at a troll who found some of his merch in a charity shop in the best way.

‘I already made my money so jokes on you, but more importantly why are you dragging goodwill?’ he questioned.

‘Maybe it didn’t fit, or they just weren’t a fan anymore?? Hopefully someone finds it and gets a great deal!’

MORE: James Charles brilliantly drags troll who tried to shame him after finding his merch in a charity shop

MORE: James Charles defends himself over Tinder allegations as he pleads: ‘Leave me alone’

READ  Amanda Bynes' strict parents block her from getting married despite being engaged
Share on FacebookShare on TwitterShare on PinterestShare on Reddit
newsgrooveDecember 31, 2019 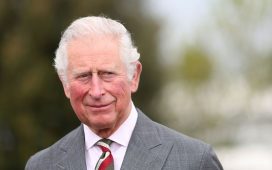