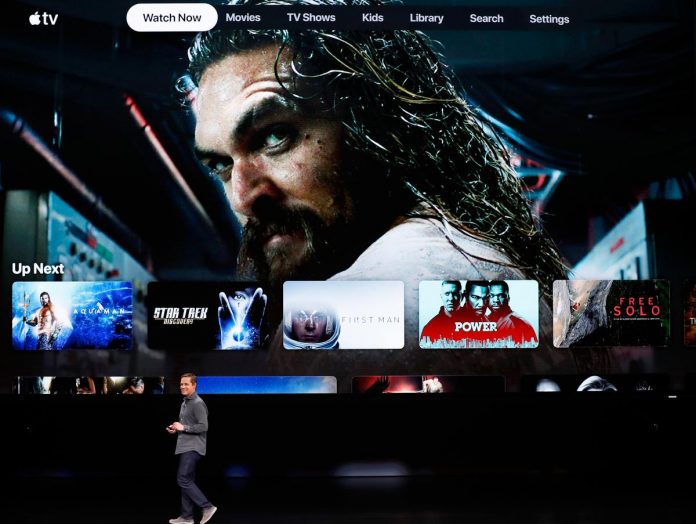 (Reuters) – Apple Inc’s Apple TV+ and Walt Disney Co’s Disney+ will launch competitors to streaming video pioneer Netflix Inc in November. Several others already have hit the market or will debut in the coming months.

Here’s what to expect.

** Bundles: Available as part of Comcast’s Xfinity here package in the United States

** Availability: Around the world except help.netflix.com/en/node/14164 in China, North Korea, Crimea, and Syria

** Movie library: Animated and live-action Disney classics such as “Bambi,” “Frozen” and “Mary Poppins,” “Star Wars” episodes one through seven, Fox films from “The Sound of Music” to “Titanic” and “Avatar;” “Toy Story,” “Finding Nemo” and other Pixar movies; the “Avengers” series, “Black Panther” and other Marvel superhero films

** Availability: Nov. 12 the United States, Canada and the Netherlands. Nov. 19 in Australia and New Zealand

** No library beyond original programming

** Movie library: DC Comics superhero movies including “Aquaman,” “The Dark Knight” and “Wonder Woman;” “A Star is Born,” “Casablanca,” “Citizen Kane,” “The Hobbit” trilogy, “The Lord of the Rings” trilogy

** Availability: May 2020 in the United States and in other markets later

** Cost: $12.99 per month or $119 per year through an Amazon Prime membership with free shipping and other benefits. $8.99 per month for Prime Video only.

** Movie library: “The Lincoln Lawyer,” “You’ve Got Mail,” “The Silence of the Lambs”

** Bundles: Can be bundled with Hulu’s live TV service

** Television: Next-day TV episodes from networks including NBC, ABC, FOX and FX for shows including “This is Us,” “Family Guy,” “Grey’s Anatomy,” “Black-ish” and “The Bachelor”

** Movie library: Recent movies such as “Mission Impossible: Fallout,” the “Transformers” series” and “A Quiet Place;” Classic movies such as “When Harry Met Sally,” “Rain Man” and “Back to the Future”

** Cost: Free with ads for U.S. Comcast customers. Also an ad-supported option available for free for non-Comcast users. Cost, bundles and discounts not yet announced.

** Original programming: Dramas including “Dr. Death,” “Brave New World” and a reboot of “Battlestar Galactica.” Comedies from Jimmy Fallon, Seth Meyers and others, plus reboots of “Saved By the Bell” and “Punky Brewster.” Movies from Universal Pictures and DreamWorks Animation.

** Discounts: 15 percent discount per month with an annual plan

FILE PHOTO: A screen shows the logo and a ticker symbol for The Walt Disney Company on the floor of the New York Stock Exchange (NYSE) in New York, U.S., December 14, 2017. REUTERS/Brendan McDermid