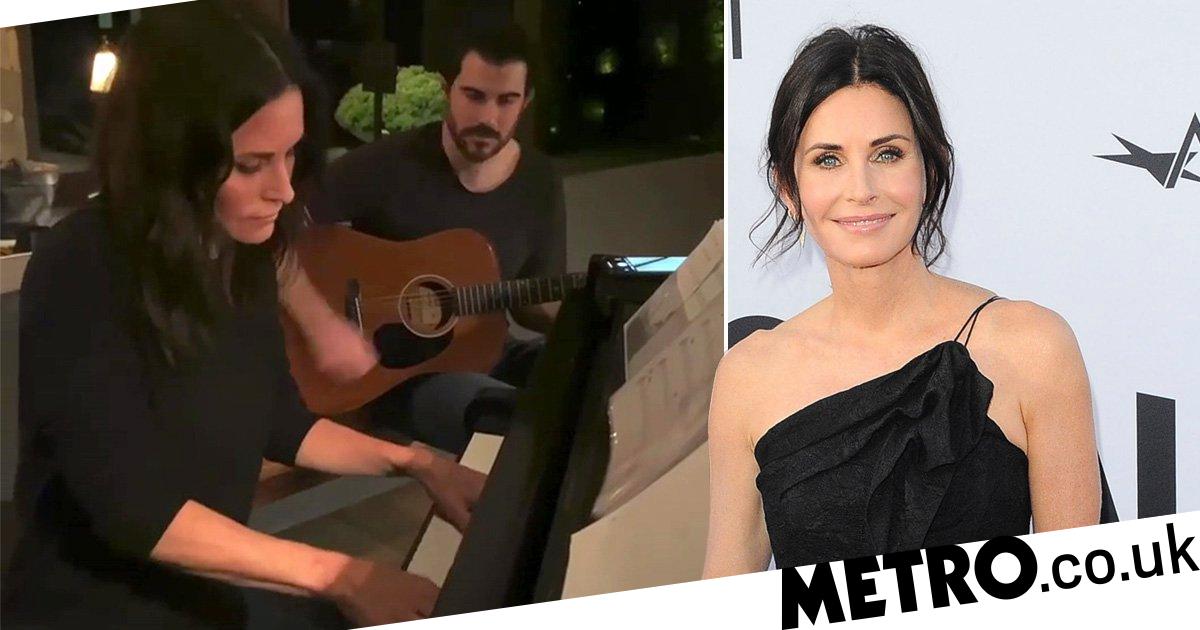 Dang, who knew Courteney Cox knew her way around the ivories, as the Friends star showed off her talent on the piano recently.

Taking to the keys to churn out an Alicia Keys banger, Courteney blew the notes out of the water as she performed on Tuesday.

As she posted the glorious video of her jamming out to Instagram, Alicia’s latest single Underdog was unmistakably the chosen song.

But there’s a good reason Courteney may have been playing this one.

You see, her partner Johnny McDaid, who is a member of Snow Patrol, co-wrote and co-produced the track, along with Ed Sheeran – who he’s been known to have worked with before.

What a supportive partner Court is, eh?

‘My friend just taught me my favorite new song #underdog by @aliciakeys co-written and co-produced by my ♥️Johnny!’ the Monica Geller star captioned the video.

In the clip Court was seen confidently banging out the track, with the accompaniment of a guitar and Alicia’s vocals playing in a recording in the background.

Fans were well and truly loving the sweet moment and insight into Courteney’s hidden talent.

Jessica Capshaw commented: ‘I love watching your face!!!’ as another impressed punter added: ‘Wow? You’re talented in everything I guess!’

It seem this sort of musical talent runs in the family with Courteney’s daughter with ex-husband David Arquette, Coco, stunning fans with a rendition of Johnny’s band’s hit Chasing Cars last year.

We call for a duet!

Guess we can now call Courteney a triple threat right? What with her acting, piano playing chops – and who can forget her epic dance moves alongside Ross, eh?

MORE: Courteney Cox shares emotional Friends throwback from final episode and it’s given us all the feels

MORE: Courteney Cox is either fuelling or trolling these Brad Pitt and Jennifer Aniston rumours

READ  Jade Goody's bridesmaids reveal Jack Tweed partied at their wedding as she lay ill upstairs
Share on FacebookShare on TwitterShare on PinterestShare on Reddit
newsgrooveFebruary 5, 2020