STRICTLY’s Neil Jones returned to the dancefloor on Saturday night with an energetic jive – and fans loved it.

Viewers at home celebrated as the professional dancer made his way back into the competition with celebrity Alex Scott after suffering a leg injury.

Alex commented ahead of the dance: “It’s been a frustrating couple of weeks for Neil, but just before we went on (last week) he said, ‘you’ve been doing great in training and he said just enjoy it’, and I did.”

And Neil revealed Kevin helped him to train Alex this week, saying: “It’s a good thing I’ve got Kevin with me this week so that I can rest my leg a bit.”

He added: “The update is I’m all clear and I can now dance again.”

At the end of the show, footballer Alex admitted that she had struggled as she practised this weekend’s routine with both Neil and Kevin Clifton to make sure that she was prepared for either option.

She then shared her excitement at Neil being deemed fit to dance by his physio, with the ginger hunk beaming as he appeared by her side.

He said: “It’s great to be back, and I have to thank Kevin – he has been there all week.

“I could not have done it without him.”

The pair then teased that the dance would be “fun and full of energy” as they looked forward to returning to the dance floor.

Last month, Neil was forced to bow out of the competition after suffering a serious leg injury, with eliminated professional Kevin stepping in as Alex’s dance partner at the last minute.

Neil thanked his pal for covering just 45 minutes before the live show after Neil hurt his knee hours before the pair were due to perform their Halloween special.

He then had to miss a second week, with Alex dancing with Kevin again last weekend.

This time, the two were able to rehearse together from the Wednesday evening when 37-year-old Neil realised he wouldn’t be healed in time.

However, he promised Alex that he’d be back this week, saying on It Takes Two: “Nail the dance, go through, and I am ready for you on Monday morning.”

Just yesterday, Neil admitted that he wasn’t sure if he would be able to dance on Saturday, saying at the time: “I’m really hoping. I still don’t know.

“I’ve been dancing a lot today. I’ve been doing that. It’s been feeling good, but I need to be passed by the physio.”

“I’ve been dancing with both, and Neil will make the decision,” Alex explained. “If he’s 100%, I know he will go out there and dance. Actually, I just want to say how frustrating it’s been for Neil.

Earlier in the week Neil took to Twitter to confirm that he has been busy partaking in ice baths in order to help the injury heal faster.

Ice baths are thought to help athletes and dancers who need to reduce inflammation and improve recovery of injuries.

Jeff Brazier ‘so proud’ as he shares striking modelling snaps of son Bobby, 16

Fans previously called for Neil to quit the show completely as they argued that Alex was at a disadvantage by switching partners.

He is no doubt thrilled to be back to his best, with the star his first celebrity partner since he joined Strictly back in 2016. 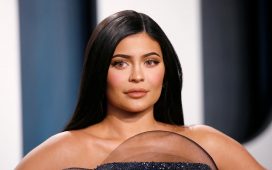