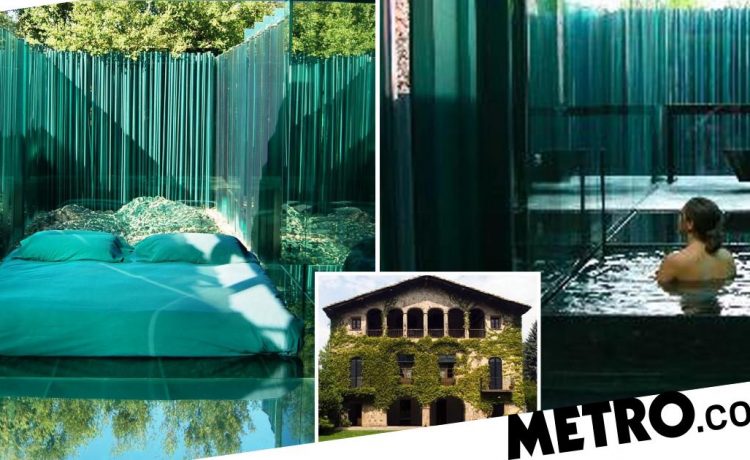 If you’ve been dreaming about travel with all the restrictions going on right now, you’ll want to go somewhere completely mesmerising when the time comes.

Forget staying in a boring old hotel room, you’ll stay in one of the property’s five glass pavilions, decorated to make you feel as zen as possible.

As well as your own private bathroom, each pavilion has its own onsen – a Japanese hot spring bath.

The beds are also in a Japanese futon style, close to the floor providing support for your spine.

Created by RCR-arquitectes, the aim of the pavilions is to merge them in with the garden for a stay that helps you feel like you’re in nature.

That’s where the glass walls (and floors) come in. The way that it’s shaped and tinted means people won’t see you doing whatever it is you do in your room. However, you can see the gardens around the property – like glamping, but without the mud and cold.

For the home comforts, next door is a Catalan country house which has a two-Michelin-star restaurant.

There are animals roaming the on-site vegetable gardens, the produce of which is used in meals for guests.

You’d be based in Olot, close the Garrotxa Volcanic Nature Reserve and around 20 miles from Girona airport.

A night there starts from £292, which isn’t bad considering how much a luxury hotel with a hot tub would charge elsewhere.

Perhaps we’re just craving relaxation outside of our own four walls, but these glass ones have us desperate to visit.


MORE : How to actually make progress with your fitness when working out at home