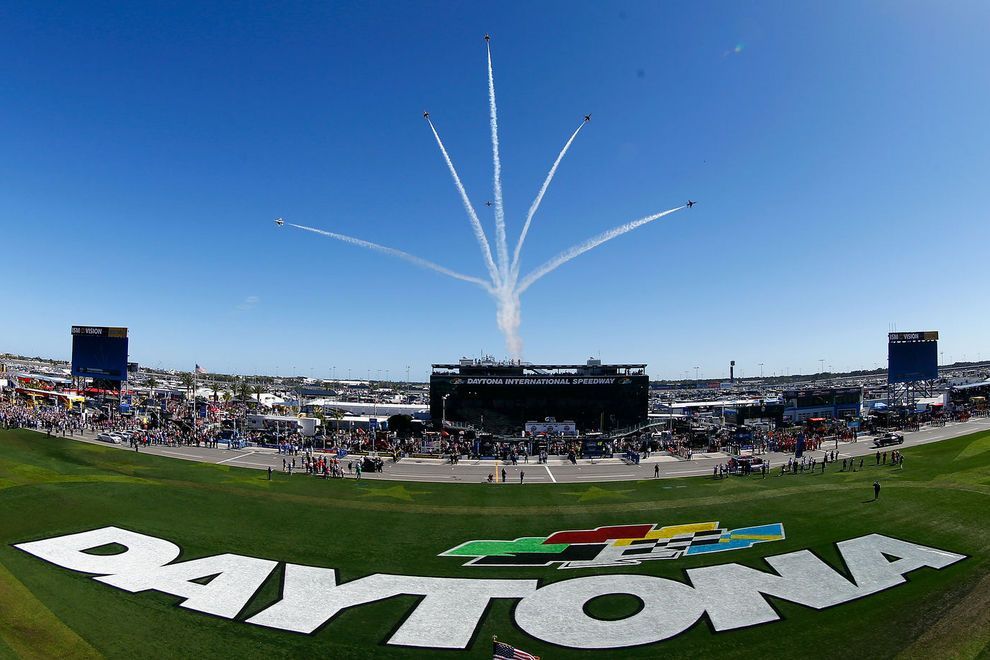 ENTER the Florida resort of Daytona Beach and you are greeted by a sign boasting “The Most Famous Beach in the World”.

But while the beach claim may be debatable, the town is legitimately the home of arguably the world’s most famous motor race, the Daytona 500.

And those two draws — plus a taste of “real Florida” as an antidote to the polished, more sterile streets of nearby Orlando — are helping the Atlantic resort to position itself as a cheaper coastal base for Brits planning a Florida getaway.

Or, perhaps more likely, somewhere to use as part of a “twin centre” holiday for half of your trip before or after you’ve blitzed the famous theme parks. The resort offers 23 MILES of stunning beach for paddling, swimming and surfing just an hour’s drive from Orlando and a further 15 minutes from those Disney parks you’ll be going to.

You will need a hire car — no shuttle buses from Daytona to the parks exist as yet.

In addition, Cape Canaveral is just over an hour’s drive south of Daytona with the city of Jacksonville about the same ­distance in the other ­direction.

But if you’re going to choose Daytona as a base — even for just half of your break — most families will want to experience more than just the world’s fourth most famous beach.

Daytona to most people is synonymous with the Daytona 500 race and the city is the birthplace of America’s hugely popular Nascar racing, but the reason racing began there brings us back to that famous beach.

In 1902, the founders of the Winston and Oldsmobile motor car manufacturers held a race on nearby Ormond Beach because of its unusually level, compact sand.

Over the decades the race grew, and the venue attracted the more serious business of land speed records with Sir Malcolm Campbell reaching a nifty 276.82mph there in 1935.

The car he used is now at the Motor Racing Hall of Fame at the ­Daytona Speedway.

Whether there’s a race on or not — or even if you are not especially into cars — this imposing venue is worth a look.

Fresh from a £400million facelift, it is now the world’s largest sporting arena (assuming you count motor-racing as sport) and at three quarters of a mile long, quite a thing to behold.

If you’re in town when there isn’t a race meeting on, you can be a passenger in a real Nascar and fly round the track at 175mph for three laps for a pretty reasonable £110.

You’ll have to book in advance, and there are height restrictions.

For more familiar thrills, Daytona has the outlet malls many of us love when we go over to the US, so you can stock up on big-brand clothing if that’s your thing.

But the city and its ­surrounding area can legitimately claim to have a more “authentic” feel than Orlando.

Beach Street and nearby New Smyrna (also a popular beach) offer an array of quirky shops and bars that are a world away from the big-name stores and eateries of Orlando.

For no-fuss, tasty seafood you should try Crabby Joe’s on Sunglow Pier — if you can fish, they’ll cook anything you catch of the end of the pier for you.

Or for a more full-on American experience try the Daytona Taproom on Seabreeze Boulevard with its outrageous burgers, which were featured on the hit TV show Man vs Food.

Talking of fishing, there are dozens of operators who will take you out on to the ocean for an offshore fishing experience.

Or you can just hop on a boat and look at wildlife instead of trying to catch it. It’s easy to spot dolphins from the shore, but you can also take a boat trip to see them in the Indian River Lagoon.

The estuary is home to a third of the country’s ­manatees and 4,300 other species of wildlife, making it the most diverse in North America.

Those with a head for heights can enjoy stunning views of the area from the top of America’s second tallest lighthouse (175ft) at Ponce Inlet.

Then let your hair down at the restaurants and bars of Granada Boulevard or Seabreeze Boulevard. In the summer there are weekly waterfront ­concerts, free.

BA ‘not booking passengers on other airlines during strike despite law’

If you’re feeling brave, try the cocktails at the North Turn, a bar and ­restaurant that is yet another nod to the city’s petrolhead heritage.

And for just £16, you can drive your car on the beach. Pack up your picnic, your sports gear and your bucket and spade and jump right out of your hire car on to pristine sand just yards from the Atlantic Ocean.

Don’t go all Malcolm Campbell, though — these days they have a speed limit.

STAYING THERE: Hard Rock Daytona Beach from £61pp/pn based on two sharing in peak season for a 7-night stay (hardrockhotels.com).