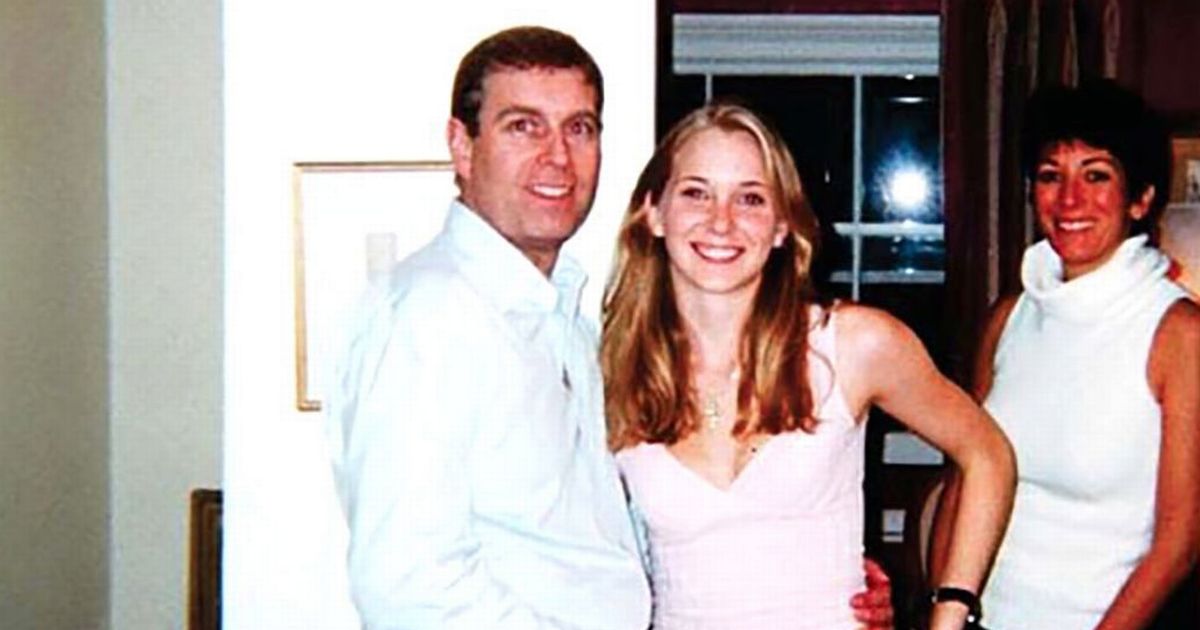 A woman who claims she was forced to sleep with Prince Andrew when she was 17 said outside a court yesterday: “He knows what he’s done.”

Virginia Roberts, who alleges she had sex with the Duke of York three times, added: “I hope he comes clean about it.”

She was speaking outside Manhattan Federal Court where victims of billionaire financier Jeffrey Epstein had been invited by a judge to speak ahead of an expected ruling to formally dismiss the sex trafficking and conspiracy case against him following his suicide.

After the hearing, Roberts said: “I was recruited at a very young age and entrapped in a world that I didn’t
understand.

“I will never be silenced until these people are brought to justice.” In 2001, Andrew was photographed with his arm around Roberts in London.

Previously, a judge threw out her allegations against him because they were “immaterial and impertinent”.

The prince has strongly denied any “sexual contact or relationship” with Roberts.

Earlier in court, Roberts claimed that Epstein and socialite Ghislaine Maxwell committed “dark and cruel criminal acts” against her.

It is the first time that Maxwell, 57, has been named in a court of being complicit in Epstein’s abuse.

At the hearing, many of the women, who were preyed on as teens, asked prosecutors to bring his co-conspirators to justice.

One said: “They need to be held accountable. He did not act alone.”

Investigators allege Epstein’s abuse was abetted by a number of unidentified co-conspirators who are suspected of providing him with a stream of girls.

None of them have been publicly named or charged with any offence. But prosecutor Maureen Comen said: “This dismissal in no way deters the government’s resolve in seeking justice.”

Courtney Wild, who was 14 when he began abusing her in Palm Beach, Florida, branded Epstein a “coward”.

She said: “He robbed myself and all the other victims our day in court, and for that he is a coward.”

Epstein was jailed in 2008 after pleading guilty to procuring teenagers for prostitution. Under a plea deal, he was jailed for 18 months but served 13.

Before his death, he was awaiting trial on charges of child sex trafficking.

A spokesman for Maxwell said: “The allegations made against Ghislaine are untrue,” and she “strongly denies
allegations of an unsavoury nature.”