Lottie Tomlinson showed off her growing baby bump as she shone in a string bikini while on a family holiday in Greece.

The 23-year-old is getting ready for the arrival of her first child with boyfriend Lewis Burton in the coming months.

And the glamorous mum-to-be was glowing as she posed for the camera in a brown string bikini, accompanied with wavy brown hair.

The social media star posed in front of luxury sun loungers by an idyllic pool, with picturesque views of local hills and lakes in the distance.

Lottie’s sisters, Phoebe and Daisy, both commented on the Instagram post but older brother and Old Direction star Louis did not.

The couple are staying at the Domes of Elounda, Autograph Collection in Crete – a five-star family resort – as they aim to make the most of the final months before their family expands to three.

Earlier in the day, she had posted a photo on Instagram to her 4.5m followers of the pool area with a “home for the week” caption. The founder of the self-tanning company, Tanologist, also added to her story of her cradling her stomach while she sunbathed and a selfie with younger sister Daisy.

Lottie announced she was pregnant in February with two photos of the couple with a caption of “Just the three of us” before posting a gender reveal video less than two weeks later which confirmed that the couple will be having a baby boy. 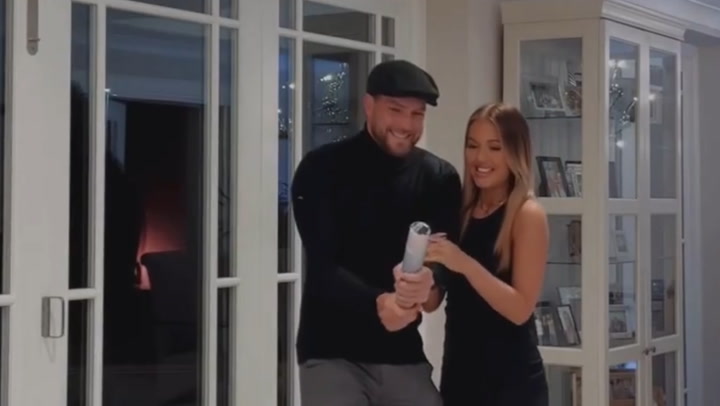 Lewis and Lottie went public with their romance six months after the tragic death of his then-girlfriend Caroline Flack in February 2020.

It is believed they had met at a party being held by Caroline’s loved ones to mark three months since she took her own life at the age of 40.

Lottie had been good friends with the TV presenter and was invited to the event organised in her honour.