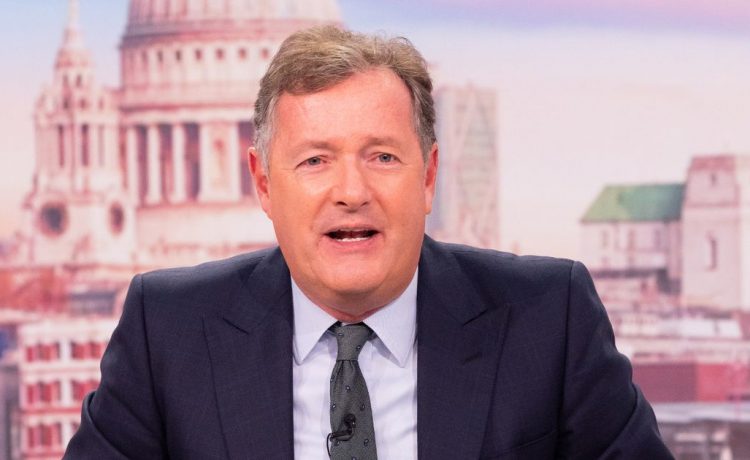 Piers Morgan has acknowledged a cutting jibe by actress Bette Midler saying that it was a “good zinger”.

The 55-year-old former Good Morning Britain has been involved in a few war of words since quitting the ITV breakfast news show, following his remarks about Meghan Markle.

The outspoken TV presenter had decried the Duchess of Sussex after her interview with Oprah Winfrey, alongside Prince Harry.

Piers has dismissed Meghan’s claims about the Royal Family and her treatment by them, and has demanded that she names the members of the royals who had shared ‘concerns’ about Archie’s skin colour before he was born.

Among those defending Meghan was Hollywood actress Bette Midler, 75, who had previously clashed with Piers on social media last year, when he had ranted about the Duchess.

After Piers walked out on GMB following an on-air debate with weatherman Alex Beresford, Bette couldn’t resist the opportunity for another dig.

Taking to Twitter, she told her two million followers: “#PiersMorgan has been dishing it out for years & he walked out & quit after a minute of criticism by a colleague?

“Even #Viagra can’t help a man who is that soft.”

Piers has now replied to Bette’s jibe and for once he has had to admit that there is no comeback he can give.

Writing in his Mail on Sunday column, Piers wrote: “There’s a difference between foul-mouthed abuse or threats, and a robustly held derogatory opinion – and sometimes you just have to applaud a good zinger, even one at your own expense.”

Piers has claimed that he has received praise from members of the Royal Family, saying Sarah, Duchess of York, who was married to the Queen’s son, Prince Andrew, Duke of York, was among those who contacted him.

He wrote: “Friday, April 9. Not all Royal duchesses were as thrilled as Meghan ‘Pinocchio’ Markle to see me leave GMB.

“People have said how much they miss your morning joy and humour,’ texted Sarah, Duchess of York, ‘get back out there!’.”