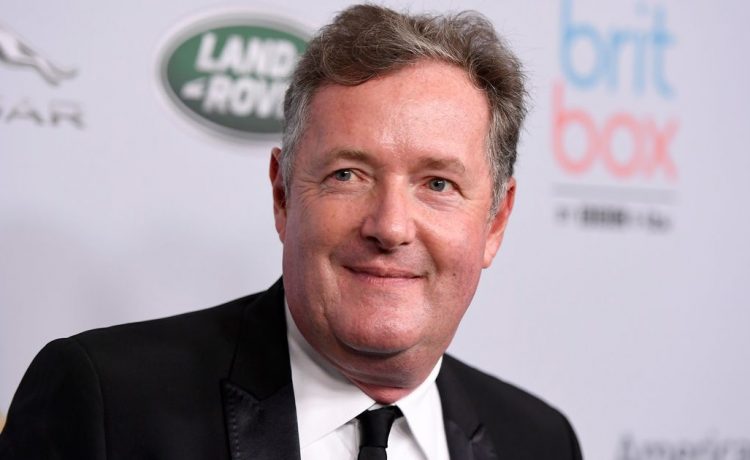 Piers Morgan and Meghan Markle have some personal history together that stems back a few years, before things seemingly took a turn.

The former Good Morning Britain presenter is perhaps the most notable of the Duchess of Sussex’s critics and has been lambasted for his comments over the royal couple.

Their relationship actually began on social media and ended in the TV presenter’s dramatic exit from the GMB live on air, which saw him quit his famous breakfast role.

The pair were on friendly terms through social media and in-person prior to their relationship cooling off, according to the Daily Star.

Meghan had seemingly first approached Piers over Twitter, penning in a direct message which he later shared publicly: “Well hello there – thanks for the follow. Big fan of yours!”

The pair had apparently continued messaging and when she was in town had met up at one of Piers’ favourite London pubs.

He claims that they enjoyed alcoholic beverages and discussed US politics including Donald Trump.

Piers previously detailed: “She said ‘I’m in town, do you want to meet up?’

“It was very funny, there were five locals and talk about eyes popping when she came in.

“She had Dirty Martinis – the vodka ones – and I had a couple of pints.”

However, Piers revealed that Meghan cooled off contact with him as her relationship progressed with her future husband Prince Harry.

“She met Prince Harry at the dinner that night, went on a solo date with him the next night, and I never heard from her again,” noted Piers of the supposed “ghosting”.

While Piers had initially praised the union of Prince Harry and Meghan, the praise turned to scathing criticism as they stepped down from their senior roles in the Royal Family in 2020.

In the interview, the Duchess of Sussex criticised the institution surrounding the Royal Family and also discussed experiencing suicidal thoughts during her pregnancy.

She also revealed that a Royal Family member had shown concern for the colour of her then-unborn baby’s skin.

Piers’ outspoken criticism of her and refusal to believe her claims attracted a record number of audience complaints to Ofcom for the March 8 episode of Good Morning Britain.

Alex told Piers: “And I understand that you don’t like Meghan Markle, you’ve made it so clear a number of times on this programme…

“And I understand you’ve got a personal relationship with Meghan Markle or had one and she cut you off.

“She’s entitled to cut you off if she wants to. Has she said anything about you since she cut you off? I don’t think she has but yet you continue to trash her…”

These remarks prompted Piers’ walk-off moment, which saw the show cut to an advert break. He returned later to continue the debate.

However, later that day, Piers resigned from his role at Good morning Britian.

It also emerged that there had been a formal complaint from the Duchess to ITV about his remarks.

Writing in the Daily Mail towards the end of last month, Piers addressed his feelings on the situation and the Duchess.

He claimed he had been asked to apologise by ITV for his comments surrounding Meghan’s detailing her mental health struggle.

Piers said he refused to in the name of “freedom of speech”.

On March 10, Piers told press outside his home: “I believe in freedom of speech ‘and the right to be allowed to have an opinion. If people want to believe Meghan Markle, that’s entirely their right.

“I don’t believe almost anything that comes out of her mouth and I think the damage she’s done to the British Monarchy and to the Queen at a time when Prince Philip is lying in hospital is enormous and frankly contemptible.

“So, if I have to fall on my sword for expressing an honestly held opinion about Meghan Markle and that diatribe of bilge that she came out with in that interview, so be it.”