NewsGroove Uk
NewsGroove Uk > Travel > On The Road With: Comedian Sindhu Vee on her most life-changing experience while travelling
Travel

On The Road With: Comedian Sindhu Vee on her most life-changing experience while travelling 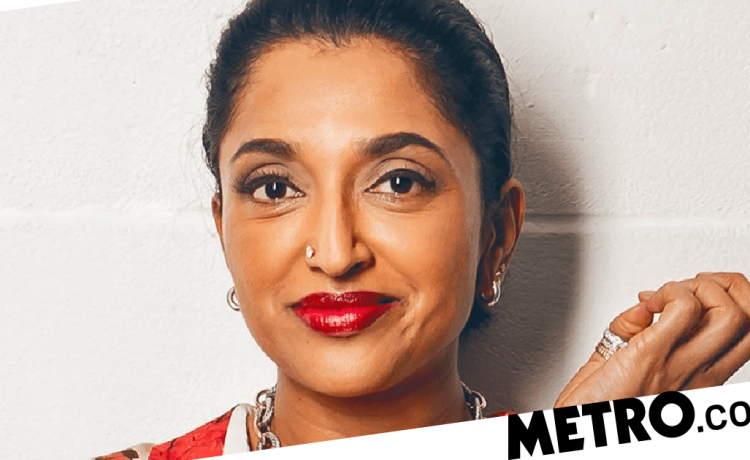 In this week’s On The Road With, we chat with Sindhu Vee on her travel experiences.

The investment banker turned comedian, 51, talks about where to eat cake in Copenhagen, rooftop lullabies in Lucknow and a life-changing childhood flight from Kuala Lumpur.

Late at night, sitting next to my tour manager after I’ve finished a show, the empty roads stretching out in front of us as we head towards our next destination, our silence broken only by the chomping of large slabs of chocolate.

And your favourite city?

I have favourite cities by category. My favourite city to lie around and do nothing is Delhi, where I like to eat food that nurtures my soul, such as papri chaat, a sweet-and-sour mixture of potatoes, chickpeas and chutney.

When I feel less sedentary, I take an evening walk in Lodhi Gardens or buy bangles at the Hanuman Mandir stalls in Connaught Place.

And my go-to place for bread and cake is Copenhagen – I cannot go without visiting Conditori La Glace on Skoubogade.

I have a slice of their Karen Blixen cake, a confection of coffee mousse, mocha and chocolate named after another extraordinary product of Denmark.

Have you ever pinched anything from a hotel room?

Ashtrays from all over the world as part of a long-running feud I had with a school friend. He ridiculed me for getting excellent grades and being too strait-laced so I said I’d do anything he suggested to prove him wrong.

He said to steal the ashtray from the table in the café we were at. I did and have never looked back. Every time we met after that I would offer a tally of ashtrays I’d taken.

This went on across continents and for years. I never back down once I’ve committed to a game.

What is the best souvenir you’ve come home with?

On a romantic, break-from-the-kids-type trip to Paris with my husband I wanted to buy a small foldaway table I saw in one of those ‘what does this place even sell?’ shops.

The table top had all the letters of the Hindi alphabet with a matching word and picture, and I thought it would be a great way to get the kids to visualise Hindi, their mother tongue.

The table folded flat so you could carry it like a thin, useless suitcase. My husband thought it was a terrible idea because who carries a table around Paris and then on to the Eurostar?

For some reason I became very committed to bringing my Indian culture (albeit from Paris) to my offspring. So it came home with us.

The kids thought it was cool for all of two days but I still think it’s the best thing I’ve brought home because it’s about India and it’s about winning in marriage.

What has been your most life-changing experience while travelling?

When I was eight I was travelling to India with my mother and older sister. The plane stopped in Kuala Lumpur, Malaysia, and passengers could disembark if they wished.

I wanted to but my mother said no. I made enough of a fuss that she acquiesced with the warning ‘don’t lose your boarding pass or you won’t be allowed back’. My reluctant elder sister was made to go with me and we had a great time but then I realised I had lost my boarding pass.

My sister became quite hysterical and went back on board to get help. I waited but no one came to get me. I could see our flight from the window and it was starting to reverse out of its gate.

At that point I got pretty scared but didn’t have time to completely lose it because the airline crew had had a changeover and some of them recognised me from the flight. They quickly called the plane and sorted it out.

I have never since lost or forgotten any other travel document.

On the roof of our house in Lucknow, Uttar Pradesh, during the summer. We had single beds made of wood and woven natural fibres called ‘charpai’ with a pillow and sheet for cover. The whole family slept up there.

The smell of jasmine, the honking of trucks from the highway, the barking of dogs and the snoring of my father, all put together, was like a lullaby. And so many, many stars.

We were awoken by the combination of the morning prayers from the mosque and the peacocks calling. It was magical even though at the time I didn’t realise it.

To be with my father in Coimbatore in Tamil Nadu where, every single day, rules permitting, I will make him come and eat the best dosas and for dessert I will have mysore pak, which is made of ghee, chickpea flour and sugar, and drink proper decoction coffee made from freshly roasted and ground beans with boiling milk and sugar.

Sindhu Vee is due to tour the UK with her new show, Alphabet, from May 2021. Tickets at sindhuvee.com.


MORE : Someone has valued how much Bridgerton jewellery would be worth in real life