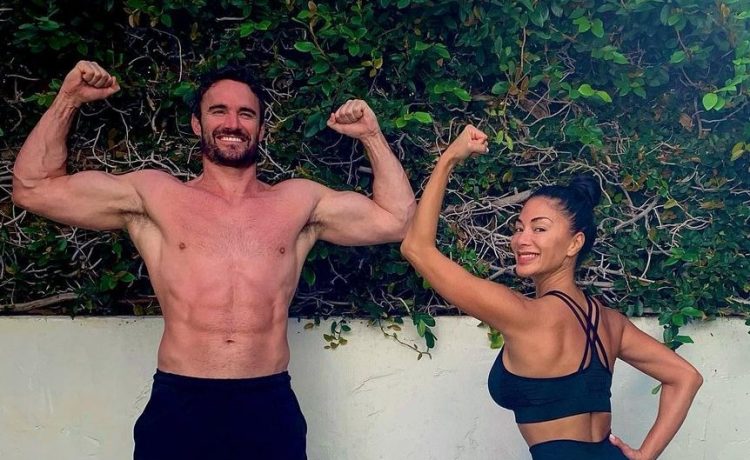 NICOLE Scherzinger and boyfriend Thom Evans showed off their phenomenal bodies in a couples workout on Instagram.

The fitness fanatics flexed their muscles as they posed for a photo in their garden in Los Angeles.

Nicole, 42, revealed her sensational curves in a navy ensemble and trainers, as shirtless Thom, 35, stood beside her.

The former Scottish international rugby union player and model flaunted his crimson abs after the pair had worked up a sweat together.

Her fans were inspired by her post, as one said: “My fit couple goals! Love you”

The Pussycat Doll has been in a lockdown love bubble with her rugby star boyfriend Thom in the US.

On International Women’s Day on Monday, the former Scottish international rugby player, 35, gushed: “I am immensely proud of you and everything that you stand for.”

Nicole is currently judging the US version of mystery celebrity TV show The Masked Singer.

The singer has also released new music, and recently shared the racy video for her new track She’s BINGO with Luis Fonsi.

Sultry Nicole pouts up a storm in the promo inspired by the bright lights of Tokyo.

She wears a plunging top, a huge neon coat, and chunky floral bracelets in the eye-popping clip.

Queen bassist John Deacon, 69, puffs on a ciggy while out on a walk in London

The star has teamed up with Despacito singer Luis Fonsi for the disco inspired track.

The song is based on the 1979 hit D.I.S.C.O and brings Luis Latin flair to the original track.