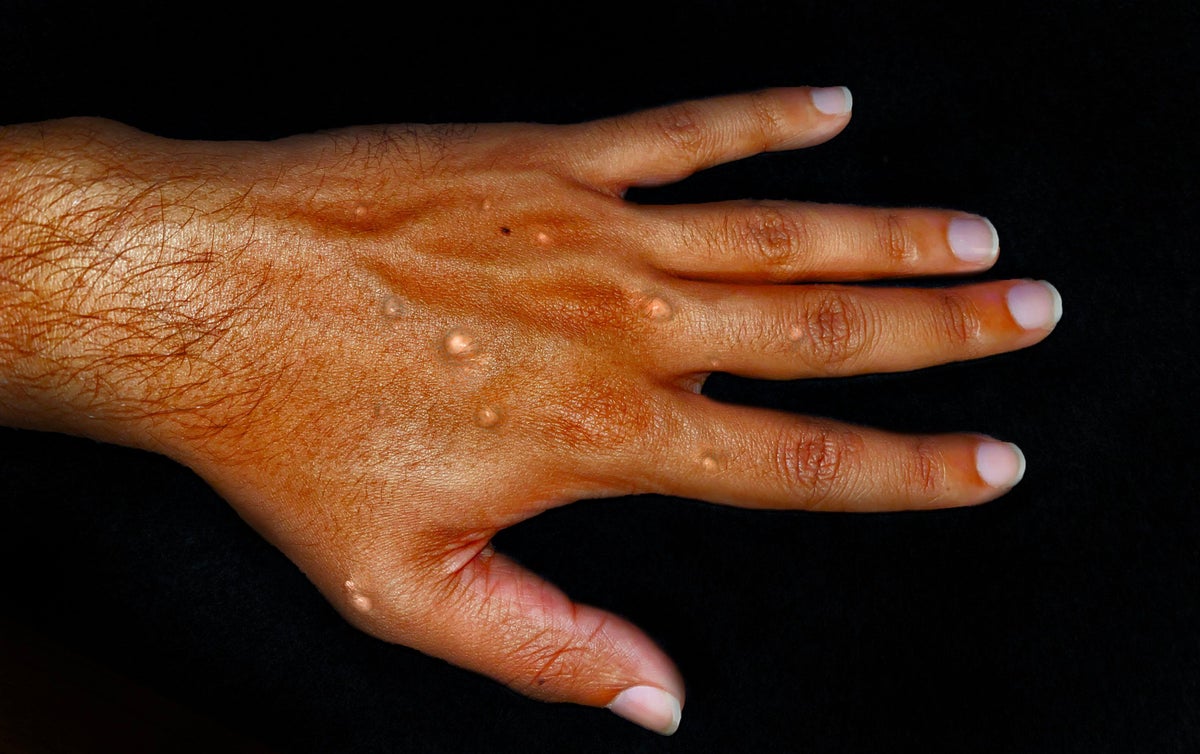 This brings the total number confirmed in the UK to 470 as of June 12.

It brings the number of confirmed cases to 452 confirmed in England, 12 in Scotland, two in Northern Ireland and four in Wales.

The virus, which is spread by close contact, causes a painful rash that generally tends to clear up after two to three weeks.

It can be passed on by sexual activity, coughing or sneezing or contact with scabs but the overall risk remains low, health officials have said.

The latest news comes as an investigation by the UK Health Security Agency found four-fifths of people infected with the virus in England live in London.

Of the cases interviewed, the UKHSA said almost all – 99 per cent – of the sufferers are men and their average age is 38.

The overwhelming majority of cases – 99 per cent – involve men who are gay, bisexual or have sex with other men, the UKHSA said.

Interviews it has conducted with 45 men with monkeypox specifically about their sexual health found that 4 per cent had visited “sex-on-premises venues” in the UK or abroad such as saunas, sex clubs and dark rooms while they were incubating the infection.

In addition, 64 per cent had met new sexual partners during their incubation period through a dating app.

Monkeypox is a viral infection usually found in West and Central Africa.

However, since the outbreak began in May, at least 1,330 cases have been reported in 27 countries including Spain, Portugal and France.

A blister-like rash usually appears one to five days after the first symptoms.

Most people recover within a few weeks.