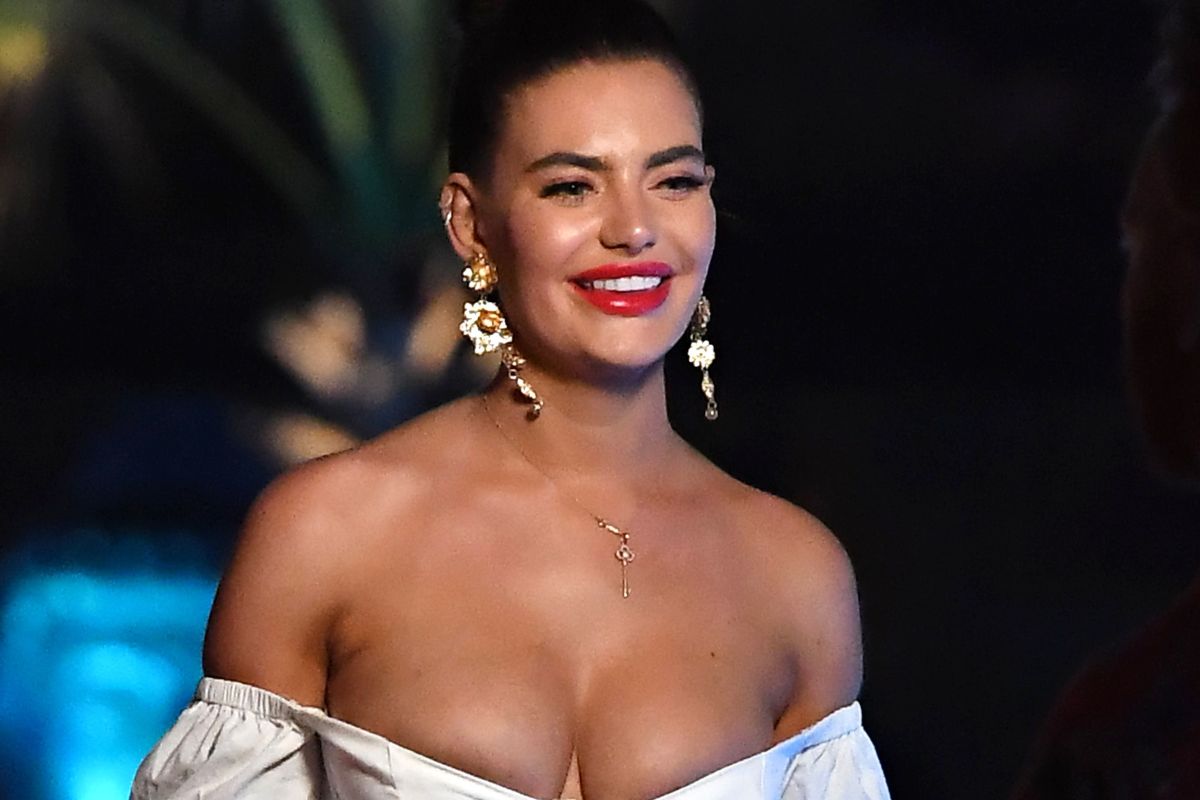 MEGAN Barton-Hanson nearly burst out of her low-cut dress as she filmed Celebs Go Dating in Greece.

The Love Island star has been causing shockwaves on the new series and certainly took centre stage in the eye-popping frock on the paradise island of Crete.

The plunging white frock barely kept her assets in place as Megan confidently strutted on set.

She scrapped her hair into a high ponytail and her skin glowed with nude make-up, including a heavy sweep of lip-gloss.

Megan, 25, looked absolutely incredible and in her element on her latest date it was revealed she’s bisexual.

Megan has had a rocky ride on the reality show and was slammed by one of her dates for ogling her boobs and fondling her bum while drunk.

Tasha was left unimpressed when the star didn’t choose her for a date after they met at a mixer, with the celebrity agent setting them up days later instead.

Confronting the former Love Island star, the unimpressed date asked: “How come you didn’t choose me at the mixer then? You’re lucky I turned up.

“You touched my a** the other day actually, and you were staring at my t**s – do you not remember? Were you that drunk?”

Clearly stunned, Megan giggled as she exclaimed: “No, I didn’t!”

Her date added: “I said: ‘Yeah babe, I saw you look earlier but my face is here.'”

Megan continued chuckling at her raunchy behaviour as she put her hand over her mouth, repeating: “Oh my God.”

UN-HAPPY AND YOU KNOW IT

Megan was seen fondling Tasha’s bum during yesterday’s episode of Celebs Go Dating, where she admitted that she’d never before had a relationship with a girl.

The bisexual beauty initially enjoyed her date with Tasha – which was just her second ever date with a woman – but the pair later locked horns when Megan refused to keep drinking cocktails due to the calorie content.

Megan ended up calling Tasha a “d**k” when she tried to encourage her to keep downing the booze, with Tasha equally unimpressed that Megan was calorie counting.