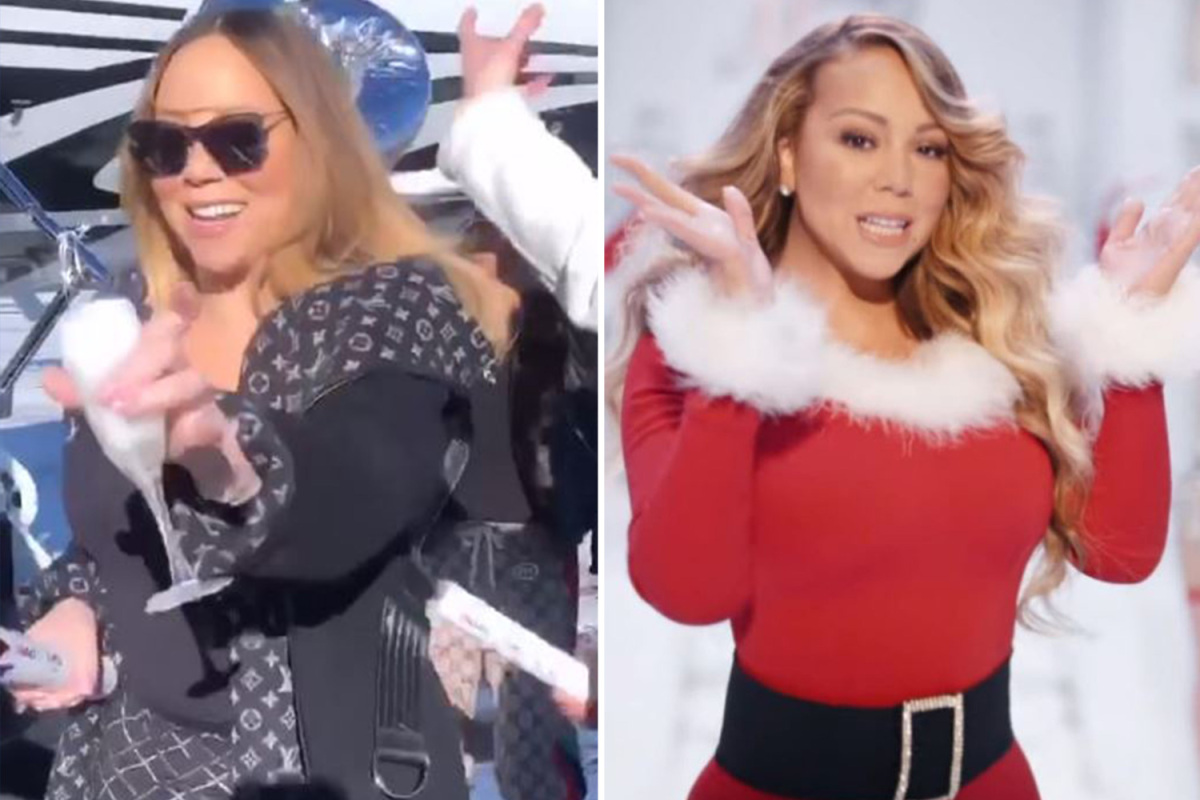 MARIAH Carey has become the first artist to celebrate a number one single in four decades, thanks to hit Christmas song All I Want For Christmas.

Billboard confirmed the news and Mariah then celebrated the news in the only way a true diva could, by drinking champagne on a private jet with pals.

The iconic Christmas song has been confirmed as number one on the Billboard Hot 100 and Billboard shared the news on Twitter, writing: “@MariahCarey’s “All I Want For Christmas Is You” is officially No. 1 on the #Hot100 for a third week.

The song was first released in 1994 and has gone on to be number one in all four decades since, however it only hit number one in the UK for the first time in 2019.

Mariah, 49, recently teased the first look at the brand new music video for her hit song – 25 years after its initial release.

The re-imagined video shows Mariah dressed in a Santa-inspired costume.

Set in a winter wonderland, Mariah is crooning in the white-fur trimmed red belted dress with dancers in matching candy cane striped dresses with silver sequin skirts behind her.

Two Santa Claus’ can be seen ice skating while snowmen also dance amid the dazzling Christmas trees and a picturesque white house.

It is a similar but modernised version of the original video, which saw a then-24-year-old Mariah dressed in a padded red snowsuit as she frolicked in the snow with puppies and Father Christmas.

READ  Cameron Diaz and Benji Madden ‘so in love’ with Raddix they want a second baby – as soon as possible
Share on FacebookShare on TwitterShare on PinterestShare on Reddit
newsgrooveDecember 31, 2019