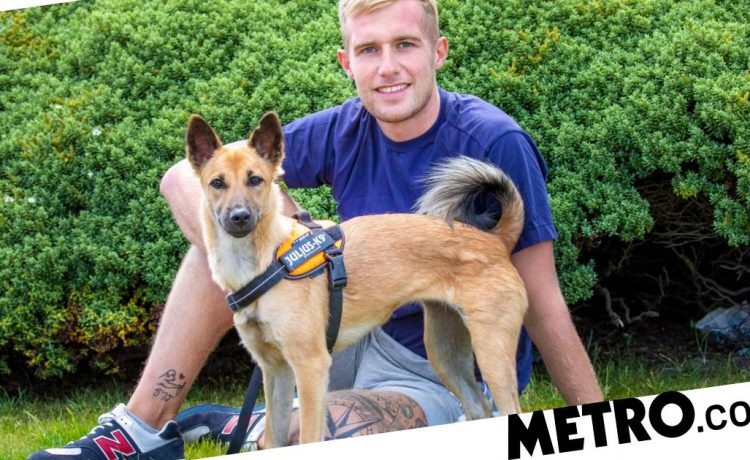 When Mark Jeffries decided to travel to Koh Lanta, a Thai island, he never imagined he’d be stuck out there for four months due to the coronavirus pandemic.

But he doesn’t regret going – in large part because while on his trip he decided to bring four dogs back to the UK to find them forever homes.

He even kept one as a pet after forming an instant bond with the dog on the island.

Mark, 26, spent two years working as an electrician in Australia then decided to travel to Bali at the start of the year. He was shocked to see people wearing masks in January, but still wanted to travel after his visa expired in Australia in March, so flew to Thailand to volunteer at an animal welfare charity.

Just days after he arrived on Koh Lanta, a strict lockdown came into place and the island was closed, allowing no new visitors to the island and banning Mark from departing.

Rather than getting bogged down with restrictions, Mark made the best of the situation, spending a dreamy four months living in a bungalow on the beach with nine-month-old dog Poppy as his best pal.

When restrictions lifted and Mark got ready to head back home to Edinburgh, he knew he couldn’t leave without Poppy – so decided to bring her with him, along with three other dogs destined for new homes in England.

The travelling group included three-legged dog Tippy, Max, who had been attacked with a machete, and Flea, named for a nasty bug infestation.

All three dogs are now in loving homes in the UK – including Poppy, who’s found a forever home with Mark.

The trek back to the UK with four dogs was tough, but the end result makes the effort all worth it.

Mark said: ‘It was a four day journey to get back, with four dogs.

‘I had to get up at 5.30am to make sure the dogs were ready to go, then there was a 20-hour taxi journey to Bangkok Airport.

‘We had to stop every two or three hours to let the dogs go to the toilet and feed them, it was chaos.

‘The taxi driver took me to his house for nine hours and let me have a shower and freshen up and the dogs could have a leg stretch.’

The journey involved flying from Bangkok to Qatar, then on to Amsterdam – where the dogs went missing as they had been taken to the wrong side of the airport.

From there they were picked up in the car and took a ferry to Harwich, Essex, where Tippy, Max and Flea were reunited with their new owners.

Mark’s mum, Jill, 51, had been eagerly awaiting him and Poppy joining her in Corstorphine, Edinburgh, after he arrived in Britain on 13 July.

Mark is happy to be with his mum and Poppy at home, but admits he does miss his blissed-out life on the island.

He said: ‘I’m glad to have got the dogs back and got them settled, but when I was there I had a small bungalow on the beach, and Poppy would be there while I was at work.

‘Somebody wanted to adopt her so I had to make a decision: was that going to happen, or was I going to bring her back to the UK?

‘I miss everything about it.

‘When the coronavirus stuff first started, my mum was worried about me, but then she realised being on an island was probably safer.

‘She was really excited to get me and Poppy back; now it’s a fight over Poppy every day.

‘Poppy is by my side all the time because she was with me every day.’

Poppy was rescued from the streets by Lanta Animal Rescue, who feared the dog wouldn’t survive due to her friendly nature.

Mark met the dog when he volunteered for the charity and formed an instant bond.

With the help of his friends and family, Mark was able to raise £3,000 to be able to bring Poppy back home and help out the charity.

Poppy is now loving life in Edinburgh and hanging out with Max’s other dog, Lexi.

Mark said: ‘There are so many dogs waiting to be rehomed.

‘Poppy was brought in with two other dogs, and they both got adopted.

‘It was her first night on her own so I brought her back to my bungalow, and a night turned into a week.

‘Somebody else wanted to adopt her so I had to decide if I was going to keep her for myself.’

MORE: Couple spends £40k doing up their home so they can give their 20 rescue dogs the best life possible

MORE: Chunky cat weighing 11kg couldn’t clean herself because of her hefty weight

MORE: Saggy dog has much-needed face lift to remove more than a kilo of excess skin so he can eat and see 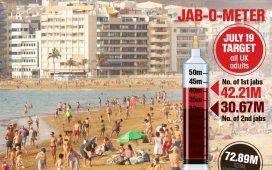 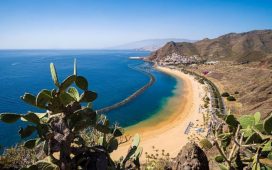 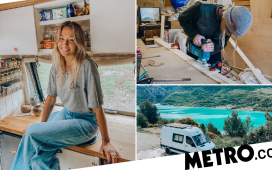 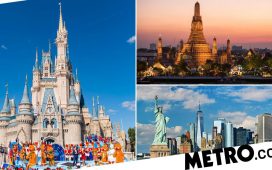 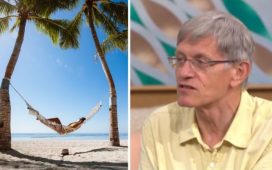 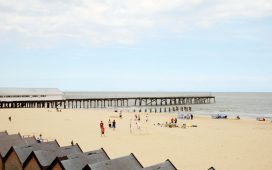