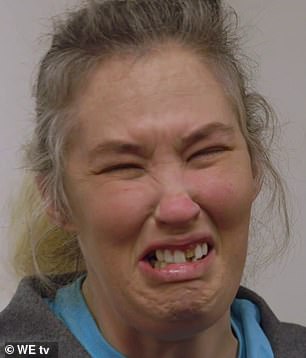 Mama June Shannon threatens to sue a Beverly Hills dentist for $35K as she claims her teeth were only partially fixed… after recovering from a $2,500 a day crack habit

Mama June Shannon has claimed that a Beverly Hills dentist pulled a fast one on her after he promised to do a dental procedure on Monday in exchange for media promotion.

According to a new report from TMZ, the 41-year-old reality TV star was left in pain after a dentist — whose name has not been revealed — removed temporary implants and left much of her teeth expose after their agreement went awry. 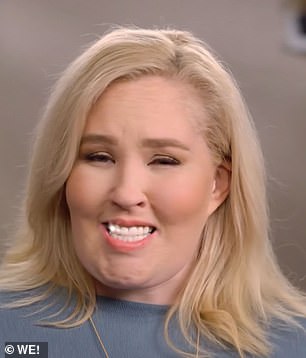 Botched: Mama June Shannon, 41, has claimed that a Beverly Hills dentist botched a mouth procedure after a deal for his services in exchange for media promotion went awry

According to documents obtained by the outlet and her rep Gina Rodriguez, June and the dentist had made an agreement prior to her flight to Los Angeles last week and she had booked accommodations for 12 days based on his recommendations.

June was set to get her bottom and top teeth fixed — some of which seems to have been completed — on Monday, but after he removed her temporary implants he reportedly refused to complete the rest unless she agreed to endorse his services with media appearances.

In a letter fired off by her attorney Jeffrey R. Klein, June’s camp is claiming that ‘after placing her in a vulnerable (and painful) position,’ she is now scrambling to find another dentist to complete the work.

Before and After: The Here Comes Honey Boo Boo star is pictured in before and after shots after she initially spent $10K on a full set of top veneers in 2017

Her team has said that if the dentist doesn’t complete the work per their agreement, he would be responsible to pay $35K to cover the cost of her travel and getting her teeth fixed by another dentist.

In addition, the Here Comes Honey Boo Boo star’s team are entertaining the idea of a lawsuit if he fails to do neither.

June had first gotten a veneer procedure in 2017, spending $10K to get a full set of top teeth.

She had also had a full body makeover as documented on From Not To Hot, spending $75K in total on a breast augmentation, gastric sleeve surgery, liposuction, a tummy tuck, a face lift, and an arm lift. 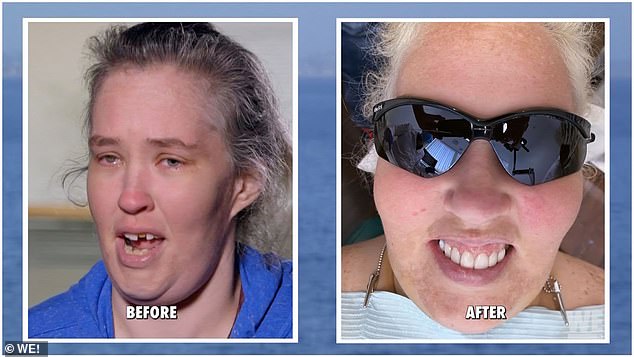 Previous fix: She had a full veneer procedure in 2020, and an additional one after she chipped her front tooth on a ‘fat cake’

Then again in April 2020 she had a repair procedure, after chipping her front tooth on what she called ‘fat cakes’ which left her with a gap on top.

She told The Sun at the time: ‘I am happy to finally have gotten my tooth fixed. Now I have to watch the fat cakes so it doesn’t break again.’

Then again in September 2020 she had yet another dental procedure, spending $40K on a full set of veneers.

And that same year she also spent another $15K on surgery to remove her ‘triple chin.’

In 2019, June and her boyfriend Geno Doak were arrested for possession of crack cocaine, later saying candidly that amidst their crippling drug addiction they had spent ‘a good $700,000’ in seven months on crack and meth. 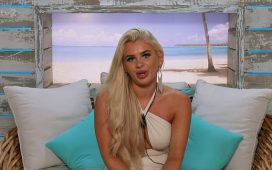 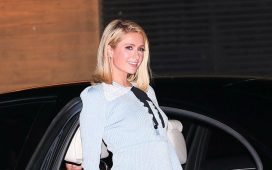 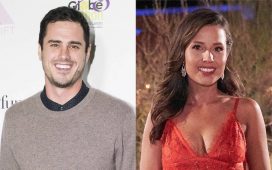 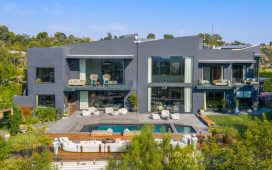 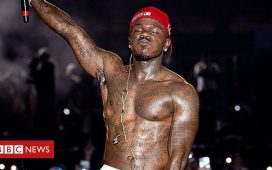