Love Island stars Michael Griffiths and Ellie Brown have finally ‘found love’ after meeting on Ex On The Beach.

The 28-year-old former fireman has declared that Geordie girl Ellie is “the one” after they met on the celebrity version of the MTV reality show.

Michael says he is now smitten with Ellie, months after he spurned Love Island winner Amber Gill and found himself dumped by Joanna Chimonides.

Michael was initially sceptical about going on another dating show after his Love Island experience but is glad that he went against this feeling.

He went on to declare: “To have someone as amazing as her in my life means so much. I’m head over heels and I’m not letting her go.”

The pair initially bonded on the show as they were both former Love Islanders and being northerners but it soon became a lot more than that.

Michael hailed Ellie for helping him “open up and believe in myself a lot more.”

He went on to describe his new love as “beautiful” and a “genuine girl” and said that ultimately he “didn’t feel like she wanted anything from me it was just natural.”

Michael believes there is already deep trust in their relationship and said: “I would give her my phone to look through no worries.”

READ  Who Will Win the Oscar for Best Picture in 2020?

The romance has progressed at apace and they have already met each other’s family.

After his Love Island experience, in which he was portrayed badly for his dumping of Amber, Michael said that is took him a while to be convinced to go on Ex On The Beach.

He admitted: “I didn’t know if I was going to be painted out as the villain again or whether I would be able to change people’s perceptions of me.”

It has been just the tonic for his love life though as he has a ‘solid girlfriend’ in Ellie, who had left Love Island on the arm of millionaire Charlie Brake.

Michael concluded: “The show has definitely been great for me. Whatever happens I know I’ve found someone special I’m not letting go of.”

Netflix smash hit The Witcher to be filmed on Scottish Island 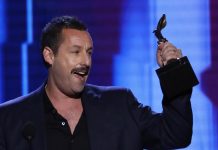