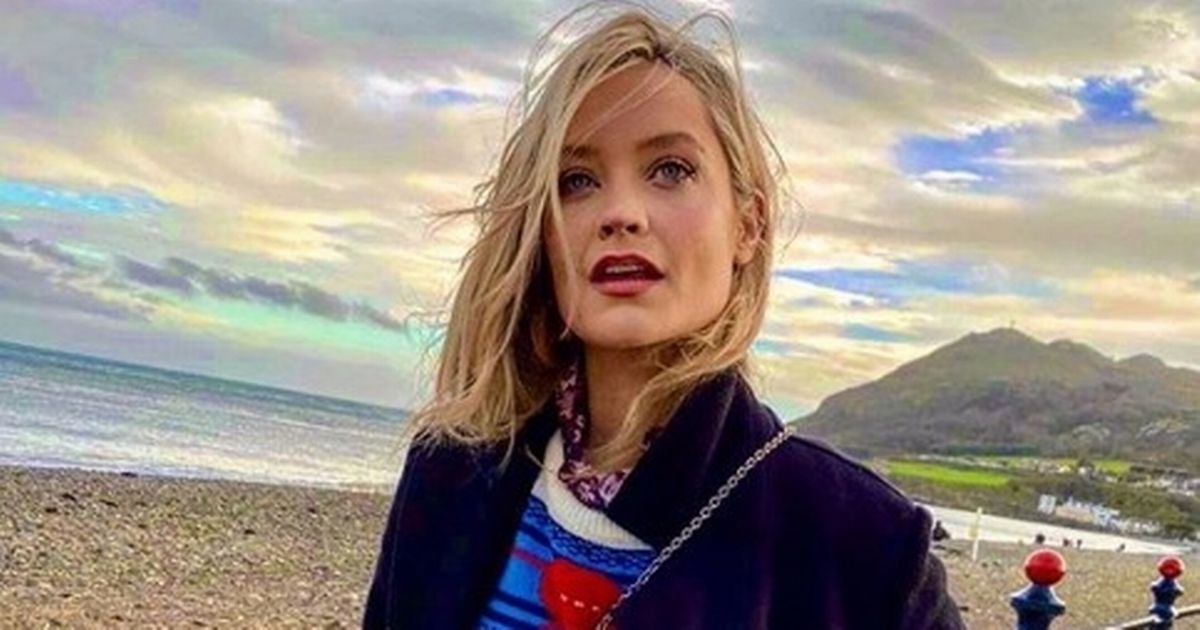 Laura Whitmore made one final trip to Ireland before jetting off to South Africa to host the new series of Love Island .

The model and presenter will be heading up the first ever Winter series of the ITV2 dating show after Caroline Flack stepped down from her position following her arrest.

Caroline has meanwhile fled to Los Angeles after pleading not guilty to assault by beating following an incident at her home with her boyfriend Lewis Burton, who has stuck by her side throughout.

Before Laura prepares to step in, it appears she made one final trip home to her native Ireland over the festive period – but she remained fully on brand.

Posing up as she walked her dog by the beach, the 34-year-old wore a Love Island Christmas jumper with the slogan ’tis what it tis the season to be jolly’ knitted onto the front of it.

Posting from Bray Seafront in Wicklow, she wrote: “‘It is what it is’…jumper in aid of @savethechildren scroll for Mick giving his best side eye. Just waiting for the day dogs allowed in the villa #doonewinter”

Laura will be working alongside her boyfriend Iain Stirling when the show returns for a sixth series, its first in South Africa.

Iain, who provides the voiceover for the show, joked that he might try chatting up the new host after Laura was announced.

Sharing a snap of them together, he said: “The new #loveisland host seems nice. I wonder if she’s single…”

She’s said to be planning long hikes and a period of reflection before heading home.

She’s been banned from contacting her boyfriend Lewis following the alleged bust-up that led to her being arrested and charged with assault by beating earlier this month.

Caroline, who pleaded not guilty, is now hoping a period of rest and relaxation will take her mind off her troubles.

A source told The Sun on Sunday : “Caroline feels trapped in the UK. She can’t see or communicate with Lewis but she also doesn’t want to return to her flat because her every move is documented by photographers…

“So after spending the festive period with family and friends, she’s jetted to LA…

“She wants to feel the sunshine on her skin, do long hikes and clear her head.”

Caroline confirmed that she was standing down from hosting the series, writing on Instagram : “There have been a significant number of media reports and allegations in regard to my personal life.

“While matters were not as have been reported I am committed to co-operating with the appropriate authorities and I can’t comment further on these matters until the legal process is over.

“However Love Island has been my world for the last five years, it’s the best show on telly. In order not to detract attention from the upcoming series I feel the best thing I can do is stand down from Series 6.

“I want to wish the incredible team working on the show a fantastic series in Cape Town.”