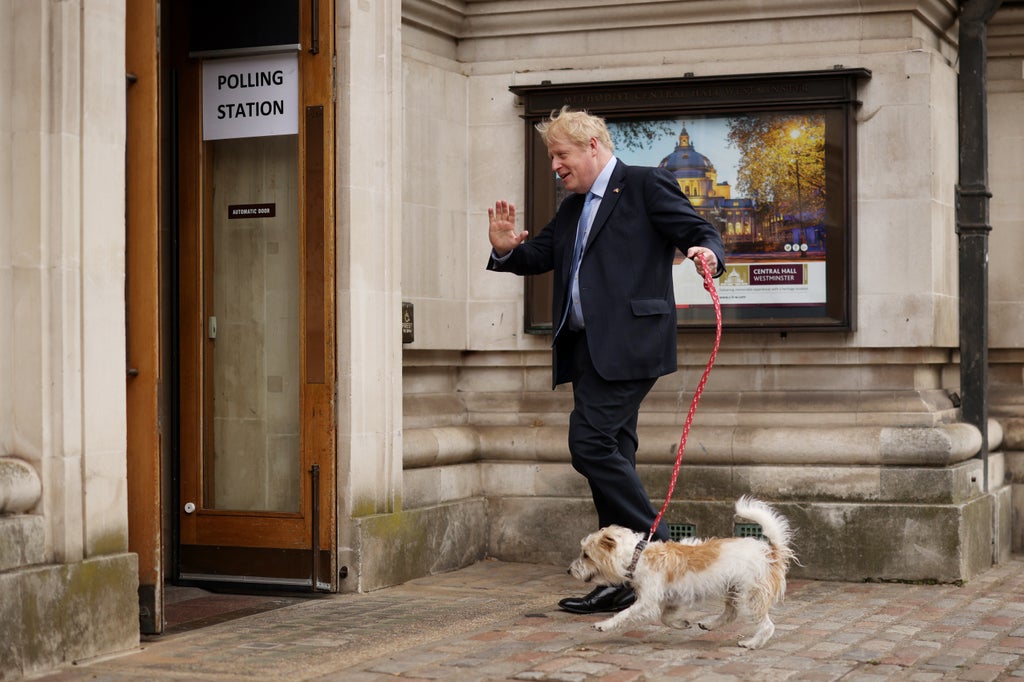 oters are heading to the polls to have their say in a host of local elections across the UK on Thursday.

Millions of Britons are expected to vote, as polling stations opened at 7am, to decide on who should run their local authority. Polls are open until 10pm.

Londoners will decide who runs the capital’s 32 borough councils while residents in five boroughs – Hackney, Lewisham, Newham and Tower Hamlets – will vote for a directly elected mayor.

The results are also expected to be crucial for the future of Prime Minister Boris Johnson as he grapples with the fall-out from the partygate scandal. A poor result for the Tories nationwide is likely to raise fresh questions over his leadership of the party.

Education minister Michelle Donelan argued that Mr Johnson was “an asset, not a liability” in elections after some Tory councillors appeared to distance themselves during campaigning.

Ms Donelan told Sky News she could “understand” why councillor hopefuls wanted to show they are “going to be working hard on all of those things that impact daily life” rather than focusing on what is happening in Westminster.

Just ONE HOUR left to vote at your local polling station

The Grade I listed building includes the Hampstead Museum and surely goes down as one of the most picturesque polling stations in London.

Sun is setting on voters in Scotland

With under two hours to go till the 10pm deadline the sun is setting on chances for voters to get to this beautiful church/polling booth in Fife, Scotland.

Kilconquhar is a village and parish in Fife in Scotland. It includes the small hamlet of Barnyards.

Camden Council has nreminded voters with four-legged friends that they can bring them down to most polling stations in the borough.

I’m not sure they get an extra vote though.

Camden Council has come under significant pressure to carry out much-needed improvements to dangerous intersections in Holborn after plans outlined in 2019 never materialised.

The improvements, which were to be funded and carried out in partnership with TfL, were put on hold due to the impact of Covid-19 on TfL’s finances.

Since its formation in 1964, Camden London Borough Council has largely remained under Labour control other than one term where the Conservatives had a majority between 1968 and 1971 and between 2006 and 2010 where no party had an overall majority.

The Mirror’s Rachel Wearmouth claims to have heard that Labour are directing their activists for a last minute push in Croydon (which it holds) and Wandsworth.

It comes after concerns at Labour’s handling of the Croydon council’s financial crisis.

Having been forced to declare de-facto bankruptcy in late 2020 due to being unable to balance its books, Labour-run Croydon council was forced to put a temporary ban on any non-essential spending.

Parties on the prowl in London with just under 2.5 hours until voting deadline

Political reporter Rachael Burford is in North Westminster where residents are being pressed to head on down to the polling stations before the 10pm deadline.

Voting in Northern Ireland’s Assembly election has been described as busy, with an indicative turnout of 31% reported at 5pm.

The Electoral Office of Northern Ireland said the figure was based on returns from 96% of polling stations.

The polling stations will remain open until 10pm on Thursday.

Earlier chief electoral officer, Virginia McVey, said that while the official turnout is not yet known, it seemed to be high across the region.

The process is taking place to elect 90 MLAs to the devolved Stormont Assembly, with 239 candidates running.

Ms McVey said: “We have a new system in place so we are able to digitally monitor turnout.

“It seems busy across most of Northern Ireland. For 92% of polling stations making an indicative return on turnout at 1pm, it was 15% on average.

“There were lots of polling stations with 20%. It seems high.”

When will the election result be announced in London?

Our Local Democracy Reporter Joe Talora attempts to find out with polls open until 10pm.

What are the issues that matter in Redbridge?

Our very own Josh Salisbury investigates…

Who cares about the PURR-dah ? Pushkin the cat steals show in west London

It’s not just dogs at polling stations with Pushkin the cat who “looks after” St Philip’s Church in Earl’s Court taking over responsibilities at the local election count.

And another for you all. It’s starting to CATch on.