LEGOLAND has opened a brand new attraction at the theme park – and it’s the first for the Mythica land.

The Magical Forest is now open for guests, with fantasy creatures created from 80,00 Lego bricks.

Kids will also be able to go through the immersive light tunnel with special effects and lights.

Fan-favourite, Bits & Bobs and the friendly baby Alicorn, will surprise guests as at the enchanted waterfall before they head deep in the heart of The Magical Forest.

Guests can also unearth secret LEGO habitats hidden beneath the undergrowth and foliage, before heading to the Lava Dragon’s Cave.

Other creatures include the Crystal Claw Crabs and a huge Lego dragon egg.

And the Lego creatures will come to life using Augmented Reality across the attraction.

Helen Bull, Divisional Director at LEGOLAND Windsor Resort, said: “It has been a incredible start to the new season, but it is about to get even better with the exciting opening of our incredible new experience The Magical Forest which pushes the story of LEGO MYTHICA to new realms.

“We’re thrilled to give our guests a sneak peek inside the enchanted woodland walk-through which features some amazing new LEGO models and habitats which will help provide an escape from the everyday transporting guests to a parallel universe where mythical creatures come to life.”

Guests are recommended to use the Legoland app for extra secrets and games while going through the forest.

The Magical Forest is the first new attraction to be unveiled at Mythica, the newest land which opened at the resort in May 2021.

The theme park has also announced plans for a new experience called The Brick – where young builders can create whatever they like.

And Legoland has also revealed plans for three indoor golf courses to open next year.

Here is what you can expect from the rest of the iconic UK theme park – and how to get an extra day free at Legoland. 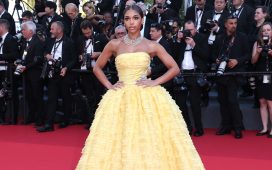