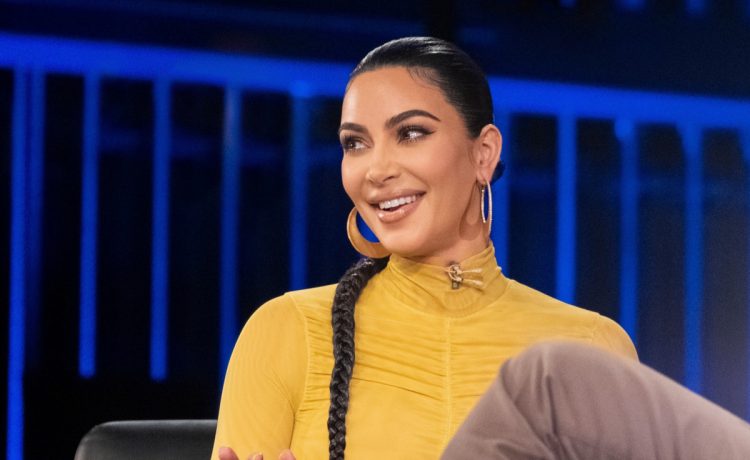 KIM Kardashian pushed her split drama with Kanye West aside while ripping her mom Kris Jenner for wearing head-to-toe Dior.

The KUWTK star, 40, officially filed for divorce from the rapper, 43, last week after months of speculation over their marriage.

💖 Read our Kim Kardashian live blog for the very latest news, gossip and updates on her divorce from Kanye…

And Kim seemed determined to keep her spirits high as she surrounded herself with family at the weekend.

The SKIMS founder – who has four kids with Kanye – shared a clip of Kris rocking monogrammed pants, sneakers and a jacket from Dior.

The E! star asked sarcastically, “Who makes your outfit? I can’t figure it out!”

Kim – who was pictured without her wedding ring on Friday – then filmed Kris sipping a drink while standing with her foot on the couch.

“Ooh, she’s on the couch… I was taught never to do that. Not in this household,” the KKW Beauty founder teased.

She added: “Really, I’m so curious as to who makes this [outfit]?”

Kim made her split from Kanye official last Friday, filing for divorce after seven years of marriage.

She is asking for joint legal and physical custody of the couple’s four kids, TMZ previously reported.

Sources exclusively told The Sun that their divorce has been “all amicable” as they prepare to divide their $2 billion fortune.

However, if Kanye makes any public attacks on Kim or her family, the proceedings could soon get ugly.

An insider told The Sun: “Kim is in the driving seat. If Kanye makes things difficult by badmouthing her or acting out, she’ll go for more money and full custody of their brood.

“Mud-slinging in public won’t work for their family in the long term. They want to split their wealth evenly and keep their kids in the luxurious lifestyle they are accustomed to.”

The rapper is the richer of the pair, worth $1.3billion according to business mag Forbes.

That includes his Yeezy clothing and footwear brand empire as well as his music.

Kim is valued at $780million, largely from her cosmetic brand KKW Beauty.

At least some of the drama will play out on the final season of Keeping Up With The Kardashians, which has been filming over the past six months.

Cameras have followed Kim in her bid to “save” the marriage during Kanye’s short-lived campaign for the US presidency and the couple’s attempts at marriage counselling.

While divorce has been on the cards for months, the timing of the announcement is due to some quick thinking by Kim’s superstar divorce lawyer Laura Wasser.

The idea is that the latest news about Prince Harry and Meghan will deflect some of the media focus on Kim and Kanye.

Laura acted for Kim in her divorce from second hubby Kris Humphries and has previously represented Angelina Jolie, Heidi Klum and Ryan Reynolds.

She said: “It’s not a coincidence celebrities file for divorce on a Friday afternoon before the weekend.

“Our hope is that it slips through the news cycle rather than on a Monday, when you hear about it for the entire week. We advise couples in the limelight to see if we can get as much as possible resolved before.

“When we file the paperwork, it is usually after things have been in the pipeline for some time and have it all done on the down-low without anybody having to know about it, read about it or see it.”

Kanye is said to believe his controversial 2020 bid for president “cost him his marriage.”

During his campaign, the hip hop artist claimed he and Kim almost aborted their first child, North.

When is Captain Sir Tom Moore’s funeral and where will it take place?

“Those who are close with Kanye know his heart and understand his words sometimes do not align with his intentions,” she wrote at the time.

“Those that understand mental illness or even compulsive behaviour know the family is powerless unless the member is a minor.

“People who are unaware or far removed from this experience can be judgmental and not understand that the individual themselves have to engage in the process of getting help, no matter how hard family and friends try.”