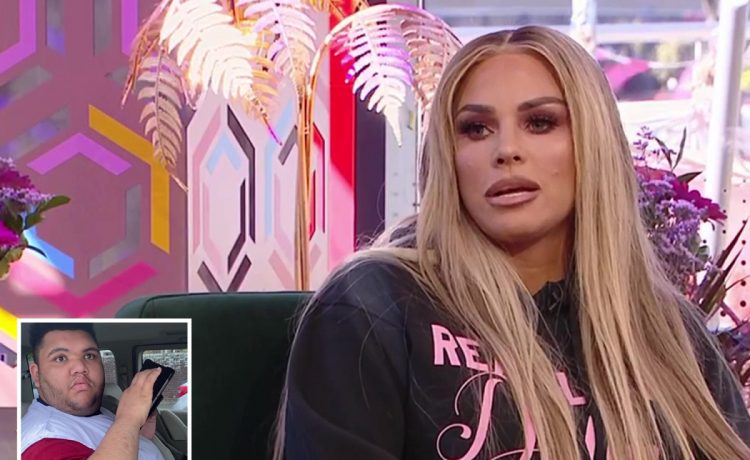 KATIE Price has been defended by her fans after cruel trolls claimed she was “slurring her words” in her latest video online.

The 42-year-old shared a clip of her son Harvey yesterday after he had smashed the car window because he had hiccups.

In the video Katie is heard asking her son:”Why did you smash the window, Harv? Look what you’ve done to the window.”

Still sitting in the car, the 18-year-old replied: “Because of hiccups. That’s f***ing naughty, isn’t it? Bad.”

He then returned to his iPad, which he was holding close to his face while sitting in the vehicle’s back seat.

Katie posted the footage on Instagram, showing the plastic that appeared to once have surrounded the car’s window lying on the grass outside.

She wrote: “Welcome to my bank holiday Monday 😫 a normal day off Harvey’s reaction to hip cups 😱.”

Unfortunately the clip led to some nasty comments, with one troll writing: “Sounds like she’s slurring her words. Maybe shouldn’t be driving in the first place.”

Katie’s fans rushed to defend her, with one person writing: “Seriously? You could hear that? I couldn’t hear that all. That’s disgraceful making a comment like that.”

Another told the troll: “Get a life.”

Harvey has complex needs including Prader-Willi syndrome and he is also partially blind and on the autistic spectrum.

He is on the brink of being moved into a residential college in a move to teach him how to have a more independent life and learn new skills.

Most of Katie’s followers were sympathetic, as one told her: “Oh you keep so calm. Incredible mum xx.”

Someone else said: “Awwww bless him. People don’t understand do they how the simplest of things can set of triggers. Hope your okay xx.”

Harvey has a habit of smashing things when distressed, with Katie revealing he broke six TVs in the first lockdown.

In a YouTube video posted by the star, she revealed Harvey also broke a projector – a Christmas present he received to stop him smashing TVs.

Viewers of theBBC documentary Katie Price: Me And Harvey also saw him becoming upset by a loud noise while visiting a residential college.

When a slamming noise was heard Harvey reacted by hitting his head backwards on a door suddenly. 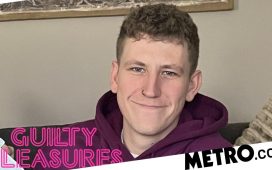