Is Juan Williams leaving The Five? 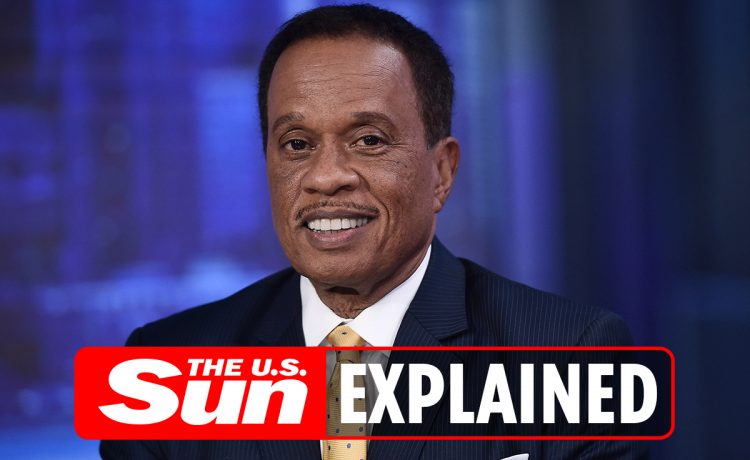 JUAN Williams has served as a host and political analyst for Fox News since 1997.

Williams – who revealed in December that he tested positive for coronavirus – is scaling back some of his duties at the cable network.

Is Juan Williams leaving The Five?

Juan Williams announced he was leaving the Fox News show The Five while on the air on May 26, 2021.

“Covid taught me a lot of lessons. As the show goes back to the New York studio, I’ll be staying in DC,” the 67-year-old Williams told his audience.

He added: “You know, it’s been going on seven years since I have been a daily host of this show.

“The show’s popularity has grown every single year, so thank you. Thank you so much to you, the viewers. Thank you.”

The Five is a weekday opinion show that airs at 5 pm. The left-leaning Williams served as a co-host along with Dana Perino, Greg Gutfeld, and Jesse Watters.

Megan Albano, vice president of The Five, said in a statement to The Hill that Williams left to stay closer to his family.

“As Juan Williams announced on air today, he will be leaving The Five to live in Washington, DC full time,” she said.

“We are incredibly grateful for his commitment to the show and its success over the last several years.

“As we started planning The Five’s return to its New York City studio at our headquarters a few months ago, Juan decided to stay in Washington, DC permanently.

“We accommodated his request, understanding and appreciating his desire to remain closer to his family, recognizing that a remote co-hosting role on a roundtable in-studio program was not a long-term option.

“While we will miss his insightful contributions each night and look forward to welcoming him on set whenever he’s in New York, we are pleased to have him continue his longtime role as a senior political analyst with Fox News Media.”

In addition to his continuing duties at Fox News, Williams serves as a columnist for The Hill.

What did Williams say about Covid-19?

Williams said he was “worried” and felt “not great” after he tested positive for coronavirus in 2020.

“I’m not great but I’m not dying or anything. I’m worried about myself and my family,” Williams told The Daily Beast at the time.

“My wife doesn’t want me to come back to the house right now. On lots of levels, it’s concerning.”