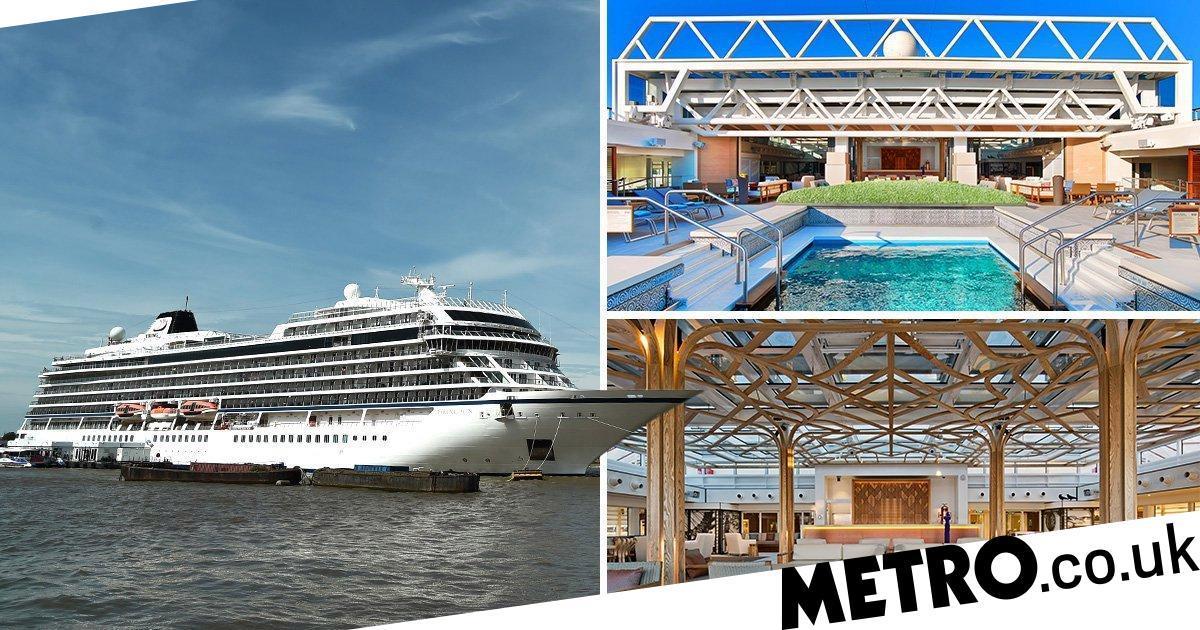 Some very lucky passengers will be setting sail from Greenwich tomorrow on a whopping 245-day long cruise that will visit 51 countries and 111 destinations over its journey.

Not only are they lucky because they’re about to go on a bumper holiday, but because they could just end up being part of a new entry in the Guinness World Records books.

They’ll have had to pay a whopping £66,900 each to get on the eight-month trip, which is called the Ultimate World Cruise and is run by Viking Sun.

If it manages to do the full 245 days, it’ll bag the record for longest continuous passenger cruise once it returns to the UK in 2020.

The cruise will start off heading round the UK, to destinations like Liverpool and Edinburgh, before heading to Scandinavia.

After that, they’ll head to the Caribbean and South America before hitting South Pacific. The massive ocean liner will then continue its journey to Australia and through Asia, before sailing back to the Mediterranean and Europe.

Some of the incredible destinations that passengers will be able to visit include the Great Barrier Reef and Machu Picchu, as well as the natural beauty of the Norweigan Fjords and the Amazon rainforest.

There are resident historians and lecturers who will guide travellers at each destination so they can really make the most of it.

Food-wise, there’s eight different dining options to enjoy, with the menu being specially designed to keep some variety on the go, given how long people will be on the cruise. Organisers say they’ve planned ‘delicious, destination-inspired food at the heart of the 680,000-odd meals that will be consumed’.

Not many people could get that amount of annual leave (or have £66k to drop on a holiday), so Viking offer somewhat shorter versions (from 119 days, beginning in Los Angeles and starting from £32,990).

Included in that – granted fairly steep – price is food, drinks, wifi, excursions, use of the spa facilities, and all entertainment.

Torstein Hagen, chairman of Viking, said: ‘For more than 20 years we have been committed to connecting travellers to culturally immersive experiences that allow them to explore the world in comfort.

‘Our Ultimate World Cruise is the most extensive itinerary available in the industry, nearly double the length of our previous world cruise itineraries. I am pleased to offer such a unique experience for our guests.’

Wendy Atkin-Smith, managing director of Viking UK, said: ‘We broke our own Guinness World Record in 2014 when we christened 16 new river ships in one day. We only launched ocean cruises in 2015 so to already be attempting the world record for the longest continuous passenger cruise four years later is remarkable.

‘Everyone at Viking UK is particularly proud and excited that the cruise is setting sail from Greenwich. We can’t wait to hear all our guests’ stories when they get back.’

MORE: A company wants to pay you £15 an hour to eat free dessert at home

MORE: Mumsnet have identified 13 ‘tribes’ based on popular baby names this year