Is the constant bad news and worse weather beginning to get you down?

Maybe it’s time for a holiday.

With travel restrictions coming to an end next Friday (February 11), the world is truly our oyster, whether looking for a bae-cation with your significant other or an adventure-fuelled solo holiday.

If you’re inclined to go for the latter, you might not even have to dig too deep to be able to afford said holiday.

We know, it sounds too good to be true, right?

But, next week, European travel company WeRoad is running a competition that will see 10 Londoners win an all expenses paid trip on one of its group holidays for solo travellers to celebrate its official launch in the UK.

WeRoad, which first launched in Italy in 2017 before expanding to Spain and, now, the UK, offers specialised group holidays for mostly solo travellers, headed up by one of their highly specialised travel coordinators.

It takes small groups of 8-15 people on authentic trips to destinations across the world, like Costa Rica, Bali, Portugal and even the Lake District.

To win one of WeRoad’s 10 ‘golden tickets’ – the equivalent of one of their trips up to £2,000 – all you need to do is find the WeRoad travel coordinator who will be guarding the tickets at a secret location in London, which will be announced on the brand’s Instagram account at 4am on Friday, February 11 – just as travel restrictions officially lift.

A further 10 ‘silver tickets’ will be handed out to runners up – the equivalent of a £500 voucher towards a WeRoad adventure.

Erika De Santi, Co-Founder & International Expansion Director, said: ‘Innovation is an integral part of our DNA at WeRoad, and we strive to disrupt and rewrite the existing status quo within the travel industry.

‘Our unique direct to consumer brand experience aims to provide prospective WeRoaders with a life-changing travel experience, designed and delivered by our fantastic Travel Coordinators.

She continued: ‘As a brand we want to help bring together like-minded people with similar interests, joining a vibrant community of passionate travellers who want to share an unforgettable adventure together.

‘We’re very excited to officially launch in the UK and with travel restrictions being lifted on February 11, we’re giving people a helping hand to get out there again and go on a once in a lifetime adventure.

‘To celebrate our launch, we’ll be giving lucky Brits the chance to win a ‘Golden Ticket’, which is the equivalent of a group adventure holiday of their choice.’


MORE : Half term 2022: Travel experts reveal how to book a cheap family holiday


MORE : Are all-inclusive holidays actually worth it?


MORE : Four inspiring travel ideas for your next getaway – from solo trips to a Highland trail 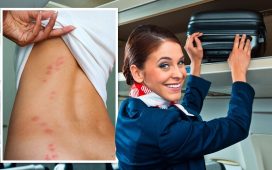 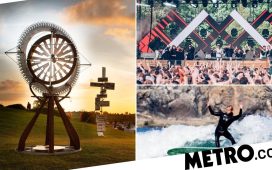 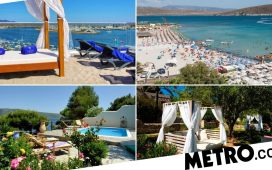 These are the European holiday destinations with the best summer deals 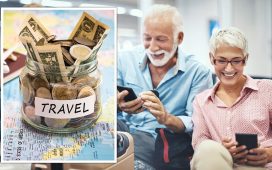