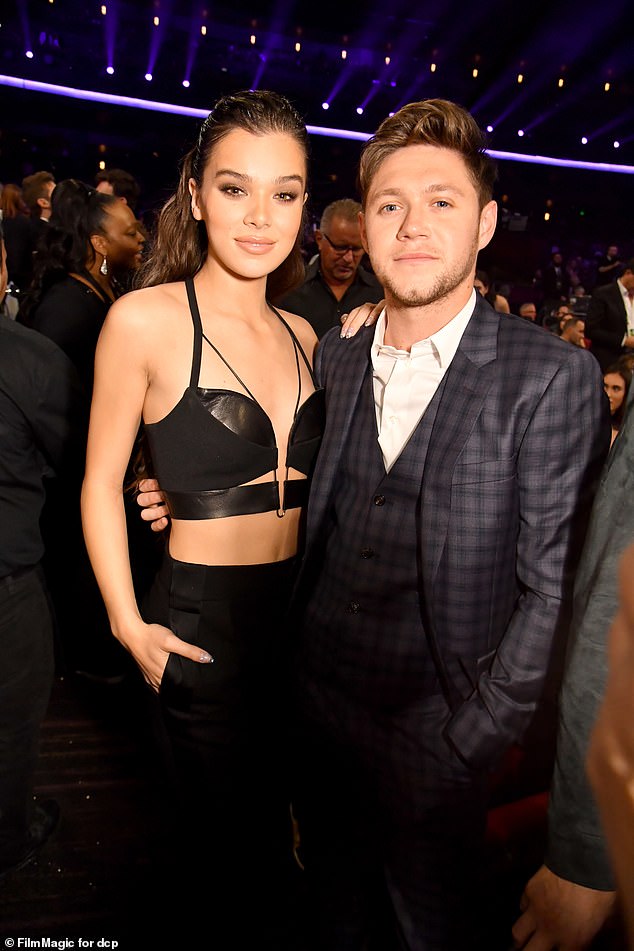 Hailee Steinfeld sent fans into meltdown on Monday, as she confirmed her musical comeback by teasing her new single is about her ex-boyfriend Niall Horan.

The singer, 23, dated One Direction star Niall, 26, for around a year before they reportedly called it quits in December 2018.

And now it seems Hailee is set to spill all about their break up within her new music, as she revealed the title of her new song, Wrong Direction, on Instagram – prompting fans to speculate it’s a diss track targeting her ex-beau.

Telling? Hailee Steinfeld sent fans into meltdown on Monday, as she confirmed her musical comeback by teasing her new single is about her ex-boyfriend Niall Horan, 26 (pictured above at AMAs in November 2017)

She captioned her post: ‘1/1’ – suggesting it will be released on 1st January.

Her latest upload was enough to get fans talking, however, with Hailee’s followers immediately suggesting Niall was the inspiration behind the song.

Suggesting the track will see Hailee finally air what went on between the pair last year, one fan commented: ‘Am I feeling the shade or what?’ 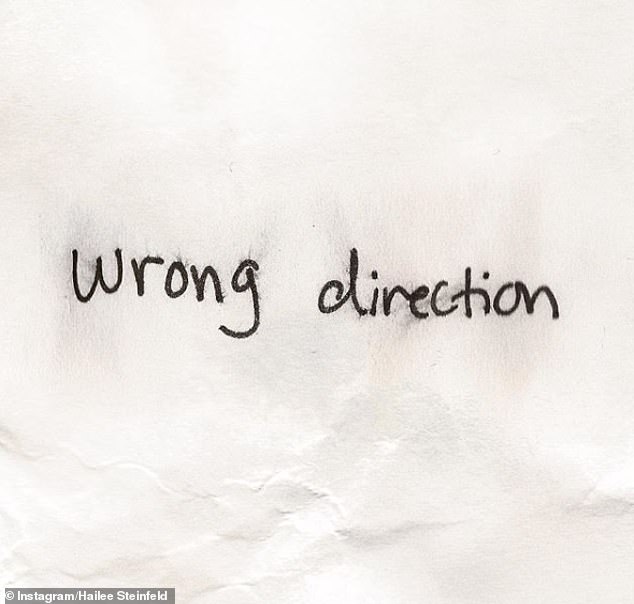 Interesting name choice: The singer, 23, revealed the title of her new song via Instagram, sharing artwork of the track and it’s rumoured release date on 1st January

A second wrote: ‘Niall Horan is shook,’ while a third added: ‘@niallhoran don’t like this,’ alongside a slew of crying laughing emojis.

Another fan posted: ‘Ohhhh man. So ready to hear all about Niall and how he messed up. Get it, Hailee!’

Adding fuel to the fire, Hailee then shared a snap of her in the recording studio and added a broken heart emoji alongside the caption: ‘Ready for you 2020.’

MailOnline has contacted representatives for Hailee and Niall for comment.

‘Niall Horan is shook’: Fans were quick to speculate that Wrong Direction is set to be a diss track about Hailee’s ex-boyfriend and former One Direction star Niall

Niall and Hailee split in December last year, after dating for around 12 months, with both remaining notoriously private about one another throughout their relationship and break up.

Although, Niall hinted that his split from Hailee has been the inspiration for his new music, as he prepares to drop his second solo album early next year, after taking a two year break away from the industry.

He explained he had penned his new material shortly after splitting with Hailee, telling Billboard: ‘I have stuff that I want to write about on my mind all the time.

‘I had just gone through a break up, which helps when it comes to writing songs, I guess. It helps vent the emotions.’

‘Going through heartbreak helped write the ballads, even some of the happy songs – the sad songs that are dressed up as happy songs sometimes,’ he added. 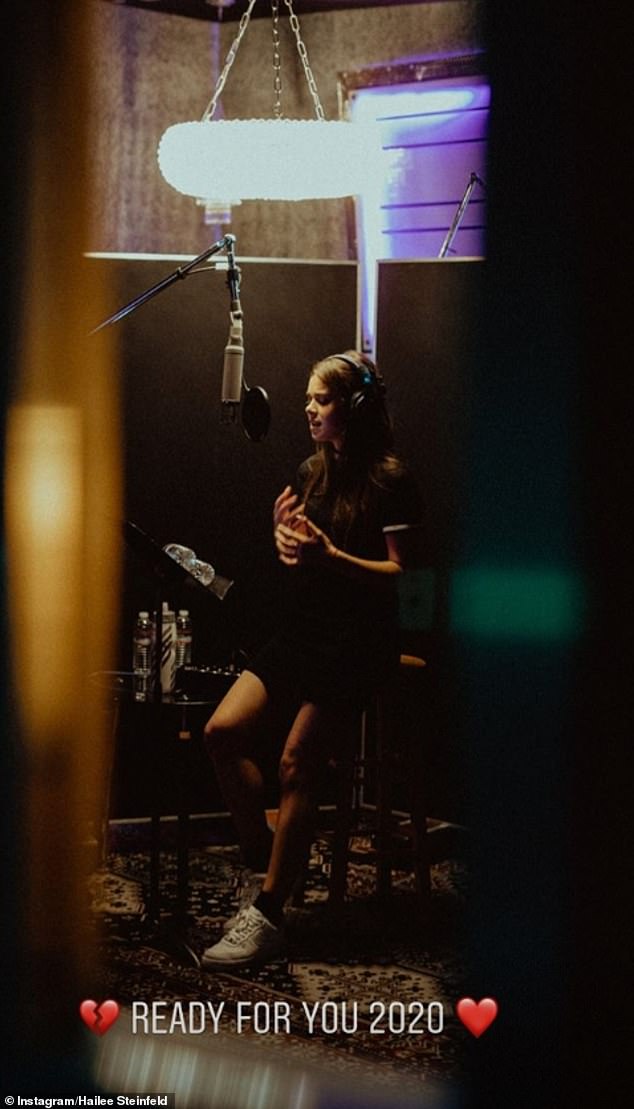 Tease: Adding fuel to the fire, Hailee then shared a snap of her recording in the studio and added a broken heart emoji alongside the caption: ‘Ready for you 2020’

Hailee and Niall were first romantically linked in November 2017, with both choosing to never publicly confirm their relationship – despite pictures later surfacing of the duo kissing out in public.

A year later, it was reported the pair had split, with sources blaming Hailee’s ‘insanely busy schedule’.

An insider told E! News: ‘Hailee and Niall were going strong over the summer but split a few months ago and have been trying to keep it low-key.

‘Hailee realised she had a lot on her plate and her work schedule was insanely busy. She was gearing up for a huge press tour for her new movie.

‘[They realised they] would be apart for mass amounts of time … They really tried to make it work. It definitely was “young love.”‘ 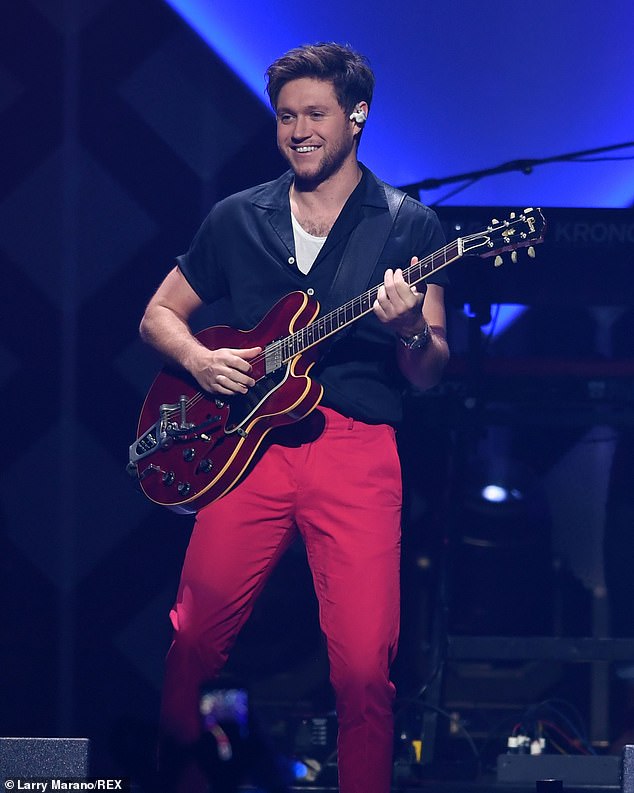 All over: Hailee and Niall were first romantically linked in November 2017, with both choosing to never publicly confirm their relationship, before their split in December a year later