NewsGroove Uk
NewsGroove Uk > Travel > Green list: Everything you need to know about travel rules – from Spain latest and what happens if a country turns amber
Travel

Green list: Everything you need to know about travel rules – from Spain latest and what happens if a country turns amber 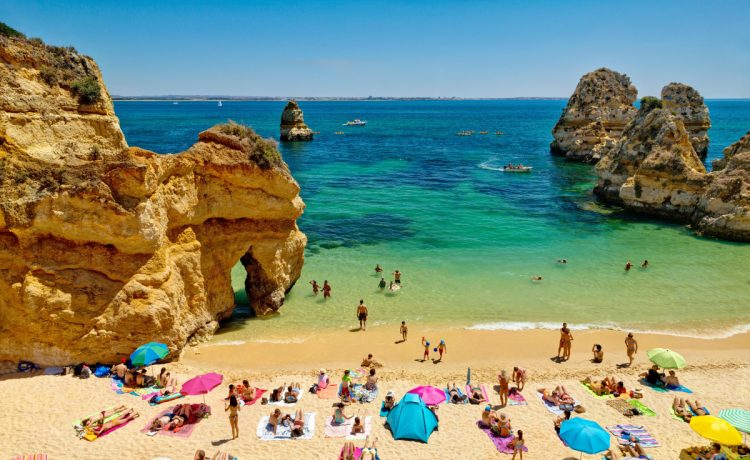 SEVERAL Greek islands, Malta and parts of the Caribbean could be added to the green travel list on Thursday, June 3, says an industry expert.

This is thanks to their low Covid infection rates and improved vaccine rollout.

New Zealand and Australia are also on the list – but they have their own entry requirements and are not letting in tourists at the moment.

France, Greece and Spain are NOT yet on the green list, meaning Brits will have to anxious wait to learn if they can go on holiday there this summer.

Not quite. Entry to Australia, New Zealand, Singapore, Brunei and the Faroe Islands is severely restricted.

Brits will need proof of both vaccinations to enter Portugal, or a negative Covid test.

Portugal requires a negative PCR test for all arrivals. This has to be booked through a UK Government-approved private testing provider and taken up to 72 hours before the flight.

Gibraltar will not require UK visitors to be tested or vaccinated, whereas Israel initially reopened its border on May 23 only to groups of foreign tourists who have had both jabs.

What happens if I book a green list country but it becomes amber?

If you have booked a holiday in a green list country that later turns amber, you will need to self isolate on your return to the UK.

The government has pledged to offer a “watchlist” for green list countries to warn Brits when a country is about to turn amber.

Travel firms have said they will be flexible – with TUI allowing customers to amend a trip for free if a green destination goes on the watchlist or if an amber destination turns red.

Thomas Cook has also promised that Brits can change their holiday for free if a destination turns amber.

Can I book a trip to an amber country?

The amber list covers the most popular holiday destinations such as Spain, France, Italy and Greece.

Non-essential trips to amber-listed countries are allowed under the new rules – but you will need to self-isolate for ten days.

You will also have to take PCR test on day two and day eight of your self-isolation.

There is also an option to test and release on day five.

Will I need to quarantine in a hotel?

Not for a green or amber-listed country, but if you are travelling home from a red-listed destination you must stay in a quarantine hotel for 11 nights at a cost of £1,750.

Most holiday destinations are currently welcoming back tourists with no need for quarantine – though you will need to show a PCR test or evidence of vaccination.

It is worth checking all the latest guidance on specific countries’ requirements on the Foreign Office website.

The government has pledged to review the green list every three weeks.

But, The Independent’s Simon Calder has reported that the review will take place on Thursday June 3.

He reported that any changes to the list of quarantine-free countries would take effect one week later at 4am on Thursday June 10.

PC Agency’s Paul Charles believes that both the Canary and the Balearic Islands in Spain could be added, along with Malta and Morocco.

The travel expert has said that both sets of Spanish islands could be added this week, and open from June 7 – the next date for the easing of travel restrictions.

The eight destinations which he has predicted could be on the list are:

It’s worth noting that this is a pretty optimistic view of tomorrow’s changes – government sources have suggested that far fewer countries are likely to be added to the green list.

For instance, the Balearic Islands, which include Majorca and Ibiza, are lower than the UK when it comes to the 14-day infection rate, with 35 cases per 100,000, compared to the UK’s 44.9.

But the government is concerned about the amount of traffic that travels between mainland Spain – with its high Covid rates – and the islands, as well as the capacity for genomic sequencing in the Canaries.

Benidorm mayor Toni Perez said his hopes of seeing a flood of British tourists in the early part of the summer look more like now happening towards late July and August, after meeting Britain’s Ambassador to Spain.

Grenada and Morocco are both lower than the UK’s daily infection rate as well, both there are similar concerns about genomic sequencing in these two destinations – a key factor when it comes to green listing countries.

Malta is one of the most likely candidates for being green listed, thanks to its high vaccinate rate – the country, which leads the European Union in coronavirus vaccinations, has reached its target of giving 70 percent of adults at least one dose.

What happens if I get Covid and can’t travel?

If you contract Covid, show symptoms of the virus or you’re asked to self-isolate by NHS Test and Trace, you will need to contact your travel company or airline directly.

Most travel firms will let you change your holiday for free – though it is worth checking your travel insurance policy before your trip.

Some firms, such as TUI, offer Covid protection for customers.

Where can I find cheaper PCR tests?

PCR tests usually cost around £120 – adding a significant fee to your trip.

But travel firms have secured cheaper tests for their customers in a huge boost to Brits’ holiday hopes.

TUI is offering testing kits for £20 per person, while Ryanair has £60 tests for customers when you book with them.

Have holiday prices gone up?

Thomas Cook said that bookings for holidays in Portugal had soared by 250 per cent compared with a week earlier.

Online searches for the tourist hotspot, which has one of Europe’s lowest infection rates, have risen by 115 per cent.

Flight attendant reveals what you should NEVER do on a plane

Eight destinations in running to make the green list tomorrow, according to expert

Vaxxed Brits could soon travel to US quarantine-free, if Boris gets his way

Cyprus to be on UK green list this week, predicts country’s tourism minister

The surge in interest has seen prices slashed on luxury getaways, with an analysis by TravelSupermarket.com finding that many five-star hotels were available in late May and June for half the normal price.

The Vale d’El Rei Hotel, located in the Porches area of Algarve, was available for £320 per person for a week with flights from Stansted included – a price drop of nearly 50 per cent, the price comparison website said.