Freddie Mercury’s former partner Mary Austin has shared her emotional thoughts in the aftermath of this death, in a heartbreaking unearthed interview.

The Queen singer with in a relationship with Mary for six years and when he died in 1991, he bequeathed his home to her and her two children.

In 2000, nine years after the passing of Freddie, Mary opened up about the aftermath of his death in an emotional interview with OK! Magazine.

The singer, who has often been hailed as one of rock’s greatest showmen, was known to have had a ‘close friendship’ with Mary, who described their partnership as akin to marriage.

Opening up about how she tried to process Freddie’s death, Mary said: “It was the loneliest and most difficult time of my life after Freddie died.

“I knew I was having trouble coming to terms with his death and everything he had left me.

“I was best left to myself in order to come out of it.”

Mary described her love for Freddie and how it was difficult to finally let him go.

Freddie’s former lover continued: “I lost somebody who I thought was my eternal love.

“When he died I felt we’d had a marriage. We’d lived our vows. We’d done it for better for worse, for richer for poorer, in sickness and in health.

“You could never have let go of Freddie unless he died – and even then it was difficult.”

Freddie had once described Mary as the “love of his life” and made sure that she was financially secure after his death by leaving her his Kensington mansion and future record sales.

Mary said about the iconic singer’s final days: “It was Freddie’s decision to finally end it all. He chose the time to die.

“He knew it was coming. The quality of his life had changed so dramatically and he was in more pain every day.

“He was losing his sight. His body became weaker as he suffered mild fits. It was so distressing to see him deteriorating in this way.”

She then revealed that Freddie made a decision about his future and it was a heartbreaking one.

Mary continued: “One day he decided enough was enough and stopped all the medical supplements that were keeping him going.”

In his final moments, Mary recalled that Freddie faced them with bravery: “He looked death in the face and said, ‘Fine, I’ll accept it now – I’ll go.’

“But it was peaceful and he died with a smile on his face.”

In a new autobiography about the singer, Freddie Mercury: A Life In His Own Words, he spoke about his feelings for Mary and how he viewed their relationship.

Freddie gushed over Mary, saying: “I’ll love her until I draw my last breath.”

He went on to say that Mary was in a very small minority when it came to having a relationship with the Queen star.

He said: “There have only been two individuals who have given back as much love to me as I gave to them. Mary, with whom I had a long affair, and our cat, Jerry.

“My bond with Mary seems to grow and grow.”

He added: “I might have all the problems in the world, but I have Mary and that gets me through… I still see her every day and I am fond of her now as I have ever been.

“I’ll love her until I draw my last breath. We’ll probably grow old together.”

This is something that Mary wished could have come true. 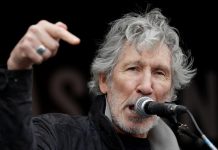