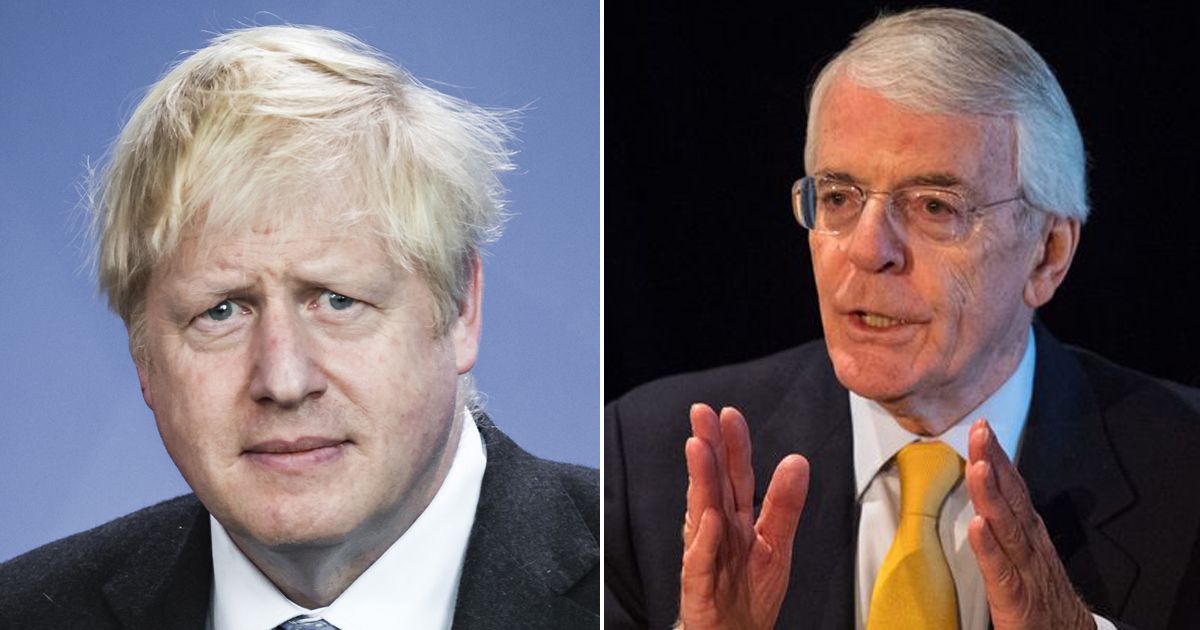 The ex-Tory leader says he wants to join the judicial review brought by campaigner Gina Miller over the Prime Minister’s decision to prorogue Parliament, slashing the amount of time MPs have to stop a no-deal Brexit .

“In view of the imminence of the prorogation – and to avoid duplication of effort, and taking up the court’s time through repetition – I intend to seek the court’s permission to intervene in the claim already initiated by Gina Miller, rather than to commence separate proceedings.

“If granted permission to intervene, I intend to seek to assist the court from the perspective of having served in government as a minister and prime minister, and also in Parliament for many years as a member of the House of Commons.

“I will be represented by The Rt Hon The Lord Garnier QC and Tom Cleaver, who will be instructed by Herbert Smith Freehills LLP.”

Ms Miller says her case is due to be heard on September 5.

It comes after former Labour PM Gordon Brown accused Johnson of “tearing the country apart” and “shredding the constitution”.

Speaking at the inaugural meeting of the Our Scottish Future think tank in Edinburgh he will say: “Only four weeks into his premiership, Boris Johnson is not only shredding our constitution but tearing the country apart with no plan to bring people together again and no unifying national project to ever do so.

“Leadership should be about healing divisions and not accentuating them.

“But today I see a Britain that has never been so divided – Leavers versus Remainers, north versus south, cities versus towns, young versus older – a Britain now being broken into pieces by competing nationalisms.”

Meanwhile, remain activists are awaiting a ruling on a separate bid to block the Parliament shutdown lodged in Scotland.

A cross-party group branded the PM’s plans an “assault on democracy” on Wednesday as they submitted a motion to Edinburgh’s Court of Session – the highest civil court in Scotland – asking for the move to be suspended.

It’s understood the motion was submitted in Scotland because the English high courts are closed for the Summer.

The case was taken by a cross-party group of more than 70 MPs and peers, with the support of the Good Law Project led by QC Jolyon Maugham.

The group had already filed a petition at the Court of Session as part of an effort to stop Mr Johnson from being able to prorogue Parliament, with a judge ordering there should be a fast-track hearing in the case.

Edinburgh South West MP Joanna Cherry said on  Twitter  that Mr Johnson’s plan to temporarily shut down Parliament from around September 11 until the state opening on October 14 was a “constitutional outage”.

She said: “I’ve been on a conference call with Jolyon Maugham & the legal team in case of Cherry v Adv General to see if we can speed up the hearing due on 6 September to get court to look at what’s proposed ASAP.”

One of the politicians involved in the legal bid, Labour Edinburgh South MP Ian Murray, said: “Boris Johnson’s plan to suspend Parliament is an assault on our democracy.

“This is the people’s Parliament and the people deserve to have their representatives in Parliament during this vital period.

“Legal action to prevent the Prime Minister suspending Parliament has already been fast-tracked through the courts and we are now seeking an emergency hearing to prevent this undemocratic action.

“A no-deal Brexit would be catastrophic for Scotland and the UK, and we will do everything we can to stop Boris Johnson inflicting such hardship on the people.

“The final say on Brexit should be handed back to the people.”