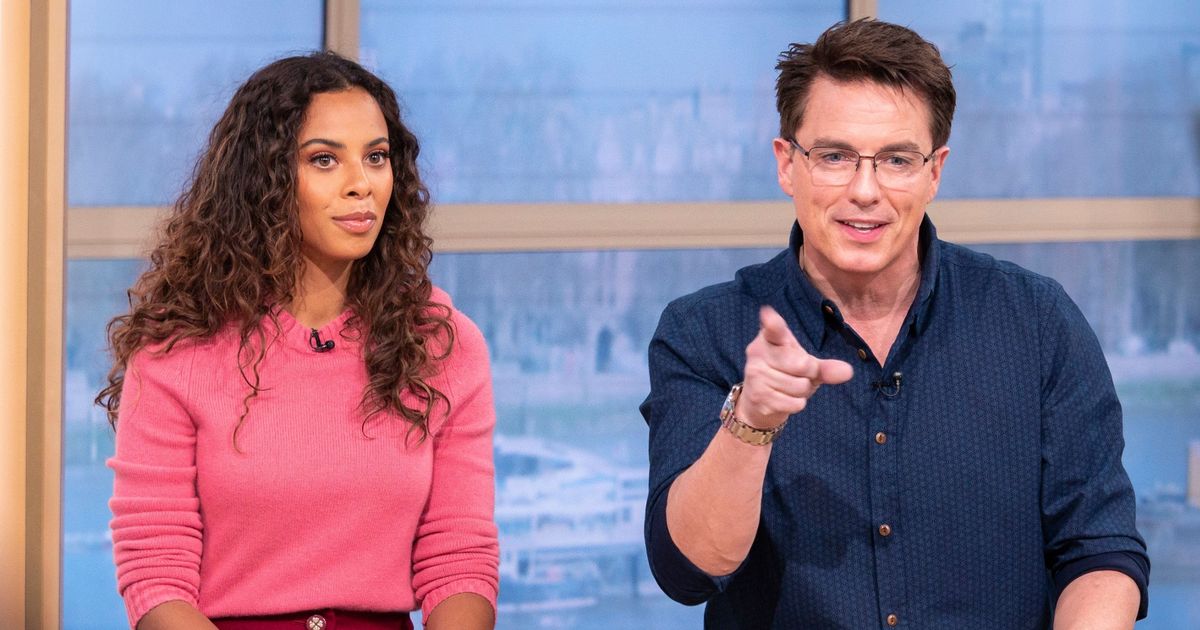 With Philip Schofield and Holly Willoughby taking a well-deserved break from their This Morning presenting duties, a host of famous faces have been cropping up to take their place over the Easter holidays.

Former Saturdays singer Rochelle Humes has been one of the celebs filling for Holly, but it appears co-host Eamonn Holmes does not think she is a ‘natural’ at the job.

Taking to Twitter , Eamonn, favourited a string of gushing tweets from viewers praising him and wife Ruth Langsford, who regularly take over the Friday show.

But eagled-eyed fans clocked the veteran telly star also like one tweet that took a swipe at Rochelle.

The tweet Eamonn ‘liked’ read: “I have absolutely nothing against Rochelle she seems to be a lovely gentle person but for me she’s just not a natural tv presenter.

“For me the most genuine and relatable person and who just oozes natural ease in front of the camera is Eamonn Holmes # ThisMorning.”

Eamonn, 59, and wife Ruth, 59, have been co-hosting This Morning on Fridays since 2006 and more recently the Sunday shows.

He said: “God bless you Fiona ….. but I think a lot of people will disagree with you. All I try to do is do my homework , be real and pretend there’s no glass screen between you and me. I am most complimented that you recognise that. Thank you x”

Rochelle and John Barrowman’s daytime partnership has been largely praised by viewers, who have commented on the pair’s ‘hilarious’ chemistry.

John has also been joined by Inbetweeners actress and I’m A Celebrity runner-up Emily Atack last week as she made her This Morning presenting debut.

This Morning continues on ITV weekdays at 10.30