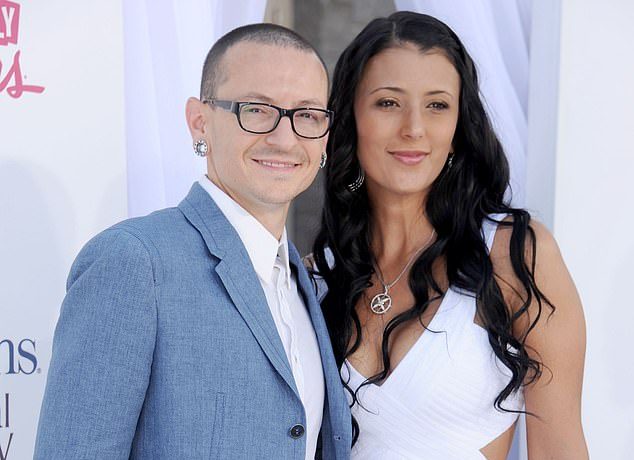 Chester Bennington’s widow Talinda posts a heartwarming tribute to the singer on what would have been his 45th birthday: ‘This life without you never gets easier’

Chester Bennington’s widow Talinda posted a video to her Instagram account to commemorate what would have been her late husband’s 45th birthday.

In her video, the Linkin Park singer was seen dancing with his son Tyler while PSY’s hit track Gangnam Style played in the background.

The musician’s widow also wrote a short message in the post’s caption to let her fans know how much her late husband meant to her and the couple’s children. 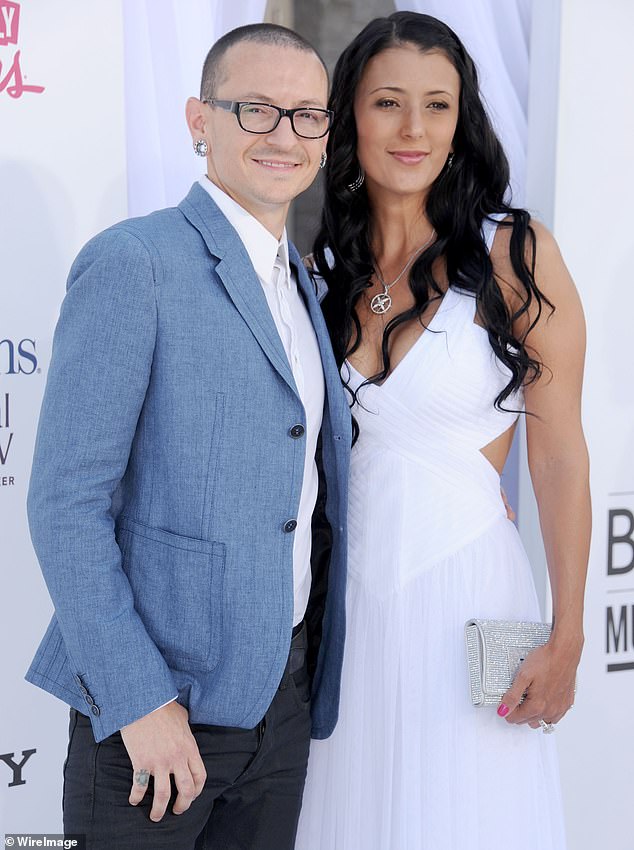 Looking back: Chester Bennington’s widow Talinda posted a throwback video to her Instagram account to commemorate what would have been the Linkin Park frontman’s 45th birthday; the two are pictured at the 2012 Billboard Music Awards

Bennington began by writing, ‘Happy Birthday…You would have been 45 and yes, Tyler would have you doing this dance again!’

She continued, ‘This life without you never gets easier or less painful. We miss you dearly. We will celebrate you in so many ways today.’

The singer’s widow concluded her message with, ‘Tyler teaching the girls and I this dance will be just one. We love you forever.’

The former Playboy model and the Linkin Park frontman were first romantically linked in 2004. 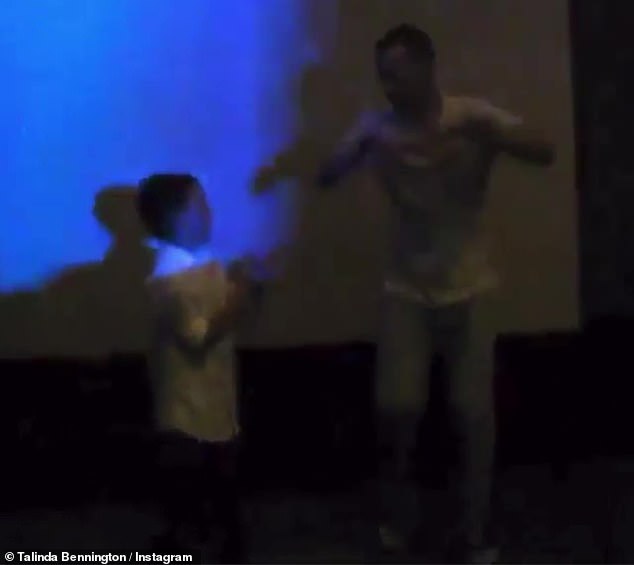 Getting down: In the video, Bennington could be seen dancing with his son Tyler while listening to PSY’s hit track Gangnam Style 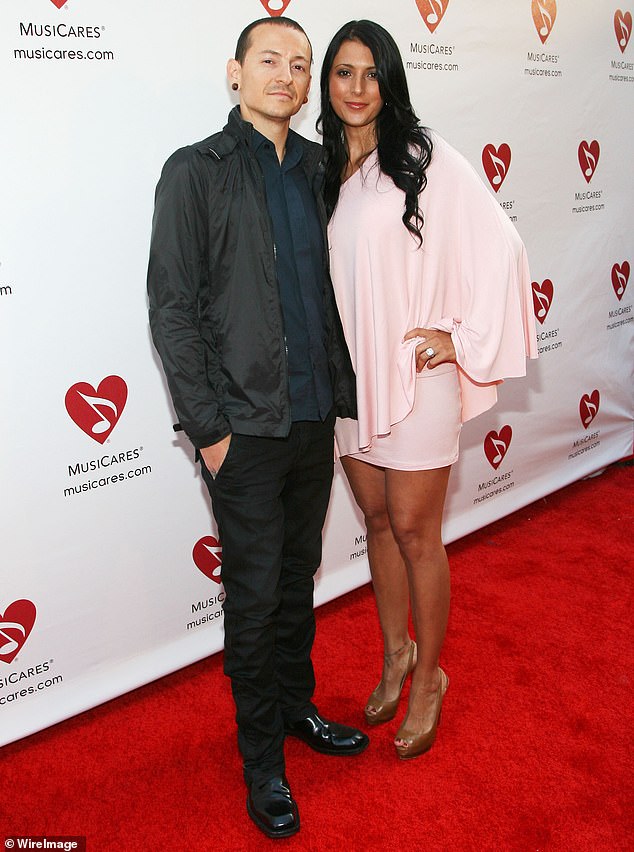 Extra meaning: The singer’s widow also wrote a short message int he post’s caption, which she began by noting that ‘This life without you never gets easier or less painful’; the couple is pictured together in 2011

The pair would go on to tie the knot in 2006 and shared a son named Tyler, aged 15, as well as twins Lily and Lila, both aged nine.

Prior to his involvement with his second wife, Bennington was married to Samantha Marie Olit from 1996 until 2005; the couple welcomed a son named Draven, currently aged 18, during their marriage.

The musician also shared a son named Jaime with Elka Brand; he also adopted Brand’s son from a previous relationship.

Bennington unexpectedly died by suicide in July of 2017, not long after Linkin Park released their seventh studio album, One More Light. 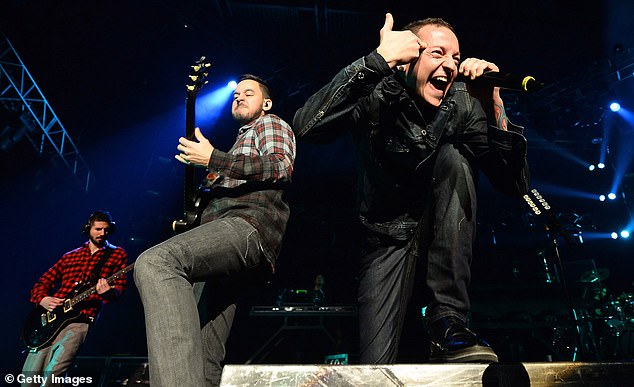 Sudden occurrence: Bennington died by suicide in July of 2017, just months after Linkin Park released their seventh studio album; the singer is seen performing in 2014

After the death of their frontman, the band took an extended hiatus to mourn the passing of their former bandmate, which lasted until April of last year.

That month, the band’s bassist, Dave ‘Phoenix’ Farrell, stated in an interview that new music had been in the works, although the members had been working separately due to the circumstances of the global pandemic.

The following January, Linkin Park released a remix of their debut single One Step Closer, which had been reworked by hyperpop act 100 gecs.

The band then revealed that they would be collaborating with various other artists to provide their fans with new interpretations of their past tracks, in the same vein as their 2001 remix album Reanimation. 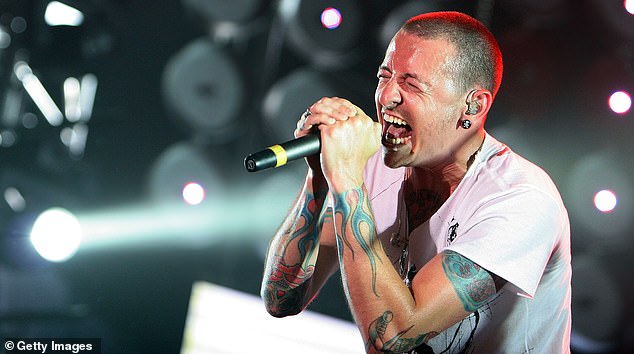 Taking time: After their former frontman’s passing, the other members of Linkin Park took an extended hiatus, which only ended last year; Bennington is seen singing in 2007