By Dan Heching For Dailymail.com

It was labelled the worst film of 2019 at Monday’s Razzie Awards.

Now viewers can make up their own minds, with Universal’s critically derided Cats movie available to stream on various platforms, including iTunes and Amazon Prime Video, as of Tuesday.

It’s a welcome bit of news for curious viewers at home looking for new content to watch – and there are many, many folks currently at home, urged (or required) to remain home as the world tries to curb the coronavirus pandemic. 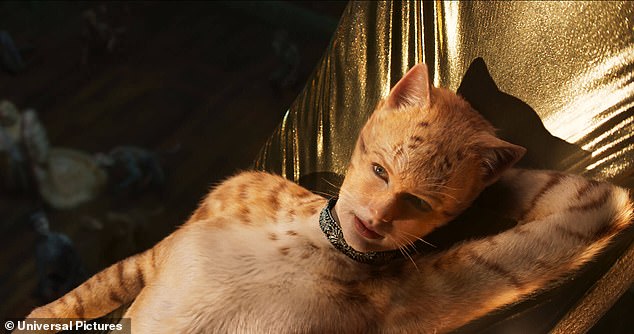 All cats rejoice: The infamously bad Cats movie is available to stream on various platforms, including iTunes and Amazon Prime Video, as of Tuesday; Taylor Swift is seen in the movie

Planned by Universal as their big holiday release, the movie instead proved a box office flop, taking in just $70 million.

An all-star cast, including Judi Dench, Taylor Swift and Idris Elba, costumed in digitally-produced fur, couldn’t save the film, which was ridiculed by critics and proved a box office flop.

It is based on the T.S. Eliot-inspired hit Broadway musical Cats by Andrew Lloyd Webber, which won three Tony Awards in 1982 and was at one point the longest-running musical on Broadway.

The film is available for purchase on Amazon for $19.99, and is also available on iTunes, FandangoNow, Google Play and Vudu. 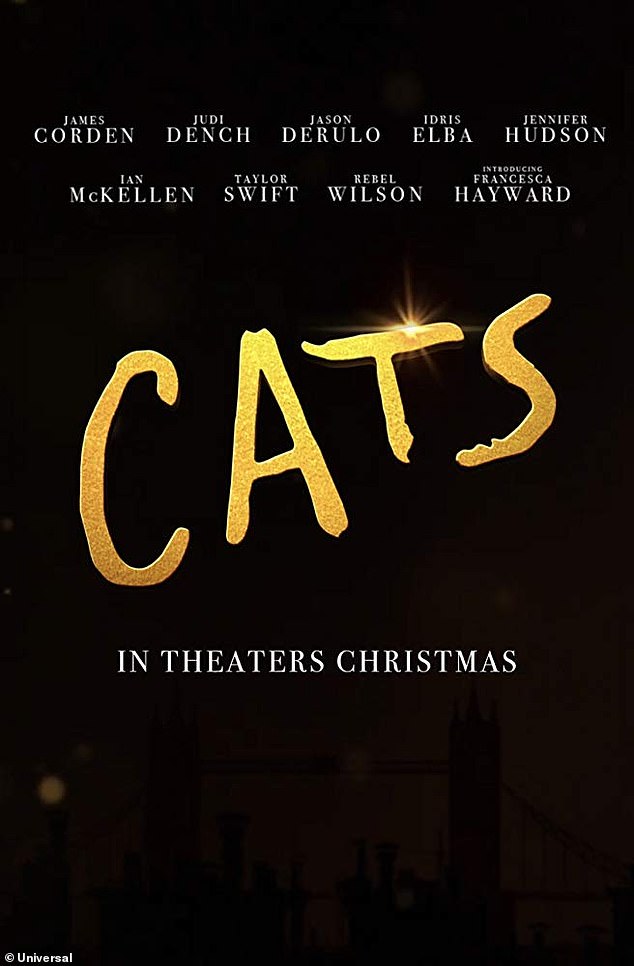 So bad it’s good? The film, which started a wave of distasteful reactions when the trailer came out on YouTube ahead of its holiday release, is based on the play by Andrew Lloyd Webber

The Razzie (or Golden Raspberry) Awards, are awarded annually to the worst of that year’s film offerings.

The ceremony was scheduled this past weekend, but instead was cancelled due to current disease-related circumstances.

In spite of the film’s incredibly negative reception, Cats has unsurprisingly gained somewhat of a cult following, in the tradition of other films that initially appalled filmgoers and critics alike (think Rocky Horror Picture Show, Showgirls, or The Room).

Purrr-fectly terrible: Cats the movie was ‘honored’ with a staggering six Razzie Awards, including Worst Picture

Downtown Los Angeles’s dine-in movie theater Alamo Drafthouse is already host to ‘Cats ‘Rowdy’ Screenings,’ which on its website says is for ‘all you cool cats [who] are encouraged to clap, purr, hiss, and hairball cough when the time feels right’.

Naturally, those events have attracted inebriated patrons ready to have fun while watching the pickle of a film.

But now, in light of the ban on social gatherings, viewers will be allowed to do the same in the privacy of their own homes.

Who is Emma Watson and why was she criticized for her Black Lives Matter blackout post?

What was the must-see TV moment of the year?

The pandemic could bridge generational divides, not widen them | Natasha Lennard