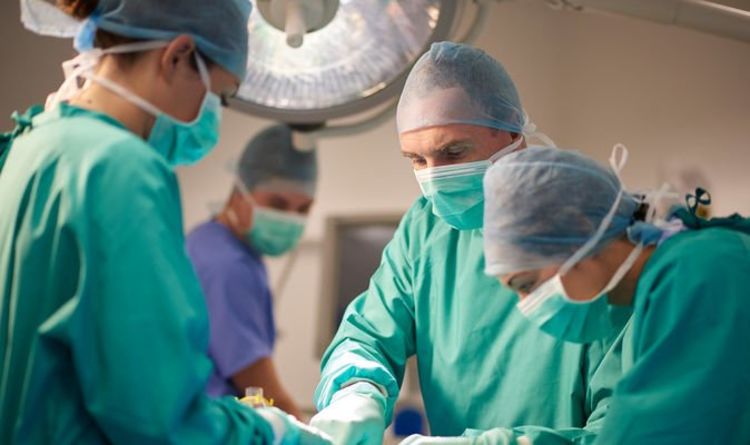 The campaign group has warned migrant numbers will soar and millions of workers could face increased competition for their jobs unless unless a cap is introduced. It said easing visa restrictions on the numbers, qualifications and salary levels of skilled migrants from both the EU and non-EU countries would undermine Boris Johnson’s and Home Secretary Priti Patel’s pledges to reduce immigration after Brexit.

The Prime Minister has pledged to bring forward an Australian-style points-based system after the end of the Brexit transition period in December next year.

The scheme would see people who want to move to the UK rated according to their skills, experience, qualifications, ability to speak English and whether they were willing to work in areas where there are shortages of labour.

But Migration Watch UK said failing to introduce a cap on skilled migrants could lead to a surge in the number coming to the UK.

It also urged the government to stick with a £30,000 minimum salary threshold and minimum education standards for migrants.

Migration Watch UK chairman Alp Mehmet said: “The electorate, including those who don’t usually vote Conservative, will expect Boris Johnson to keep his word on reducing immigration but an Australian points-based system is not in itself the magic wand that will do it.

“The wand has to be waved in a way suited to UK needs if immigration numbers are not to spin out of control again. Should they fail to deliver yet again, the Conservatives’ credibility will be shot with the public and it won’t be just to their new supporters that they could be saying goodbye.”

During the election campaign Mr Johnson said migrants would be issued with one of three visas.

Those with “exceptional talents” such as “violinists, nuclear physicists, prima ballerinas” would be allowed to come to the UK “simply because of what they contribute”.

Skilled workers, including NHS staff, could come if they had a job lined up. Both groups would be allowed to settle.

There is also a 20,700 cap on the number allowed into the UK, although exemptions mean significantly actualluy come into the country.

Former prime minister Theresa May faced a revolt from ministers after pushing for the £30,000 minimum salary threshold to apply to skilled EU migrants after Brexit.

Migration Watch UK said that unless the government retained the cap and minimum salary threshold, millions of workers could face increased competition for their jobs.

A Home Office spokesman said: “We will deliver on the people’s priorities by introducing a points-based immigration system from 2021 to attract the brightest and best talent from around the world while bringing overall numbers down.

“As we end free movement, this firmer and fairer new system will allow us to decide who comes to this country on the basis of the skills they have and the contribution they can make — not where they come from.”