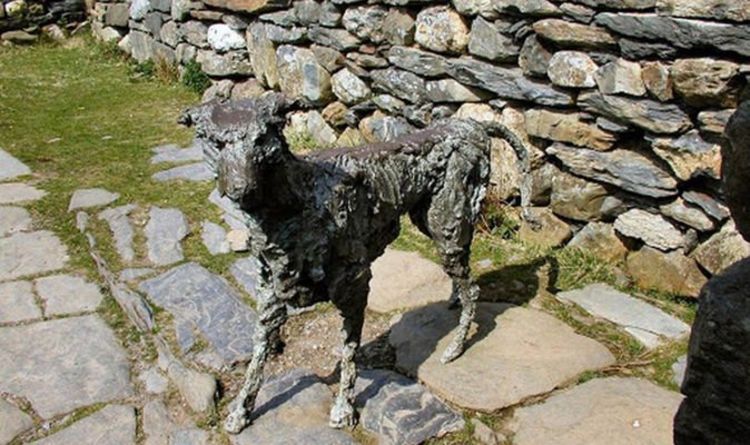 Gelert was said to have been owned by Llewelyn the Great, the Prince of Gwynedd who ruled Wales in the early 13th century. According to legend, Llewelyn had a palace at Beddgelert and often went hunting in the area. One day he left his dog at home and on his return Gelert came to meet him, springing joyfully but stained and smeared with blood.

This worried the prince and he went to check on his baby son, but found only an empty cradle with the bedclothes and floor covered in blood.

Llewelyn was enraged and thrust his sword into Gelert, thinking the dog had killed his son, but as Gelert yelped on his final breaths, this was answered by the cry of a baby.

Llewelyn searched and found his heir unharmed near the body of a mighty wolf. Realising that Gelert had slain the predator and saved his son, the prince was overcome with sorrow and was said to have never smiled again. He buried Gelert in the village and laid a stone in tribute.

It’s a sad tale, but one that has very little basis in history. Llewelyn was the king of Wales at the time, but the legend of Gelert reportedly came to life much later from local businessmen keen to attract more Snowdonian visitors south with a suitably sentimental tale.

And it’s worked a treat – visitors now flock to the village and surrounding hills, and you can even take home a Gelert fridge magnet or postcards from the village shop.

They really had no need, because Beddgelert is a delightful spot on its own merit, particularly when autumn colours the trees.

The houses, shops and hotels are mainly built of stone and the might of Snowdon, the tallest peak in Wales and England, dominates the landscape to the north.

An easy riverside walk from the centre will take you to a stone marking Gelert’s grave, with a plaque retelling the legend in English and in Welsh.

A little further along is a ruined roofless stone cottage, and just inside the door is a bronze sculpture of Gelert standing watch. You will notice the dog’s nose is quite shiny because so many visitors rub it for luck.

This is one of several walks in the area, with plenty of more challenging yomps if you and your dogs are happier on the fells.

The Gelert legend lives on

If the tale of Gelert already sounded familiar, it may be because it’s one of the major plot devices in Disney’s Lady And The Tramp – but it’s a rat, rather than a wolf, that sees Tramp banished until Lady proves his innocence.

The tale has also inspired several poets, including WR Spencer who wrote Beth Gelert Or The Grave Of The Greyhound in 1800 and Walter Richard Cassels who wrote Llewellyn in the late 1800s.

Beddgelert is a two-hour drive from Manchester and two-and-a-half from Birmingham and there’s plenty to explore once you’re done rubbing that faithful nose.

The village is one of the stops on the Welsh Highland Railway, which runs steam trains with heritage carriages between Caernarfon and Porthmadog. While the nearby Sygun copper mine offers self-guided underground audio tours of the site which has been mined since Roman times. 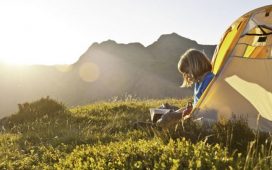 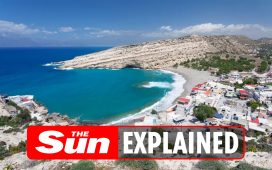 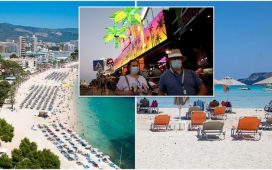 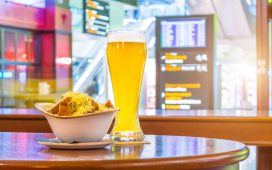 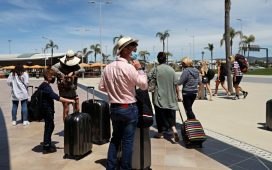