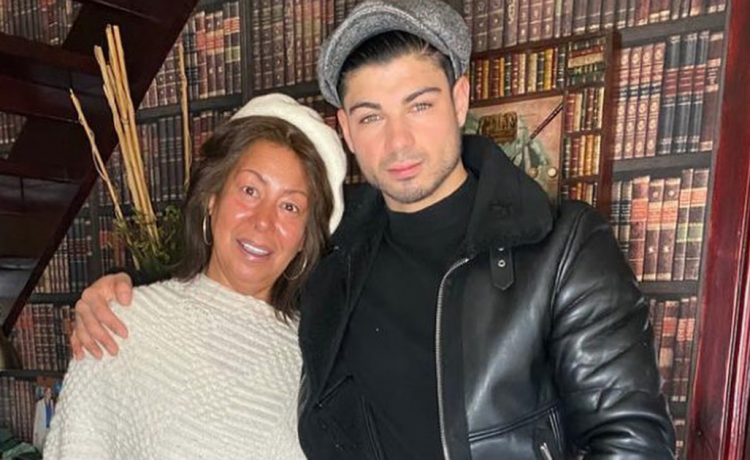 Scots Love Island star Anton Danyluk’s mum says police kicked down her door while she was in the bath after she got involved with dodgy credit card dealings.

Sherie Ann Danyluk, who shot to fame for shaving her son’s bum, has opened up on her run-in with the cops as a young woman.

The mum, who lives in Airdrie, revealed she ended up on the wrong side of the law after a friend lured her into a dodgy business using different credit cards to buy items before flogging them.

The popcorn factory owner says was caught red-handed after using the cards to donate thousands of pounds to charity while ‘getting tearful’ watching Bob Geldof’s Live Aid at home.

She says police traced the credit cards to her house and kicked down the door while she was soaking in the bath.

Speaking to Anton, 26, on their podcast, What’s The Crack?, Sherie Ann said: “I was walking about for weeks with the best of clothes on, jewellery and gold chains. I thought I was the business.

“One day I’m sitting in the bath and then I hear my door getting kicked down and it was the police.

“They found out I was doing credit cards because at the time Live Aid was on, and all the children didn’t have water or anything and Bob Geldof was trying to raise all this money.

“So I had about ten credit cards in my purse so I started donating the money to charity to all these kids. Tears were rolling down my face, these kids without water.

“But every night i would take out all the cards, it just shows you how stupid I was.

“It ended up over a period of time I’ve donated like ten grand to Live Aid. Obviously they’ve traced back the phone number where all these cards are missing.

“The next minute I’m lying in the bath and they’ve kicked through the door.”

Sherie Ann added that she had never been in trouble before getting into the credit card business and said she wasn’t sure what she was doing.

She said the police run-in gave her a ‘complete fright’ and she felt ‘so ashamed’ and swore she wouldn’t never doing anything like that again.

The mum went on to own a successful business, becoming one of the leading manufacturers of popcorn in the UK with MacCorns Popcorn.