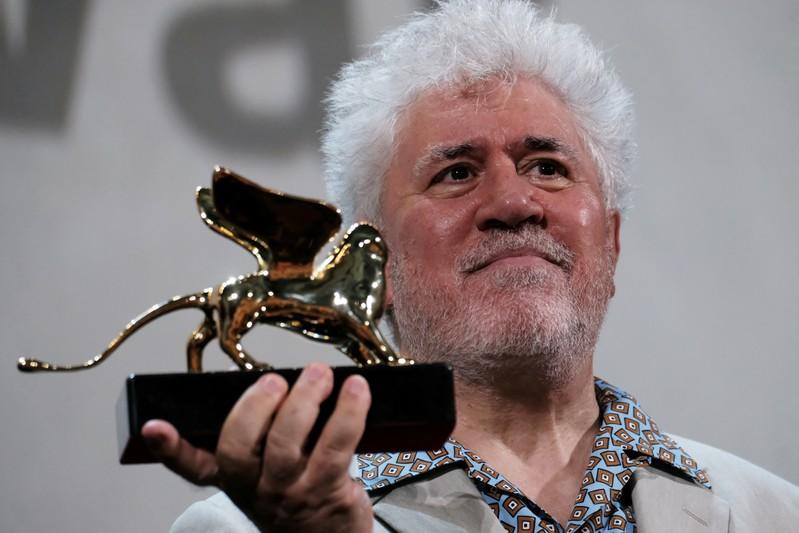 VENICE, Italy (Reuters) – Spanish director Pedro Almodovar added a Golden Lion for Lifetime Achievement to his list of accolades on Thursday, when the Venice Film Festival presented him with the prize for a long and illustrious career.

The 69-year old Oscar winner, known for acclaimed films such as “Talk to Her”, “Volver” and most recently his loosely autobiographical portrait “Pain and Glory”, made his debut at the festival in 1983 with the comic drama “Dark Habits”.

He was nominated for the festival’s top Golden Lion prize in 1988 for “Women on the Verge of a Nervous Breakdown”, a movie that brought him international recognition.

“Venice… is the place where I was born (made) as a director. For me this is something very special,” Almodovar told reporters.

On “Dark Habits”, in which a singer hides out in a convent of quirky and eccentric nuns, a movie Almodovar claimed did not sit well with everyone on the jury, he said: “The simple fact that I was participating in an international film festival seemed like a miracle.”

Almodovar, who has regularly worked with actors Antonio Banderas and Penelope Cruz, has won several awards for his movies, including a best original screenplay Oscar for drama “Talk To Her”.

“All About My Mother”, which he also wrote and directed, won the best foreign language film Academy Award in 2000.