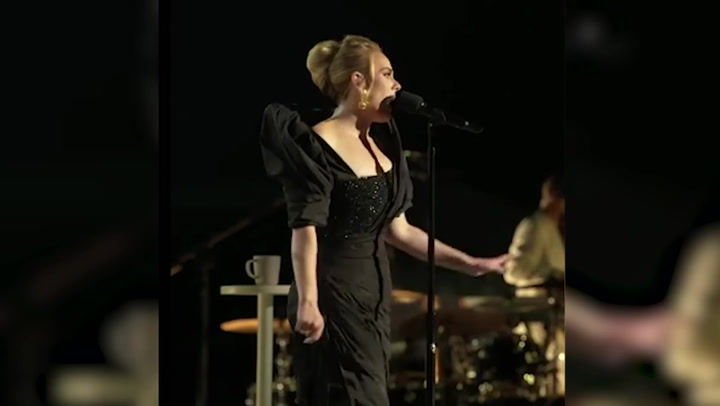 Adele One Night Only trailer unveiled

Adele has revealed she would have “six-hour therapy sessions” with her producer while writing her new album in 2019 and 2020.

The Easy On Me singer, 33, has opened up about her upcoming music in a new interview, sharing that she brought North London producer Inflo along to the recording sessions.

Adele, who has won 15 Grammy Awards throughout her glitzy career, said they would unpack everything she was going through at the time.

She told Rolling Stone for their December cover story: “He was like, ‘If you really listen, this is a mess. If you really listen, people are playing the wrong notes. They’re coming in at the wrong time. It’s all about the energy and the atmosphere that that creates. Why would you want anyone to do another take if you’ve just got the most perfect take that there is?'”

She poses for Rolling Stone
(

Elsewhere in the interview, Adele revealed she didn’t last when it came to dating in Los Angeles as she didn’t want casual sex or hook-ups.

Her friends attempted to set her up on blind dates following her split from Simon Konecki.

“You can’t set me up on a f**king blind date! I’m like, ‘How’s that going to work?’ There’ll be paparazzi outside and someone will call [gossip site] DeuxMoi, or whatever it’s f**king called! It ain’t happening.”

Her song Oh My God is about wanting to put herself out there but having trouble doing so as a global superstar.


She is making headlines at the moment
(

The hugely successful singer has been in a romance with US sports agent Rich Paul since early this year.

Rich and Adele, whose divorce was ­finalised earlier this year, were first spotted in public as a couple in July, enjoying a basketball game in Phoenix, Arizona.

Adele has opened up about her divorce and plenty more
(

In September, she and Rich went ” Instagram official” after sharing a black-and-white snap of themselves.

An insider close to the 33-year-old recently told Heat : “Adele and Rich are joined at the hip and are falling more in love each day.”

“She’s gone from acting coy and telling people its early days to fully admitting he’s the man of her dreams,” they added.