Zagreus: Hades Game Character Is One of 2020's Best 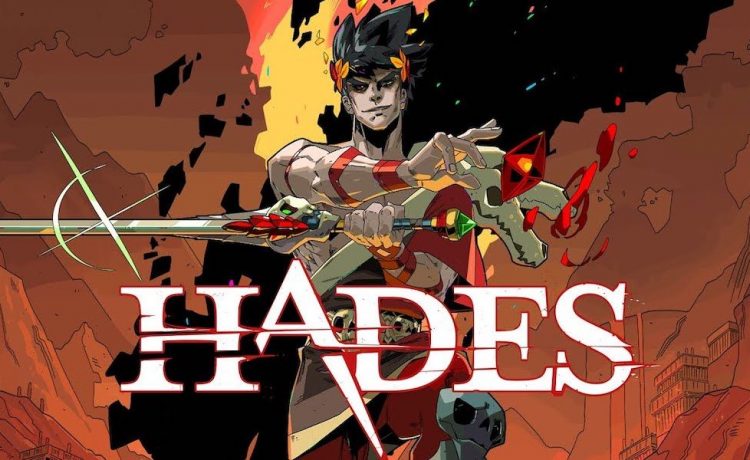 The beauty of playing a truly great video game is stepping into the shoes of a character and seeing the world through their eyes. Whether you can customize them and make them your own or not, this is a feeling unique to video games. This is all to say that it is a joy to see Supergiant Games’ Hades introduce us to one of the best video game characters in a while: Zagreus, Prince of the Underworld.

Hades is a rogue-like with a very simple premise: You play as Zagreus, son of Hades and Prince of the Underworld. The problem with rogue-like games is that they are inherently frustrating. No matter what, eventually, you’ll die and have to start from the very beginning. But Hades is different.

The game builds the rogue-like format as part of its story, and makes Zagreus the glue that keeps you playing. Because you play as an immortal being fighting his way out of his dad’s house to find his birth mother, Zagreus knows he can (and probably will) die at any turn. When we meet him, Zagreus has already tried to escape and failed to do so, but that doesn’t seem to break his spirit. The relationship between Zagreus and his father makes him primed to be an edgy character who simply hates his father for the fate of his mother, and lashes out violently against the world — not unlike Zuko in The Last Airbender. But that’s not who Zagreus is. Instead, he conceals his anger behind cordial jokes and sarcastic remarks.

READ  Will Smith on ‘Gemini Man’, Shooting in a High Frame Rate, and Being Inspired by ‘Star Wars’

You see, some of the enemies you face are people Zagreus grew up with and considers his friends, like ex-girlfriend Megaera. Through dialogue, you get the sense that Zagreus doesn’t resent battling his friends, and his friends don’t take pleasure in killing him over and over. The game makes it clear that Zagreus is breaking the very delicate status quo of the Underworld, and it’s the job of Megaera and the others to set things back in order.

Hades very cleverly intertwines gameplay with story by giving you optional conversations with characters who tell you more about your quest and the state of the game’s world. Though this starts out on the sidelines at first — a casual conversation with Achilles at your father’s residence reveals he has been training you for a while — these relationships evolve the longer you play, die, come back, and talk to the characters again. Even without dialogue trees or conversations larger than a few seconds, you get a real sense of who these characters are through their interactions with Zagreus. Despite being the son of Hades, Zagreus is nothing like his stern and cold father. He is more like Zuko at the end of The Last Airbender, a moody but pretty boy who is very nice to everyone, but can’t help but hurt those closest to him by the very nature of his quest. Because of this, Zagreus doesn’t hold grudges whenever he gets killed. He’s definitely annoyed, for sure, and is very sarcastic and cocky, but the Prince of the Underworld is just 100% honest to a fault. He’s nice to everyone around him while being a bit too confident but still genuinely cares about the welfare of those in the Underworld. More importantly, he never gives up, and eventually, he even gains a fan or two to cheer him on.

Another way in which Hades stands out among rogue-like games is how it creates a sense of consequence through its story. Every choice you take in your many, many cycles — from picking a weapon, to dying in a specific location — affects the dialogue you get from the game’s characters. Taking a new weapon will illicit a reaction from the god who previously used the same weapon to kill their parents, the Titans. If you die a certain way, or while facing a specific enemy, you get snarky remarks from characters — usually your father, who never misses an opportunity to make fun of you and say I told you so.

Despite not being technically a game about narrative choices, Hades lets every choice you make feel like it has bigger impacts on the world than many big-budget RPGs. The more you play, the more these sideline stories become part of the main game as Zagreus’ relationship with the citizens of the Underworld develops. By the end, these all collide in a pretty spectacular story that dares to defy the generally grim and depressing tone of many rogue-like games with an optimistic ending that brings Zagreus’ character arc to a close while nevertheless finding a way to make you want to continue playing.

At some point, Zagreus learns that the Fates predicted he would never be born. His entire existence is a miracle, and so is Hades, a game that defies everything you think a rogue-like can or should be, with a main character who defies all expectations for what he should be like. Like the best Greek myths, don’t be surprised to see the tale of Zagreus and Hades influence storytelling and video games for years to come.

Editor’s Note: Hades, winner of Best Indie and Best Action Title at this year’s The Game Awards, hails from Supergiant Games and is available to play on PC, Mac, and Nintendo Switch.

Rafael Motamayor is an entertainment writer and critic for sites like Collider, Observer, Rotten Tomatoes, /Film, IGN, and more. He specializes in writing about horror and animation, and yearns for the day a good animated horror project comes along so he can combine the two.