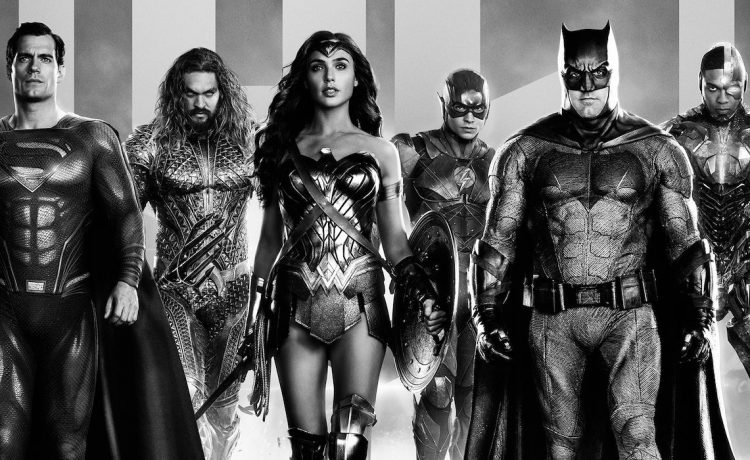 Justice is Gray in this new-new version of Snyder’s long-awaited director’s cut.

The fabled Snyder Cut of Justice League is finally out, and fans have been clamoring for more information on what’s next for The World’s Greatest Super Heroes. It looks like that means a sneak peek at director Zack Snyder‘s next steps for his movie, as Twitch streamer MANvsGame previously announced via Twitter that he’d be hosting a special stream to raise money for the American Foundation for Suicide Prevention. Teaming up with him for the effort were Snyder and actor Joe Manganiello, who unveiled an exciting new clip of Snyder’s planned black-and-white release for Justice League (informally titled Justice is Gray), which the director said was one of his caveats for finishing his original cut.

Fans and critics who have already tuned in to watch HBO Max’s streaming release of Zack Snyder’s Justice League will know this scene well, as it involves Alfred (Jeremy Irons) and Bruce Wayne (Ben Affleck) discussing plans for how best to resurrect Superman (Henry Cavill) with the use of one of the mysterious Mother Boxes. The scene also includes a line from Alfred that serves as a reference to one of Snyder’s six chapter titles for the film, Part Five: All The King’s Horses.

The streamer and his guests talked about the road to making the director’s original vision a reality, as well as the upcoming black-and-white edition of the film. Manganiello’s role as the mercenary Deathstroke was largely teased in both Snyder’s cut as well as the original 2017 release, which Manganiello referenced when discussing the reshoots that altered the final scene to tease a potential “Injustice League” — a future spinoff that was then later scrapped, although he had started to pursue katana training in preparation.

It’s been a big week for the Snyder Cut since its release on HBO Max this past Thursday. In addition to Manganiello, several other Justice League cast members have chimed in on social media to congratulate the director and share their own reflections about working on the film, including Cavill and Ray Fisher. The Russo Brothers, who are best-known for directing several installments of Marvel’s Cinematic Universe, also took to Twitter to say they’d be watching the new cut of the movie.

According to Snyder, his aim is to offer special charity screenings of his black-and-white version when theaters open back up again and it’s safe for fans to attend. In the meantime, Zack Snyder’s Justice League is currently available to stream on HBO Max. Check out the new black-and-white Justice League clip below:

James Gunn Shares His Favorite Horror Movies Since the 1960s

Gunn’s favorites include everyone from Alfred Hitchcock to Bong Joon-ho.

READ  Danny McBride & Cassidy Freeman on ‘The Righteous Gemstones’ and the ‘Halloween’ Sequels
Share on FacebookShare on TwitterShare on PinterestShare on Reddit
newsgrooveMarch 21, 2021