Zac Efron has narrowly escaped death after being struck down with a serious infection while filming his new TV show in Papua New Guinea, according to reports.

The 32-year-old was filming a documentary series called Killing Zac Efron when he came down with a ‘form of ­typhoid or similar bacterial ­infection’ just before Christmas, according to The Sunday Telegraph.

Efron was reportedly flown to Brisbane, Australia from Papua New Guinea on a ‘life-or-death flight’ with the assistance of medical professionals.

Emergency: Zac Efron, 32, has narrowly escaped death after being struck down with a serious infection while filming his new TV show in Papua New Guinea, according to reports

Once arriving in Brisbane, he was admitted to the private St Andrews War Memorial Hospital in Spring Hill ‘in a stable condition’.

There, he received treatment for several days, before being ‘given the all clear’ by doctors to fly home to the U.S. on Christmas Eve.

Dr Glenn McKay, Director of Medical Rescue, which oversaw Efron’s flight, told the newspaper he could not discuss patient information, but confirmed they ‘retrieved a US citizen in his 30s from PNG to Brisbane for medical attention in Australia.’ 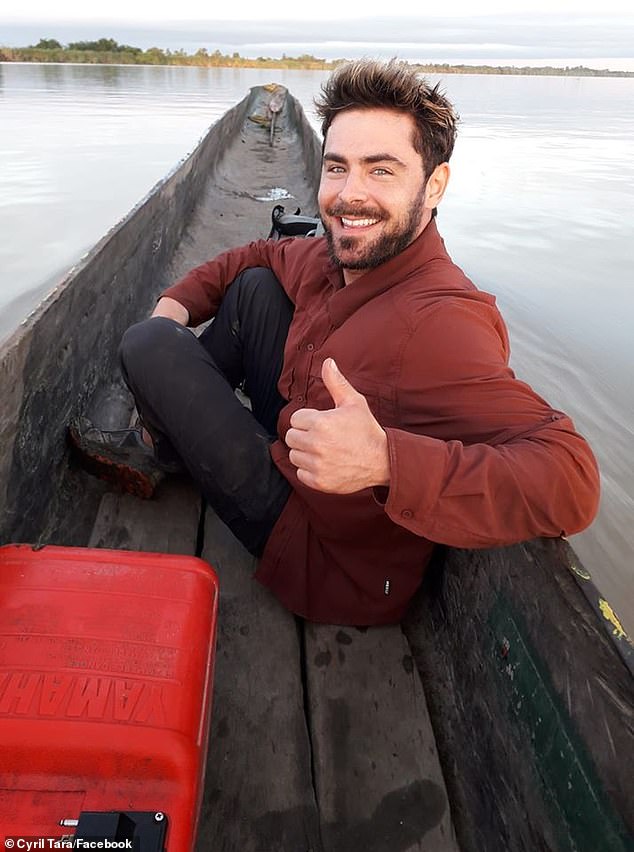 Overseas: The Hollywood actor was filming a documentary series called Killing Zac Efron when he reportedly came down with a ‘form of ­typhoid or similar bacterial ­infection’ just before Christmas’. Pictured: Zac in Papua New Guinea December 7th 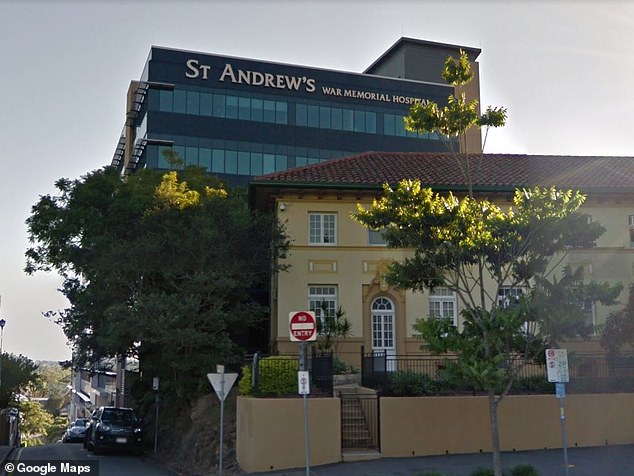 It is believed the Hollywood actor flew to Papua New Guinea at the start of December to film his new TV series, Killing Zac Efron.

The series will follow Efron as he goes ‘deep into the jungle of a remote, dangerous island, falling off the grid for 21 days’, according to The Hollywood Reporter. 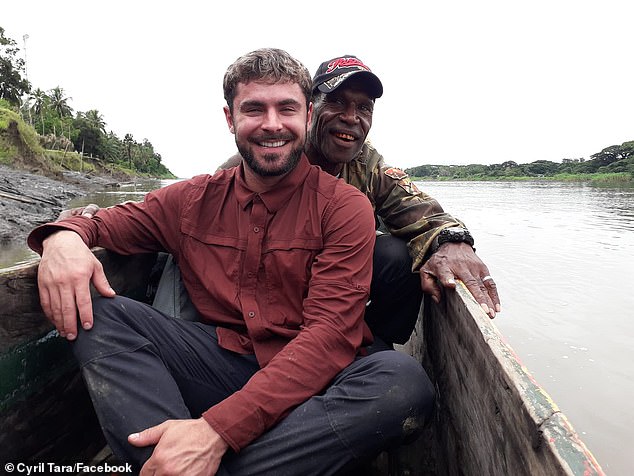 Home: The publication claims that Efron was ‘given the all clear’ to fly home to the U.S. on Christmas Eve, after having his condition ‘assessed by doctors’. Pictured: Efron and his tour guide Cyril Tara in Papua New Guinea December 7th

‘I am very happy to be is guide,’ said Mr Tara on December 7 while posing with Zac.

During his time filming, Efron was welcomed into the Kamanibit Village after arriving by canoe, before then travelling to the Pagwi Village.

‘I tend to thrive under extreme circumstances and seek out opportunities that challenge me on every level,’ Efron said in a statement in November.

‘I am excited to explore any uncharted territory and discover what unexpected adventure awaits.’ 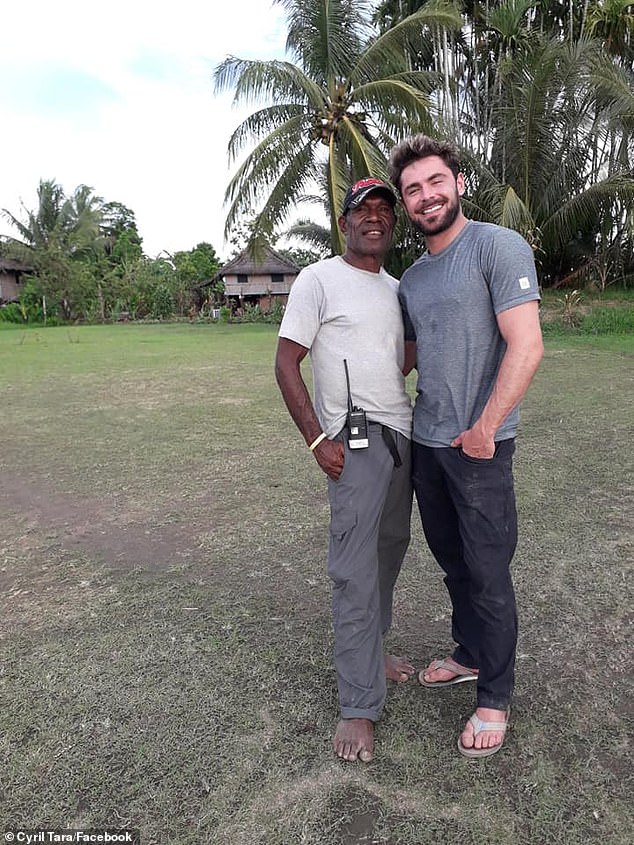 Location: It is believed Efron flew to PNG at the start of December to film series Killing Zac Efron, which follows him as he goes ‘off the grid in the jungle of a dangerous island for 21 days’