NewsGroove Uk
NewsGroove Uk > Lifestyle > Your pets can get hay fever too, here’s how to spot and treat it
Lifestyle

Your pets can get hay fever too, here’s how to spot and treat it 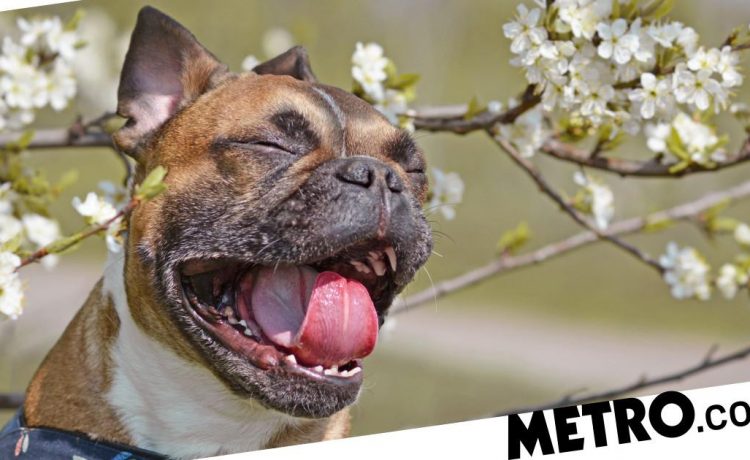 If you’ve been sniffling and sneezing since the weather warmed up, you might not be alone.

Your pets can also get hay fever, and as they can’t tell you, it can go unnoticed.

Dr Scott Miller, TV Personality and Resident Veterinarian for sustainable cat litter brand, Natusan, comments: ‘With the pandemic leading to a nationwide puppy boom, there are many young cats and dogs across the country who have spent a vast proportion of their formative years indoors, and as a result, won’t have been exposed to the great outdoors as much.

‘Which makes them more vulnerable to hay fever – as they will have a lower tolerance to pollen.’

Dr Scott explains that pets are also more susceptible to pollen because they inhale it – like us – but their skin is also exposed from playing outside.

Pollen counts typically rise between about March and September, so here’s what to look out for given it’s peak hay fever season.

Signs of hay fever in pets

Like humans, cats and dogs can also be plagued with the sensation of itchiness – which they will reactively look to scratch as a solution.

It might be unusual to hear certain sounds coming from your pet – but listen out for sneezing, wheezing, snoring or coughing – as these could indicate they’re experiencing inflammation in the throat from hay fever.

A symptom in which we can all relate to. Pets can also be prone to itchy and runny eyes – just as we do – when afflicted with seasonal allergies.

cats could chew at their paws, whereas rashes can manifest on your pooch’s paws – so keep an eye out for irritation.

What to do if your pet has hay fever

If you think your pet seems to have hay fever, the first thing to do is take them to the vet.

Don’t give your pet human antihistamines as they could harm them (as dosages are different). The treatment your vet does give will be dependent on your pet, but can involve eye drops, nasal sprays, injections, or creams.

Dr Scott adds: ‘[The vet] can also cancel out anything more sinister – such as fleas or Dry Eye; a condition more common in dogs which also manifests in irritation of the eyes.’

Keeping on top of daily cleaning to remove pollen from the house and planning walks in the morning (when the count is lower) are good ways to reduce symptoms.

Ensure to wash any coats or blankets they wear regularly to get rid of any pollen that might still be lurking.


MORE : Why aren’t women of colour believed when they address mental health issues?

READ  What can I do to get rid of a moth infestation?
Share on FacebookShare on TwitterShare on PinterestShare on Reddit
newsgrooveJune 2, 2021