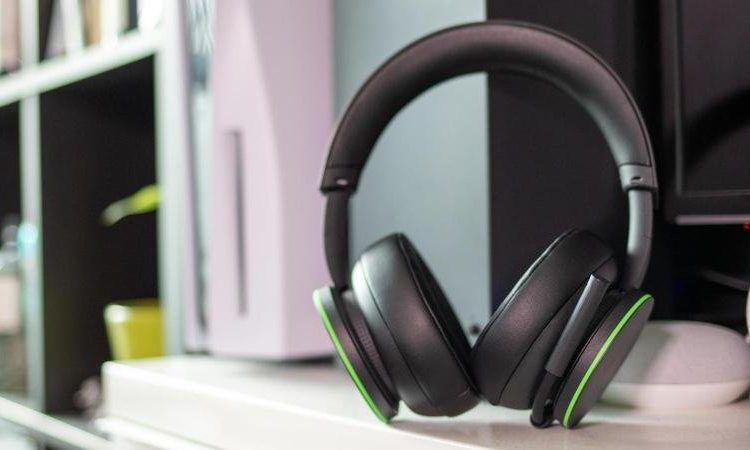 The best thing you can say about the new official Xbox Wireless Headset is that you’d never guess it only cost £89/$99.

The Microsoft-designed over-ear headphones deliver the kind of sound quality, premium design and seamless ease-of-use you’d expect from cans twice their price. While there are flaws, and features we’d love to see added next time around, every omission feels fair when you consider Microsoft’s aggressive price point.

The Xbox Wireless Headset fits right in with the company’s established aesthetic, and looks the part with the Xbox Series X – the higher-end model in the current pair of Xbox consoles. 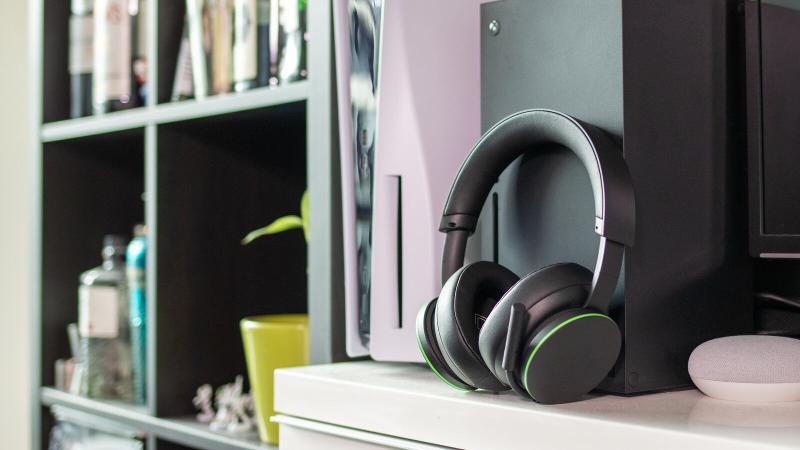 Black plastic and artificial leather are interrupted only by a few bright green accents – the rings around the cups and the joint power/pairing button – and even the Xbox logo itself is only seen subtly in black-on-black, on the right earcup.

The whole headset is reassuringly tough, and sturdy enough that I’ve never felt the need to be precious about it. There’s a decent flex to the headband, and properly adjusting it takes two hands, so you won’t tighten or loosen it by accident.

The microphone bends around the left cup when not in use, and when in use there’s an inward-facing LED that lights up whenever the mic is active. This is actually adjustable, with three different levels of brightness, but you’ll need to make changes from your Xbox or the official Windows app – more on that later. 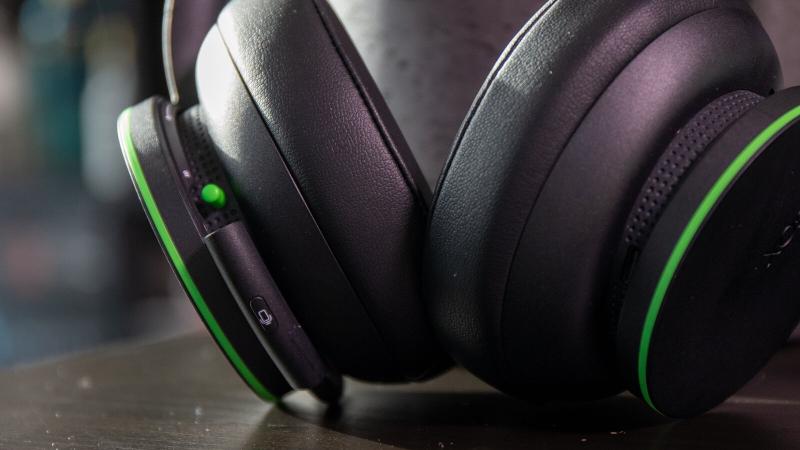 That’s because controls on the headset itself are minimalist to the extreme. There are only two actual buttons: one to handle power and pairing, and one to mute the mic. One more to handle media controls when paired to a phone or laptop would have been a welcome addition, but since the focus is really on gaming it’s not the end of the world.

Volume is handled by rotating the whole outer edge of each cup: one changes overall volume, the other adjusts the chat/game mix. They have a pleasing, smooth action and the choice to make the whole earcup a control is inspired; it couldn’t be easier to change the mix while playing, with no need to fumble around to find the dial. 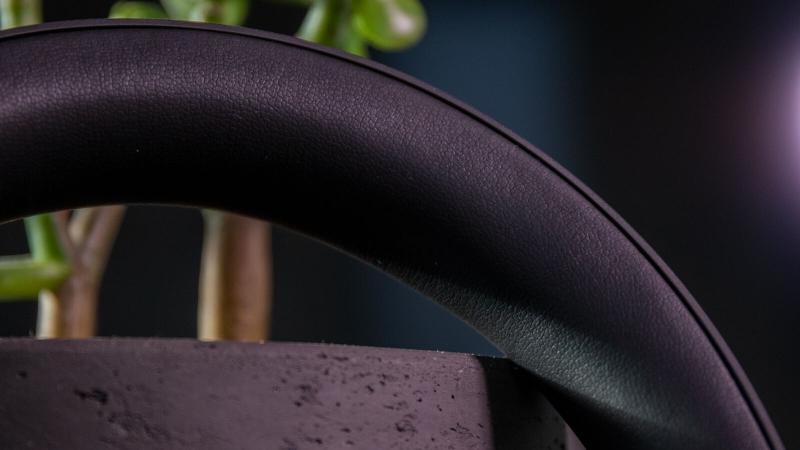 Finally, but perhaps most importantly, the Xbox Wireless Headset is comfortable. It’s light enough to sit easily on your head, but snug enough to create a great noise seal – important since there’s no active noise-cancelling tech included.

Any pleather-bound, over-ear gaming headset will get hot and humid eventually, but at least this won’t bother you before that.

Audio is delivered by a 40mm driver in each earcup, and it’s hard not to be impressed by the performance.

Bass response is strong, so you’ll get the oomph you want from explosions or your engine revving up in Forza, but there’s still enough clarity in the soundscape to let you pick out details like the footsteps of approaching enemies. 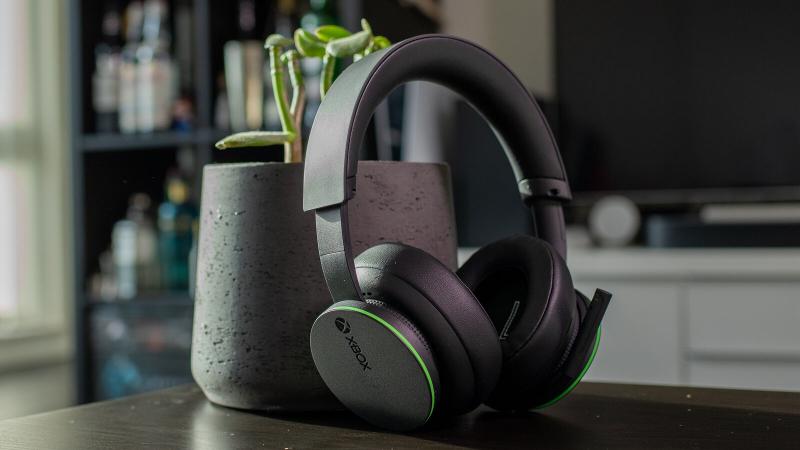 The speakers hold up for music too, which is welcome given that these have easy Bluetooth pairing with phones or computers – so it’s pretty plausible that these could become your everyday headphones rather than be relegated to your gaming gear. If so, you’ll just miss out on proper media controls.

As mentioned, there’s no active noise-cancellation, which is the main thing that keeps this headset from rivalling the best in the business, but for the price the omission is acceptable. You do get support for Dolby Atmos and DTS:X spatial sound, though note that both of these require separate subscriptions.

Chat audio is just as important as gaming audio of course, and Microsoft has delivered here too. Audio from the headset mic is crisp and clear, and helped by voice isolation that attempts to tune out background noise, and an auto-mute function that silences your mic when not in use.

The Xbox Wireless Headset connects to Xbox consoles in the same way that the controllers do, using Microsoft’s own Xbox Wireless standard. That gets you both easy, two-button pairing and a more reliable, higher-quality connection for audio. Win-win. 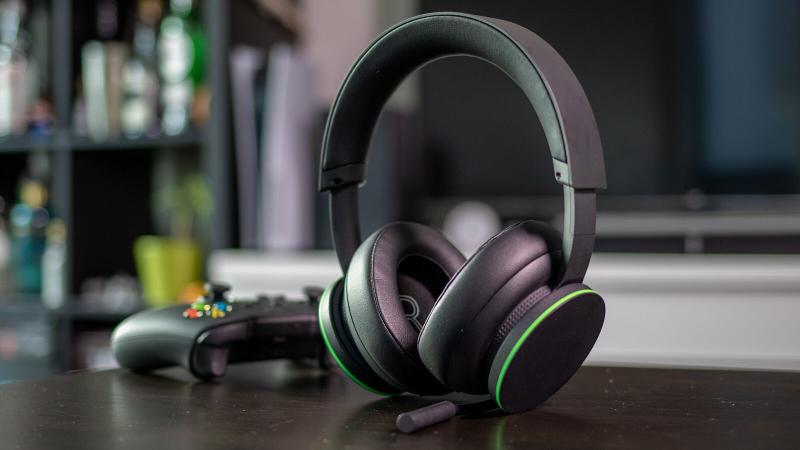 It also means that you can connect this to any of the Xbox Series X|S or Xbox One consoles, though frustratingly it won’t remember pairings. So if you’re lucky enough to have multiple consoles to jump between, you will have to manually re-connect each time. That won’t apply to many people though.

You can pair to a PC the same way if you have the Xbox Wireless adapter for controllers, but you’re more likely to use Bluetooth. This has the added benefit of letting you simultaneously pair to an Xbox and a Bluetooth laptop or phone, so you can have a phone call or listen to music while you game.

Surprisingly, there’s no 3.5mm headphone jack, which limits your options, and completely rules out any support for Switch or PS5, even over a wire. If you have a Windows 10 PC without Bluetooth – like many desktops – you can use a USB-C cable (not included). You’re limited to Bluetooth connections if you want to use them with a Mac. 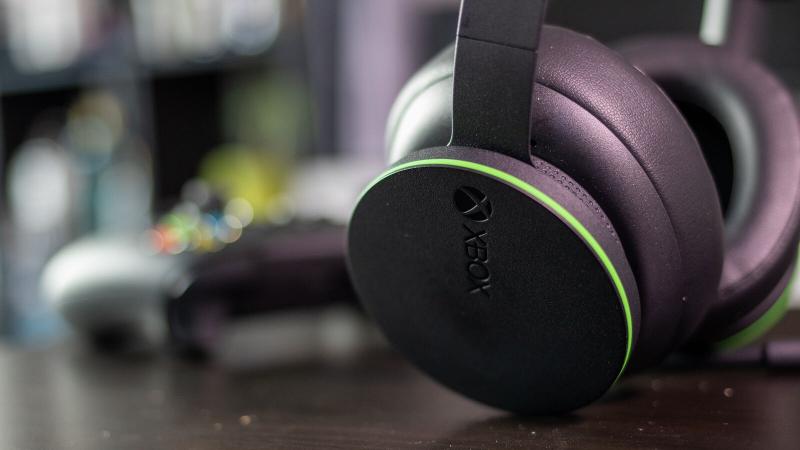 The headset is customisable – to a point – through the Xbox Accessories app, which is available on Xbox One, Xbox Series X|S, and Windows 10. That does mean that you can’t change any headset settings from your phone currently, even if you’re paired to it, and even on Windows you can only change settings while connected over USB-C – not Bluetooth.

Using the Xbox Accessories app you can adjust the level of mic monitoring (how much of your own voice you can hear through the headset), how aggressive the auto-mute is, the brightness of the mute light on the mic, and access full equalizer controls for the headset. Strangely there’s no customisation at all for the voice-isolation algorithm.

Microsoft quotes a 15-hour battery life for the Xbox Wireless headset, and in my testing I’ve found that to be fairly accurate. This is pretty typical for a wireless headset really, and perhaps a little low, but it should be good enough for most people.

A full charge takes three hours or so, though just half an hour charging will get you 30 minutes of playtime. Charging is handled by USB-C, and Microsoft includes a short cable in the box, though you’ll likely want to use a longer lead, especially if you intend to play while charging, or use the same cable to connect to a PC.

The Xbox Wireless Headset is just £89/$99, which is really what seals the deal here. You’d normally expect to pay double that to get the same sort of audio and build quality in a wireless gaming headset. In fact it’s cheap enough to be included in our budget gaming headset chart, though we also think it’s one of the best gaming headsets at any price. 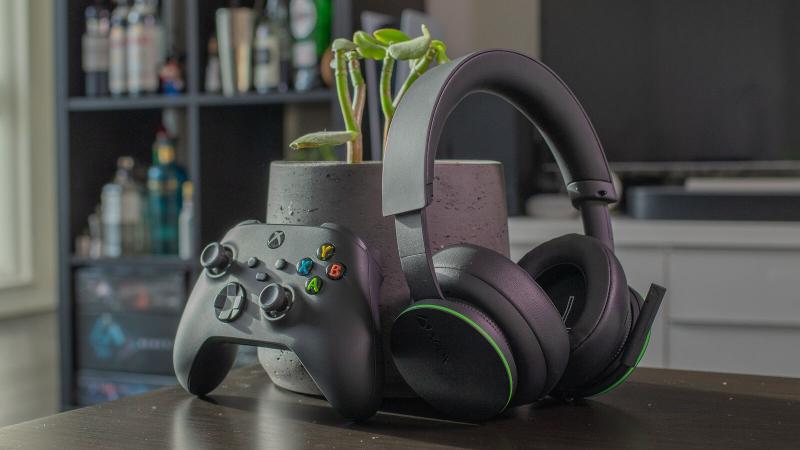 You can buy it direct from Microsoft, though it’s also available from Amazon. UK fans should also check out Game, Currys, and Very, while in the US take a look at Walmart or Best Buy for more options. We have a full guide on the best Xbox Wireless Headset deals to help make sure you find the best price right now.

The Xbox Wireless Headset is a compelling combination of features and value that makes it a bit of a no-brainer for Xbox players looking for a new pair of cans.

You don’t get active noise-cancellation, RGB lighting, or a custom stand, but generally you’d have to spend much more with rivals to find those features.

The 3.5mm headphone jack is a bigger – and stranger omission – and obviously multi-platform players will be better suited elsewhere, as this won’t work with either the Switch or PS5.

Still, if you want a comfortable, well-built headset for your Xbox One or Series X|S that will also handle your PC and phone, this is the sweet spot.