World War 3: US races to end China's 'dream' of military domination in space 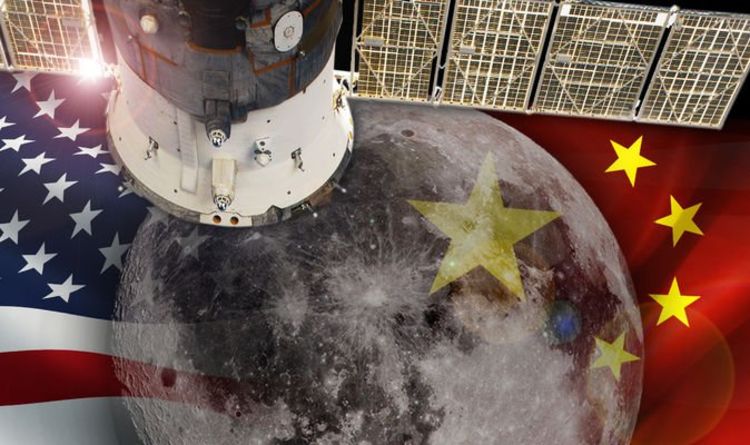 The US and China are accelerating the building of space warfare capabilities as part of a race to dominate the area beyond Earth’s atmosphere. Air Force General John W. Raymond, commander of the Pentagon’s new Space Command, said last month revealed the threat of attacks against satellites vital for American defence and infrastructure is real.

He told the Center for Strategic and International Studies: “I can tell you from my perspective, the scope, scale and complexity of that threat is alive and well and very concerning.”

She told Express.co.uk: “The Chinese military has described space as the strategic commanding height of military competition and sees it as the high ground in future warfare, the notion that future warfare could start in space with a first strike against space systems and a focus on try looking to leverage this domain both as an important enabler of military capability and as a means of targeting the US military, which it sees as asymmetrically dependent upon space as a domain.

“The belief that if the Chinese military, the People’s Liberation Army (PLA), were to target US space systems that could critically undermine the battle networks that the US military is dependent upon and could essentially allow China to win without fighting in a sense.

WW3 fears are again on the rise between the US and China (Image: Getty)

“So I think there is the notion we are seeing space become a really critical element of military competition, both in peacetime and one that would be very critical to any future conflict scenario.”

The national security expert also believes it is not hyperbole to view China’s growing power in the theatre of space as a threat to the US.

She said: “Chinese intentions and capabilities in space do present a near-term threat and long-term challenge to a domain that is increasingly becoming complex and contested on a number of levels.

“And we’re also seeing greater commercial activities in space at a time the US is actually decreasing its own investments.

“China and Europe are increasing their investments in support for different elements of space science.

We’re seeing China aspiring to become a superpower in space and trying to leverage the full benefits of this domain, not only economically, but also militarily.

“And we’re also seeing new technologies and new opportunities to think about expanding human presence and the exploitation of space.

World War 3: The US and China are reportedly accelerating the building space warfare capabilities (Image: Getty)

However, Dr Gregory Kulacki, China Project Manager at the Union of Concerned Scientists, believes China’s increasing influence has been misrepresented and can only have a positive impact.

READ  SpaceX is 'fixing' the brightness of its Starlink satellites

He told Exprewss.co.uk via email: “China’s space program would rank second among all nations well behind the United States both in numbers of satellites and the quality of the instruments they carry for military, economic and scientific missions.

“That said, China has a much larger and much younger pool of scientists, engineers and other specialists in their program and is making steady progress across the board.

“China is not at all desperate, nor is it racing or competing with others.

“It is, however, making steady efforts to develop and apply space technology to meet its civilian, scientific and military needs.

“It is also open to cooperation with other space-faring nation’s.

“Space cannot be conquered or dominated, and Chinese space professionals do not think about space in these terms.

“This is an odd and inaccurate vocabulary promoted by a small but influential group of US officials and experts who are uncomfortable that China now has the same kinds of space technologies that the US has enjoyed for decades and are uncomfortable with increasing parity and its implications.

“Chinese space capabilities increase both its economic, military and scientific standing relative to the past.

“Some see this as a threat, but it is also an opportunity.

“New Chinese capabilities and investments will increase both what we know about space and what we can do, both here on earth and beyond.”

China’s strategy for dominating space was revealed last month in the annual report of the congressional US-China Economic and Security Review Commission.

The commission report warned how China wants to dominate the area between Earth and the Moon, known as cislunar space, as part of what the Communist Party of China has dubbed the “Space Dream”.

China is planning a permanent base on the Moon as part of the dual military and commercial programme.

The report reads: “Beijing is clearly of the view the country that leads in space may also be economically and militarily dominant on Earth.”

Similarly, the Chinese military’s Joint Staff in 2018 said the goal is to achieve “space superiority” – controlling space without interference from ground-based or space-based threats.

General Raymond disclosed during his Senate nomination hearing in June how the Pentagon is preparing “counter-space weapons” for offensive and defence military operations in space.

He also said China and Russia are the main space warfare threats and the US needs to quickly develop offensive and defensive capabilities to deter their weapons and be able to fight in space if necessary.