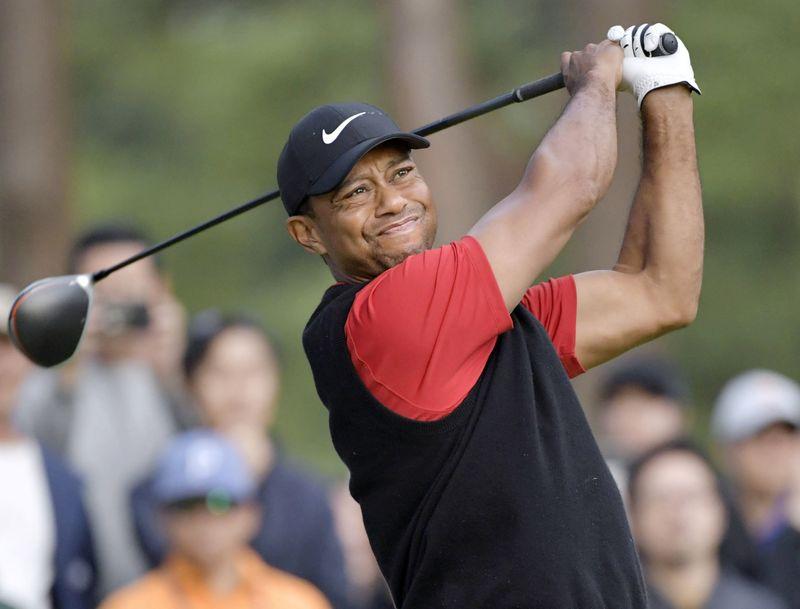 Tiger Woods’ victory at the Masters was named The Associated Press sports story of the year on Wednesday, as voted on by a mix of AP member sports editors and beat writers.

FILE PHOTO: Tiger Woods tees off the 9th hole during the final round of the Zozo Championship, a PGA Tour event, at Narashino Country Club in Inzai, Chiba Prefecture, east of Tokyo, Japan October 27, 2019, in this photo released by Kyodo. Kyodo/via REUTERS

AP went with the great comeback over options that were as much about sports as the issues that enveloped them in 2019: politics, money and the growing push for equal pay and equal rights for women.

Woods’ mesmerizing comeback win at Augusta National beat out the U.S. soccer team’s victory at the Women’s World Cup as the year’s top story. Other candidates included the blown call that cost the New Orleans Saints a shot at the Super Bowl and gymnast Simone Biles’ dominance at the 2019 World Championships.

Woods’ comeback seemed improbable as recently as two years ago when he admitted to suffering from such back pain that competitive golf might no longer be possible. But his revival was nearly 10 years in the making after a scandalous incident at Thanksgiving 2009 resulted in the revelation of infidelities and the end of his marriage. Woods later missed the 2016 season and played just two events in 2017 as his physical condition continued to deteriorate.

He underwent four back surgeries and spent time in rehab following a DUI arrest in 2017 that revealed a dependence on painkillers.

But then Woods put himself in contention at two majors in 2018 — the British Open and PGA Championship — and finished the year with a win at the season-ending Tour Championship.

When Woods, now 43, won his first green jackets in 1997, he blew away the field by 12 strokes and walked off the 18th green and into the arms of his father, Earl. Twenty-two years later, Woods captured his fifth Masters and 16th major by a shot before meeting his young son, Charlie, in the same spot he hugged his father two decades earlier.

Said Woods, “For them to see what it’s like to have their dad win a major championship, I hope that’s something they will never forget.”

Woods, who recently captained the victorious U.S. Presidents Cup team, has 82 PGA Tour wins — tied for first all-time with Sam Snead — including a win in the ZOZO Championship in Japan in October.