A breast cancer survivor is urging other women to get screened for the disease after doctors ignored her symptoms.

Staci Akselrod, 26, of Pleasantville, New York, first noticed a hard lump in her right breast in 2016.

She visited a physician to address her concerns – but they were brushed aside and she was told she was ‘too young’ to have breast cancer and that she had dense breasts, which are a risk factor.

Just one year later, in May 2017, Akselrod would be diagnosed with the disease, TODAY reported.

After chemotherapy and surgery to remove her right breast, Akselrod is cancer-free and is encouraging women to push for screenings if they believe something is wrong. 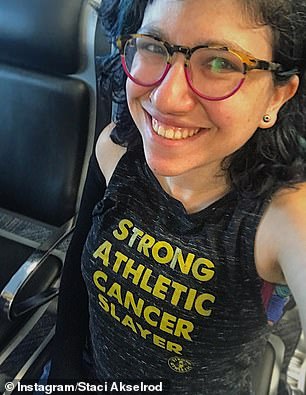 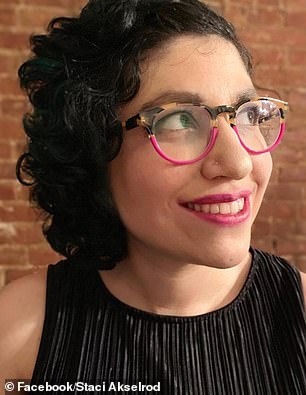 Staci Akselrod, 26 (left and right), of Pleasantville, New York, first felt a lump in her right breast in 2016. She visited her doctor, who dismissed her concerns and told her she was ‘too young’ to have cancer 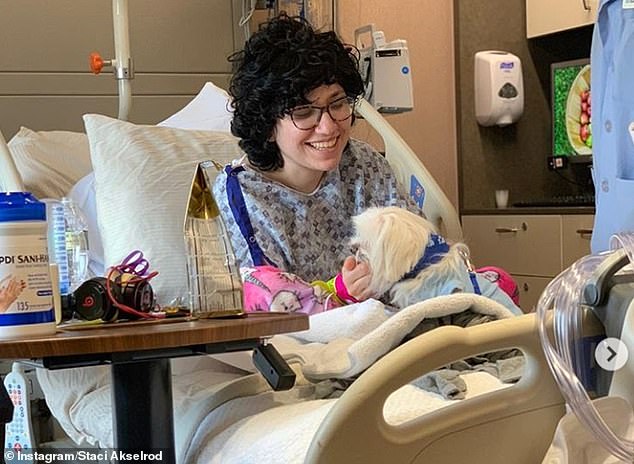 One year later, in May 2017, while she was being screened for another issue, she was given an ultrasound to check her breast. Pictured: Akselrod in the hospital, November 2018

‘I had kind of always discussed with any doctor who gave me a breast exam that I had dense breasts,’ Akselrod told TODAY

‘But no one had ever expressed too much concern over it or talked to me too much about monitoring.’

At the time, Akselrod was being monitored for digestive problems and a suspected autoimmune disorder.

During one check-up, with different doctors, she brought up the lump and they decided to give her an ultrasound.

READ  High blood pressure: Doing this much exercise in the morning could lower your reading

Ultrasounds are preferable to mammograms for women with dense breasts because the cancer on mammogram screenings is nearly indistinguishable from breast tissue.

Akselrod told TODAY that when she received the diagnosis in May 2017, she was ‘shocked’.

One out of every eight women in the US will be diagnosed with breast cancer during her lifetime, according to the American Cancer Society.

In women under age 40, is very rare and more likely to be diagnosed in advanced stages. 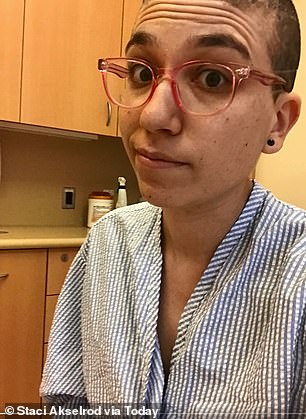 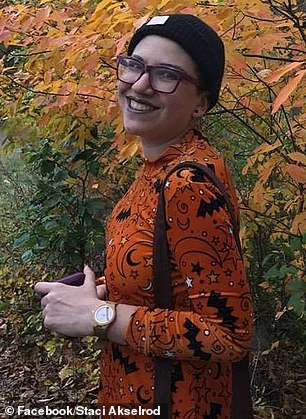 Akselod (left, in the hospital, and right) was diagnosed with breast cancer, which is very rare in women under 40.  Among women, breast cancer death rates are higher than the rates for any other cancer, aside from lung cancer. 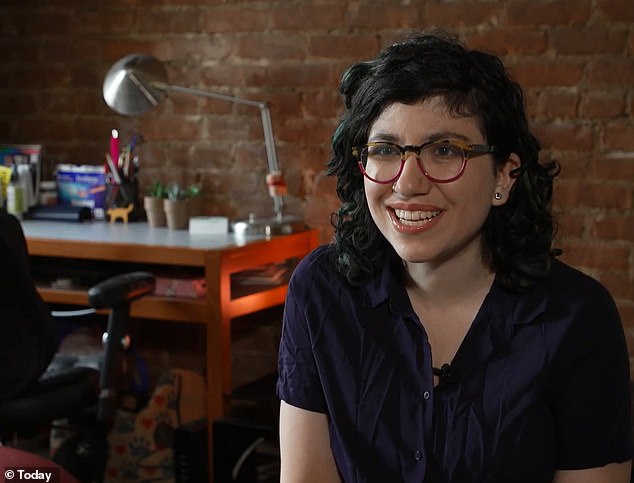 Less than a month after her diagnosis, Akselrod (pictured) began 18 weeks of chemotherapy

Women are considered at an increased risk if they are older, have a family history of breast cancer, carry the BRCA gene mutation or have a history of chest radiation.

In 2019, it is estimated that more than 331,530 cases of invasive and non-invasive breast cancer will be diagnosed in women and nearly 42,000 will die.

Among women, breast cancer death rates are higher than the rates for any other cancer, aside from lung cancer.

Breast cancer does also occur in men but the incidence rate is less than one percent.

Less than a month later, Akselrod began 18 weeks of chemotherapy.

‘If I could have gotten diagnosed at an earlier stage, you know, maybe things could have been a lot easier with treatment and surgery, or at least with surgery,’ she told TODAY.

‘People kept telling me that I was being brave, but I felt terrible. I was really scared.’

She said she felt isolated because nurses at the hospital would often comment on how young she was, or she was reminded of her age when she would go to support groups and be the youngest person there. 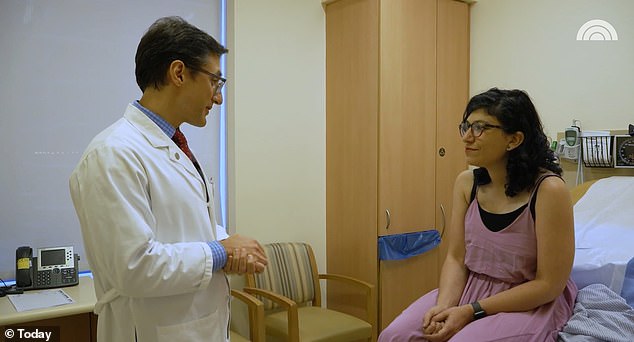 She also underwent a mastectomy to remover her right breast, but says the hardest part of treatment was losing her hair. Pictured: Akselrod during a check-up 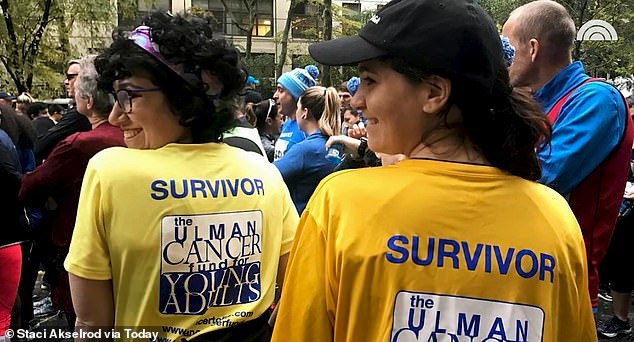 Akselrod is now cancer-free and is encouraging other women to push for screenings if they believe something is wrong. Pictured: Akselrod, left, with a friend

Akselrod also underwent a mastectomy, a surgical procedure in which one breast is removed, on her right breast.

However, she said the hardest part of treatment was losing her naturally curly hair.

‘Losing my hair was losing control over my body,’ Akselrod told TODAY.

‘Even though I don’t know if I necessarily, like, would have been too upset if I had decided to shave my head for another reason, in that moment, it was really upsetting. I very, very rarely wore wigs.’

Akselrod is now cancer-free and says the women are their own best advocates and to push for tests and screenings if they too have doctors who ignore their symptoms or concerns.

Coronavirus: 'I know my life will not be saved in this pandemic'

'Dial 999 for stroke emergencies despite coronavirus' 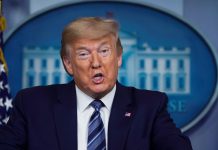 Type 2 diabetes: The simple exercise you can do at home to lower blood sugar

Can I still go to A&E for treatment? Dr Hilary answers your questions

Hertfordshire hospital forced to consider who should be refused oxygen 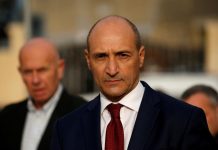 Coronavirus: Essex midwife and Liverpool nurse who died are named