With screen time up, look for video games that incorporate exercise – FOX 5 NY 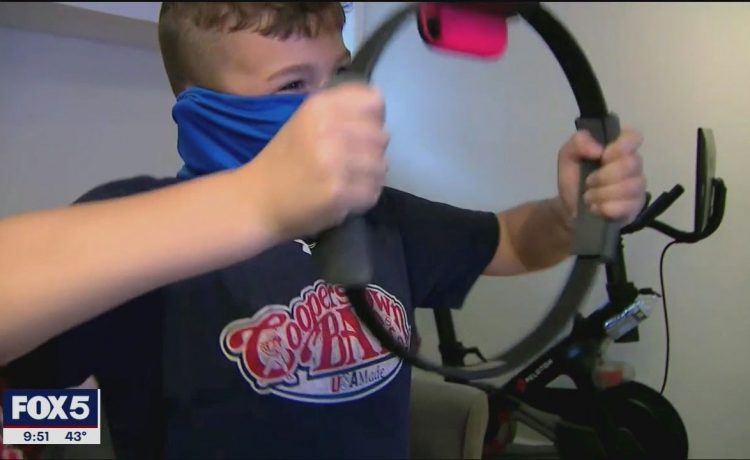 Just Dance and Nintendo Switch Ring Fit Adventure are some of the video games that require physical activity.

NEW YORK – Gaming is up across the board due to more time spent at home during the pandemic. To avoid spending too much time on the couch, a health expert recommends games that incorporate exercise.

“One of the things as a result of the pandemic is that people are playing a lot more video games,” said Stephen Totillo, Editor-in-Chief of Kotaku – one of the world’s biggest gaming sites.

Totillo says that while time spent gaming is up on some of the most popular games like Fortnite and Animal Crossing, players are doing it as a safe way to stay connected with friends, too.

“People might think of gaming as a thing you just do on the couch… But you can get up off the couch….there’s plenty of games you can do for exercise,” said Totillo.

He recommends Just Dance, as an example.

We met Elliana, Shana and Charlotte in Ardsley, New York who’ve been bustin’ a move and having fun with the game through quarantine.

Shana’s mom, Sue Weinstein, who happens to be a child psychiatrist, told us that games like Just Dance are also a form of exercise for your brain, and can reduce ADHD.

Also on the list of interactive games, Totillo suggests the Nintendo Switch Ring Fit Adventure, where you manipulate a ring controller to burn calories and beat the bad guys!

In addition, you can put your dukes up with Fitness Boxing on the Nintendo Switch.